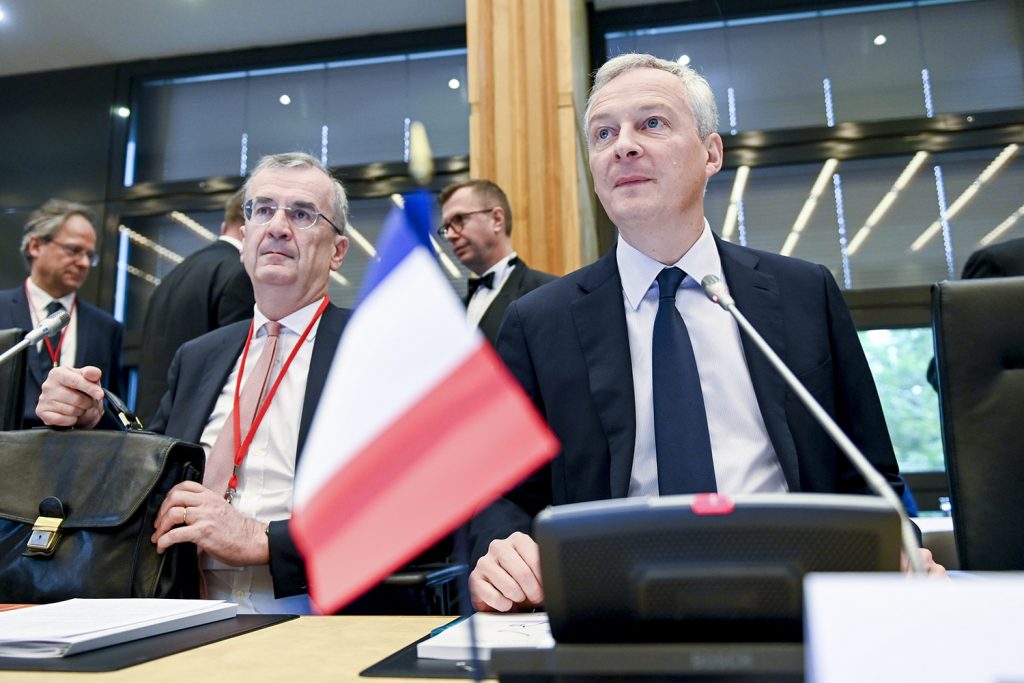 While French President Emmanuel Macron’s comments about NATO dominated transatlantic conversations in recent weeks, another source of tension in US-French relations boiled up again in early December. The US Trade Representative’s Office (USTR) released its report on France’s new digital services tax on December 2, concluding unsurprisingly that the new French measure is “intended to, and by its structure and operation does, discriminate against US digital companies.” US President Donald J. Trump soon followed up with a threat of US retaliatory tariffs against a star line-up of French exports—wine, cheese, and luxury goods—which in turn drew criticism from France. The proposed tariffs would draw a strong European Union response, said French finance minister Bruno Le Maire and Commission officials.

The digital services tax front is just the latest in a brewing US-EU trade war. Critics of France’s unilateral move argue Paris is complicating existing disputes over the aerospace, automobile, and the steel industries. Its supporters point to the fact that the French decision has triggered real movement on the issue of digital taxation at the international level.

The French government won parliamentary approval for its new digital services tax (DST) in July 2019, citing a perceived lack of progress at the multilateral level in reforming outdated international taxation rules in the digital age. Paris is hardly alone in its concerns over the current international rules that according to proponents of digital taxes allow tech firms to shift profits from digital services to lower tax countries and lead to tax base erosion. Other countries considering similar measures include the United Kingdom, Austria, Belgium, Italy, and Turkey, and are no doubt watching the ongoing developments with great interest.

The French DST, set to go into effect January 1, 2020, will charge companies with 750 million euros of taxable digital services worldwide and 25 million euros of taxable digital services in France a levy of 3 percent. Paris has argued that its unilateral measure is a stop-gap measure to prompt renewed impetus for multilateral negotiations at the Organization for Economic Cooperation and Development (OECD) and would be replaced once there is a new international agreement on how to tax digital services. The United States and France agreed a ninety-day period this summer for negotiations at the OECD without the threat of retaliatory tariffs.

The USTR report under Section 301 of the 1974 Trade Act is an important procedural step as the United States has been weighing its options to react to the French decision. USTR cites targeted statements by French officials, including French Finance Minister Bruno Le Maire, and graphics on an official French government website containing logos of large US companies as evidence. It further argues that the French tax singles out US companies “by covering only services where US companies are dominated and excluding services where French companies are more successful.” The findings also bring into question the revenue threshold, which is alleged to target US digital giants. The report concludes that, “imposing duties, fees, or other import restrictions on the goods or services of France” might be an appropriate response. To that end, US officials have proposed tariffs on $2.4 billion of French products.

All eyes on Paris

When it comes to the question of how to tax the digital economy and digitally enabled services, both the United States and Europe say they prefer a multilateral resolution at the OECD level, as does much of private industry. Negotiations on so-called “Base Erosion and Profit Shifting” (BEPS) at the Paris-based organization have been underway since 2012. Few dispute that the French move has prompted intensified OECD talks on the issue. In October, the OECD secretariat released a consultation paper that provided more details on two key aspects. First, the paper outlines revised nexus rules to capture only virtual contacts with customers in another country and new profit allocation rules that would govern how profits from digital services are assessed for tax between two jurisdictions. Second, it includes a floor for corporate tax and provisions to eliminate deductions for base-eroding payments as part of its “global anti-base erosion proposal” (GloBE).

But there are doubts over whether an agreement will be reached by the 2020 deadline given the broad areas of disagreement between the United States and Europe over key standards and practices of the international tax system. Some observers have also questioned whether the United States will actually accept an OECD deal despite its engagement in the current process.

Headache for industry, US government

Compliance is one of biggest concerns for industry regarding unilateral digital service taxes. With more countries considering instituting their own version of the tax, terms and standards, such as revenue thresholds and levy amounts, are negotiated and enacted on the national level. Over time, this could lead to hundreds of different structures, some subject to change based on the direction of national political winds. This concern has already played out in Kenya, where the US company Uber has requested clarity on the country’s new digital tax—“to avert costly litigation resulting from conflicting interpretations.”

Both supporters and detractors of the French DST acknowledge that Paris has compelled the US government to move on the issue of digital taxation. Washington has sought to head off the French legislation in order to contain further initiatives in other countries that could produce the aforementioned web of overlapping and conflicting provisions while also eating into the US tech tax base.

A trade policy and tariff-based response to the French DST by the US government seems likely to escalate existing trade tensions and fuel the digital sovereignty fire in Brussels and other European capitals.