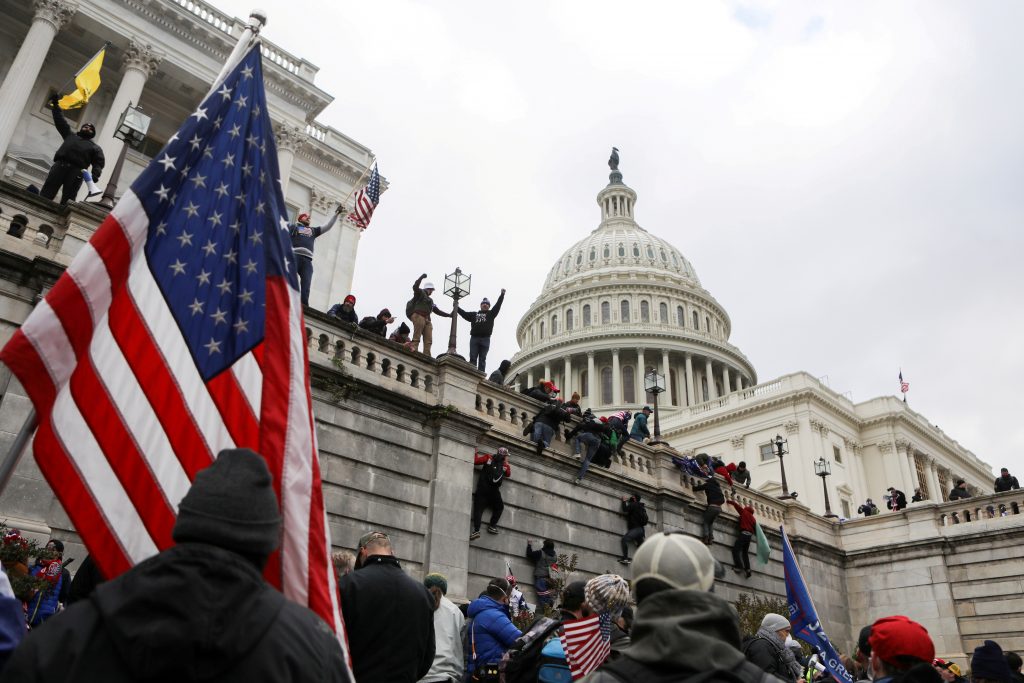 US Capitol under Assault. Fired up by President Trump at a White House rally,  thousands of protestors marched down Pennsylvania Avenue and stormed the US Capitol on January 6, disrupting congressional proceedings to certify Joe Biden’s electoral victory. The specter of members of Congress scurrying for safety as rioters rummaged through the Capitol, threatening violence against Vice President Mike Pence, House Speaker Nancy Pelosi, and others, seemed unfathomable in a nation that takes pride in its longstanding tradition of peaceful transitions of power.

Biden Takes the Reins. President Joe Biden was sworn in as America’s 46th president on January 20, issuing a call for unity and humility, and pledging to “repair our alliances and engage with the world once again.” Among his first actions as President, Biden took steps to recommit the United States to the Paris climate agreement and rejoin the World Health Organization, while reaching out to democratic allies in Europe and Asia to affirm America’s alliance commitments.

Putin Jails Opposition Leader. Tens of thousands of protestors took to the streets across Russia – in smaller towns as well as major cities – in a show of support for opposition leader Alexey Navalny, who returned to Russia on January 17 after recovering from attempted assassination by Russian intelligence services using a nerve agent, in what was described as a “battle of wills.” Navalny was quickly sentenced to nearly three years in prison, sparking an international outcry.

“America has been tested and we have come out stronger for it. We will repair our alliances and engage with the world once again. Not to meet yesterday’s challenges, but today’s and tomorrow’s. We will lead not merely by the example of our power but by the power of our example. We will be a strong and trusted partner for peace, progress, and security.”
– US President Joe Biden

Image: Supporters of U.S. President Donald Trump climb on walls at the U.S. Capitol during a protest against the certification of the 2020 U.S. presidential election results by the U.S. Congress, in Washington, U.S., January 6, 2021. REUTERS/Jim Urquhart