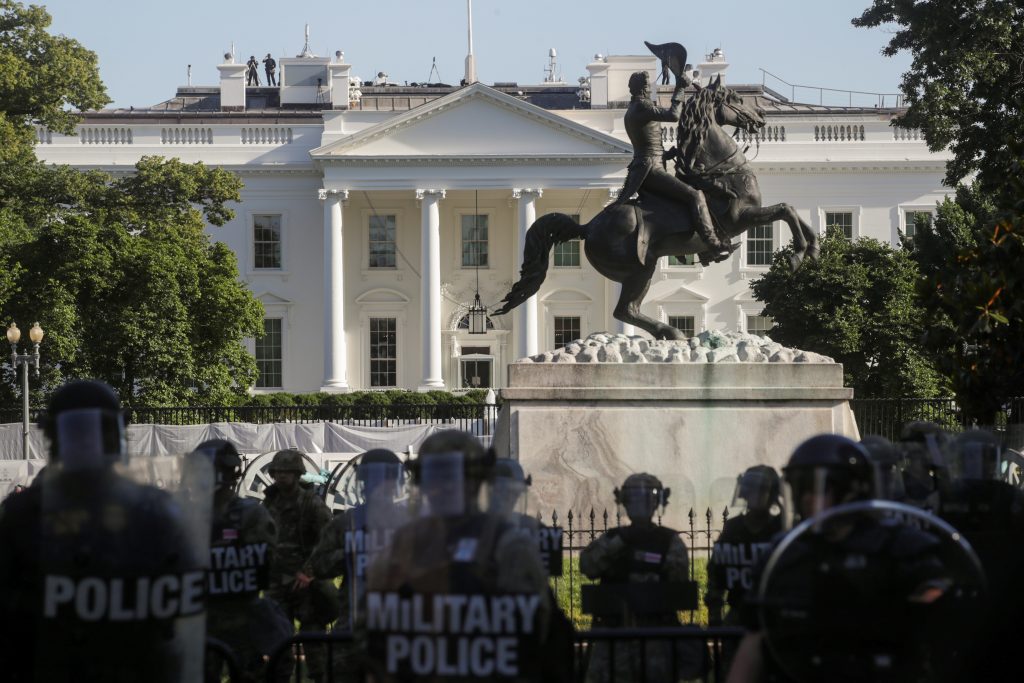 Eyes on America. As Americans take to the streets to protest the shocking death of an African American man by a white police officer, global news channels have highlighted numerous displays of excessive police force against peaceful demonstrators and live attacks on and arrests of journalists. The aggressive use of tear gas and flash grenades to make way for a presidential photo-op across from the White House drew widespread global criticism and spurred an official Australian investigation.

China’s Power Play. China made a series of aggressive moves to assert its influence in the Asia-Pacific. Beijing enacted a new national security law in Hong Kong that could curtail basic rights and jeopardize its commitment to “one country, two systems,” conspicuously dropped the word “peaceful” from its annual call for unification with Taiwan, and deployed several thousand troops to its border with India—resulting in skirmishes that have left dozens of troops injured.

Vaccine Nationalism. As the race for a coronavirus vaccine accelerates, Chinese state media reports that Beijing expects to have a vaccine ready before the end of the year. Pharmaceutical companies in the United States, Europe, and India are also making significant progress. But the United States was noticeably absent from an EU donor conference aimed at global cooperation to develop a vaccine and later announced it would permanently withdraw from the World Health Organization, raising concerns that the United States, China, and others may engage in “vaccine nationalism.”

State of the Order This Month: Weakened

Actions and Analysis by the Atlantic Council

The Democratic Order Initiative is an Atlantic Council initiativeaimed at reenergizing American global leadership and strengthening cooperation among the world’s democracies in support of a rules-based democratic order.  Sign on to the Council’s Declaration of Principles for Freedom, Prosperity, and Peace by clicking here.