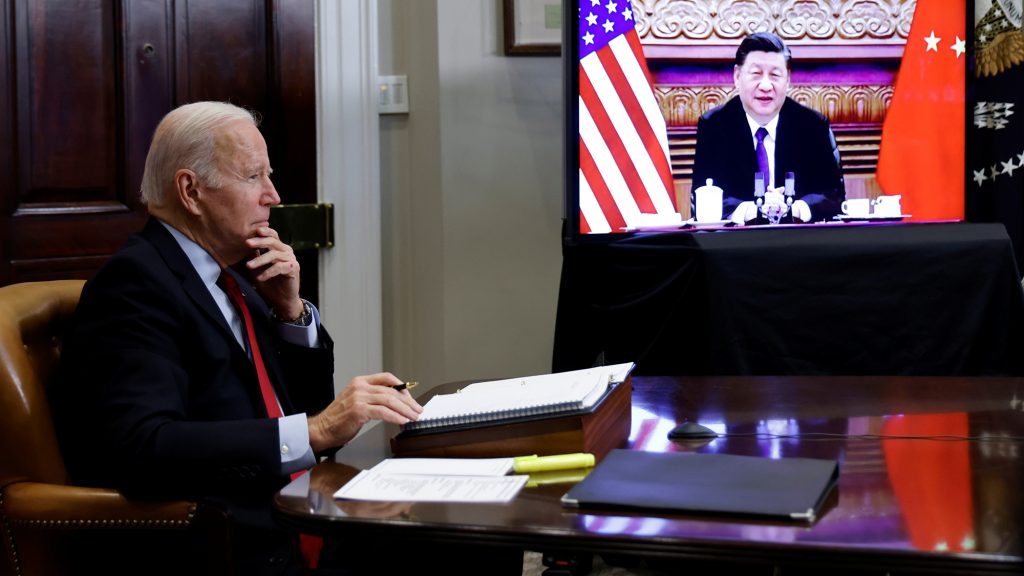 Biden-Xi Summit. President Biden and Chinese President Xi Jinping met for several hours in a virtual summit that covered Taiwan, Beijing’s economic policies and human rights practices, climate change, nuclear and hypersonic weapons, and other topics. While both leaders expressed a desire to maintain constructive dialogue, Xi reportedly warned that US support for Taiwan was “playing with fire” and that engaging in “ideological demarcation” and “group confrontation” would “inevitably bring disaster to the world.”

Russia Threatens Ukraine. With up to one hundred thousand Russian troops amassing near the Ukraine border, US officials expressed alarm that Moscow could be planning a further invasion of Ukraine. CIA Director Bill Burns was dispatched to Moscow, while President Joe Biden reiterated America’s “unwavering support” for Kyiv and NATO Secretary-General Jens Stoltenberg warned that an incursion by Russia would carry a “high price.” In addition, Ukrainian President Volodymyr Zelensky announced that his government had uncovered plans for an attempted coup against him, allegedly organized by the Kremlin.

New Climate Pact. Wrapping up a UN-sponsored global climate conference in Britain, delegates from nearly 200 countries agreed to a significant new climate agreement that, for the first time ever, includes language explicitly calling for a “phase down” of coal power, as well as a curb on methane emissions and deforestation. The Glasgow Climate Pact reaffirms previous goals to limit any significant additional rise in global warming, but left unresolved how much and how quickly states should aim to cut emissions, calling instead on governments to set more ambitious targets in 2022.

“Democracy is being challenged from both inside and outside. Authoritarian regimes try to influence the outcomes of our democratic elections. In the United States, hundreds of people attacked the Capitol, the heart of [American] democracy. In the European Union, some are questioning basic democratic principles upon which our union is built. It is time again to stand up for the values that define our democracies.”