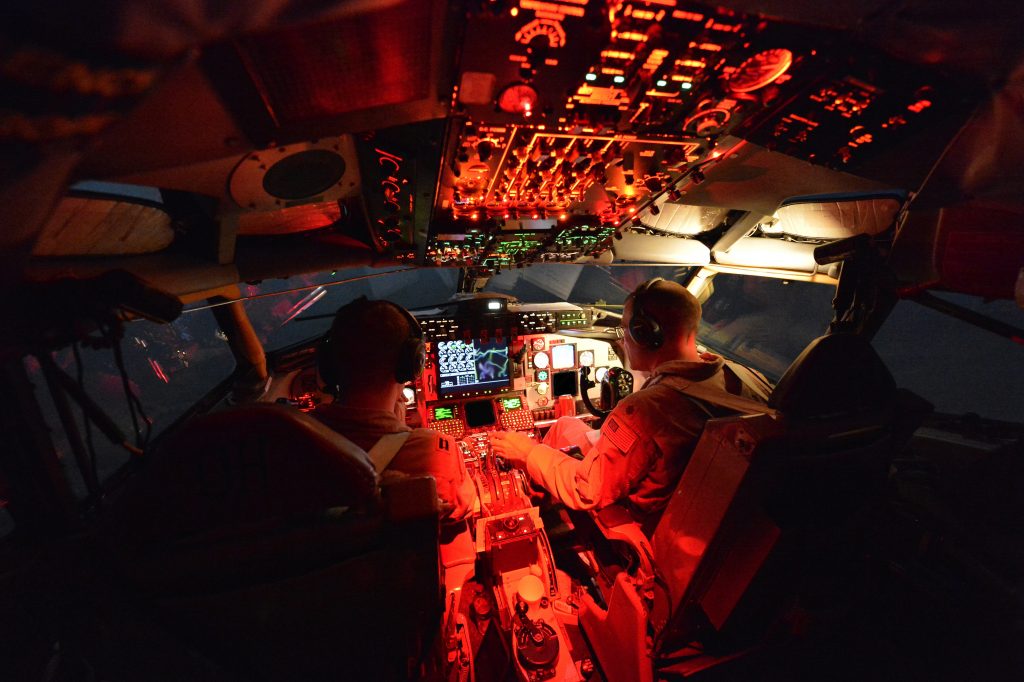 On Thursday, July 1, the Scowcroft Center’s Forward Defense practice area hosted Air Force Chief of Staff General Charles Q. Brown Jr., the most senior uniformed leader of the US Air Force, for a Commanders Series discussion on how the service will leverage emerging technologies and novel domains as strategic competition expands to these new areas. In accordance with Forward Defense’s mission to produce forward-looking assessments of the trends, technologies, and concepts that will define the future of warfare, this event explored how the US Air Force must adapt to meet the demands of twenty-first century security challenges.

Michael Andersson, Atlantic Council Board Director and Head of Strategic Partnerships and International Affairs at Saab, Inc, set the stage by referencing a past Commander Series event with senior Air Force leaders, including General Brown’s predecessor General David L. Goldfein. Just as that discussion detailed the Air Force’s first Arctic strategy, Mr. Andersson noted that, a year later, the Air Force continues to plan for warfare spanning novel domains and emerging theaters of competition. Ambassador Paula J. Dobriansky, Vice Chair of the Scowcroft Center and Senior Fellow at Harvard University’s Future of Diplomacy Project, then underscored the crucial role of air power in modern warfare. As US adversaries fight to degrade and deny US air capabilities, the United States and its allies must fight to maintain freedom of operation in the skies.

Fight and flight in modern air warfare: A conversation with Chief of Staff of the Air Force Gen Charles Q. Brown, Jr.

General Brown continued the conversation by stressing the importance of the post-World War II rules and norms-based international order, particularly in the face of rising powers that are testing the boundaries of responsible behavior, and by noting the role of the Atlantic Council in maintaining that order by strengthening the United States’ relationships with its allies and partners. General Brown made note of Secretary of Defense Lloyd Austin’s relevant remark that the last few decades have been spent on the last of the old wars. With new technologies emerging and adversaries contesting the United States in every domain, future conflicts will be different, and the character of warfare will change. In order to maintain the norms-based international order in the face of these changes, the US Air Force must itself change, faster than it has in the past, in order to be agile, resilient, digitally connected, and ready to act anytime and anywhere.

The Wall Street Journal National Security Correspondent Vivian Salama moderated the ensuing discussion, building upon this topic by asking about the modern shift away from conventional, boots-on-the-ground warfare, and how that change will impact the Air Force. In response, General Brown pointed out that a defining feature of modern warfare is the rapid movement of information. The US Air Force is particularly well-equipped for this sort of competition, since it can take action in hours and days where others might take weeks or months. In order to avoid and deter conflict, the US Air Force must be ready to move and respond to data to improve decision-making well in advance of a crisis. This should apply to classified and unclassified information, as critical information should be available to decision-makers from the lowest to the highest levels of the Air Force, both to facilitate effective delegation of tasks and to prepare for the potential interception of information or disruption of access to information by adversaries.

General Brown was previously commander of US Pacific Command, and has expressed that shifting away from the Middle East is a priority of the US Air Force. Given this background, Ms. Salama asked about the message that he hopes to send to the world, and particularly to China, about US military operations in the Pacific. General Brown stated that the US Air Force wants to be able to operate anywhere that international law allows and would contest excessive territorial claims. Further, the Air Force needs to demonstrate its powerful capabilities, to show that it can defend US allies in the region and globally, thus deterring attacks from adversaries. This will require a whole-of-government approach: working alongside other branches of the military, as well as the Department of State, to determine how far these operations should go. It will also require a mix of capabilities: different types of planes for different operations, and modernizing technologies as the Air Force transitions from what is needed today to what is needed in 2035.

Furthermore, General Brown shared his pride in Air Force recruitment efforts, remarking that the Force has been able to maintain its training and session programs even through the pandemic. The same number of pilots have been graduating, with the same level of training quality. According to General Brown, the next step in building a formidable force is to incorporate new technologies into the training programs, streamlining the process and opening up opportunities elsewhere (i.e., allowing helicopter pilots to train exclusively on helicopters). Equally critical will be increasing the diversity of the Air Force: Ms. Salama noted that only 2 percent of those enlisted in the Air Force are Black, a number that has stayed constant since 1984. General Brown emphasized the need to provide opportunities for young people from under-represented groups to experience aviation, noting that most people only aspire to be what they can see.

Ms. Salama next asked about nuclear modernization, and how the Air Force will face this challenge. General Brown commented that the United States has put off modernization for a few years as adversaries have started to transform their nuclear portfolios. The Air Force is on track to modernize in a few areas and continuing down this path will be cheaper than extending the lifespan of existing technologies. On the topic of hypersonic missiles, General Brown noted that he would be concerned if adversaries gained these capabilities before the United States. The United States’ goal is to get some of the first hypersonic capability into the Air Force by Fiscal year 2022, to stay one step ahead. With respect to the cyber domain, General Brown has been considering the norms of behavior in cyber, and the potential for behavior that crosses the boundaries to lead to miscalculations. The Air Force must be smart about the risks it takes in the cyber environment.

Ms. Salama closed the conversation by asking about mentorship, and particularly the most important lesson General Brown has learned over his career. General Brown stated the importance of “failing to succeed.” One door closing can lead to another door opening.

You can re-watch “Fight and Flight in Modern Air Warfare: A Conversation with Chief of Staff of the Air Force Gen Charles Q. Brown, Jr.” here or below. For more information about the Atlantic Council’s Forward Defense practice or to read our latest reports, op-eds, and analyses, please visit the website here. You can also sign up for updates from Forward Defense to hear the latest on the trends, technologies, and military challenges shaping tomorrow.

Vikram Venkatram is a Young Global Professional for Forward Defense in the Atlantic Council’s Scowcroft Center for Strategy and Security.