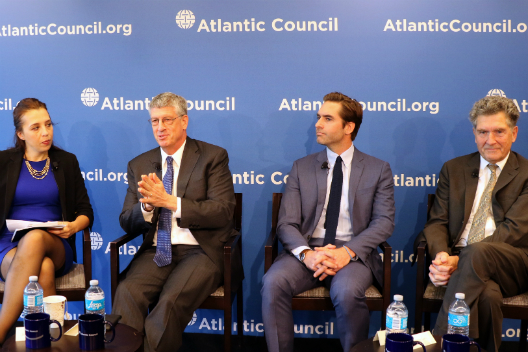 On Thursday, January 18, the Atlantic Council’s Africa Center hosted Amb. Koen Vervaeke, managing director for Africa at the European External Action Service, for a roundtable to discuss relations between the European Union (EU) and Africa in the wake of the fifth Africa-EU Summit, which took place last November in Abidjan, Côte d’Ivoire.

In his remarks, Vervaeke provided deep insight into the status of the relationship between Africa and Europe, underscoring the success of the recent Summit and the increased political will from both sides to work together in strategic priority areas. Vervaeke also acknowledged that the EU needs to be more flexible vis-à-vis its Africa policy, especially in light of the changing nature of conflict and security challenges on the continent and the spread of non-state armed groups. New challenges, Vervaeke emphasized, bring into question the suitability and sustainability of the current Africa-EU partnership. He exhorted that both sides need to be more strategic at joining forces in complementary ways to address mutual problems.

A discussion, moderated by Pham, followed Vervaeke’s prepared remarks and focused on a number of mutual concerns, including youth unemployment and the jobs gap, migration and mobility, and security and governance issues across the African continent.

Also in attendance and participating in the discussion were a number of current and former US and non-US government officials, business leaders, and civil society representatives.