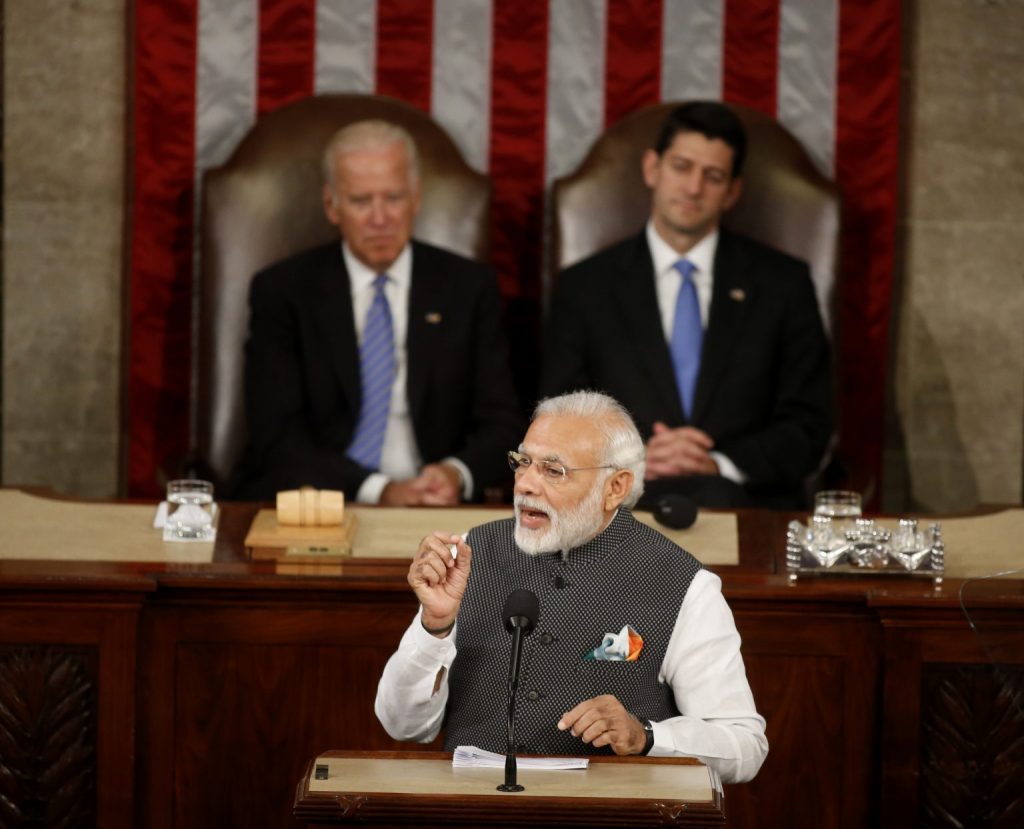 This conversation is a part of the South Asia Center’s US-India Initiative, building upon efforts to explore how the US-India bilateral trade relationship can be expanded and enhanced.

Reflecting on the US-India Trade relationship

Ambassador Gerrish, former Deputy United States Trade Representative under the Trump Administration, worked extensively on issues pertaining to US-India trade and highlighted the unique way the administration utilized GSP reviews in 2018 to increase the potential for trade deals. He emphasized key interests for both the United States and India, such as the dairy industry and electronic payment services, however noted that despite progress, negotiations had fallen short due to the possibility of incoming Indian elections, the Indian perception of the United States from a trade perspective, and the growing tensions between the two countries on trade issues, ranging from tariffs to localization policies. Moving forward, the relationship must be built up incrementally; promoting high-level engagement is essential to work through the bureaucracy; and the two countries must emphasize their collective interests, such as the presence of China in the region.

Ambassador Holleyman, Deputy Trade Representative under the Obama administration from 2014 to 2017, echoed similar concerns to those of Ambassador Gerrish, in particular the crucial role of high-level engagement as a “necessary precondition” for negotiations. To exemplify this perspective, he spotlighted the significant “ram up” of engagement following Prime Minister Modi’s meeting in 2014, which he states “helped catalyze energy” between the US-India relationship. This period saw increased communication between the two countries, with progress on fronts such as the TPP and the digital two dozen, which sparked the realization that common ground exists amongst the two countries. However, he also shared the challenges faced during his tenure. In particular, he highlighted the inability to address certain trade irritants and complete the execution of deliverables. In his analysis, he views the key challenge in the relationship being India’s comfort with the current “status quo.” However, he highlights, given India’s size, the scope of influence, and desire for growth, the current “go at it alone policy does not work.” In response, he outlined the various ways this report identifies what India can do and four immediate steps to reviving the trade relationship. The first step is to address immediate issues, such as the COVID crisis, which is inextricably linked with trade. Secondly, divergences on digital matters must be addressed. Thirdly, both countries must establish transparency agreements. Lastly, the Biden Administration must pick up on crucial opportunities presented by the Mini Trade Deal.

Role of leverage in the relationship

Mr. Linscott redirected the floor to address some key questions raised, beginning with assessing the importance of leverage in the relationship. Both panelists agreed on the critical role it plays in sustaining and pushing a relationship on trade between the two countries. In particular, the GSP is what Ambassador Gerrish describes as a “ready-made” tool for leverage, which could continue to assist in today’s bilateral trade relationship. Other forms of leverage outlined by Ambassador Gerrish include Section 301 investigation, a relatively stringent measure, and the “promise of enhanced strategic relationship and benefits.” Ambassador Holleyman introduced another form of leverage, the Quad, which offers leaders a platform to engage on common national security issues, including trade.

Confidence-building measures, the mini trade deal, and beyond.

The next question, raised by Ms. Ritchie, centered around the types of achievable CBMs in the trade relationship with India. Ambassador Holleyman pressed on the role of regular and preferably high-level, over sporadic engagement and further emphasized the role of the Quad as a unique opportunity to highlight issues on a large, influential forum. Ambassador Gerrish reiterated the importance of high-level or top-down engagement while also stressing the need for regular, meaningful interactions and transparency to establish CBMs.

The next question shared by both the audience and Ms. English delved into the future prospects of the mini trade deal. Both seemed hopeful, highlighting the various ways in which the issues covered in the mini trade deal are “commercially meaningful,” as stated by Ambassador Gerrish, and overlapping for both countries.

Ms. English closed the event with the final question looking to the future of US-India trade relations, determining whether it is better to approach India bilaterally or through alliances such as the Quad. Ambassador Gerrish highlights the unique platform the Quad provides on digital trade, where India is currently moving in what he describes as a problematic direction, away from the mutual interests of many countries. Furthermore, Ambassador Holleyman stresses the immense potential of the Quad in creating real progress, given that the forum is utilized to address a few selected issues rather than all irritants. Likewise, he also points to the ample opportunities that can arise, if actions are taken in a less politicized manner in the US. Overall, if the two countries can leverage their shared interests bilaterally and engage with the Quad, as NRSF Mark Linscott points out, the future for robust engagement can be anticipated.

All in all, trade is of imminent concern to both countries, given the overlapping interests of the two nations and India’s expanding geopolitical scope. This launch helped us navigate the complexities of the US-India trade relationship, with both panelists offering candid views on the current situation while also providing realistic ways to approach future interactions. Both panlists stressed  on the importance of high level, continuous engagement, and new avenues for the Biden administration to explore, including the Quad to build a long-lasting and resilient relationship.