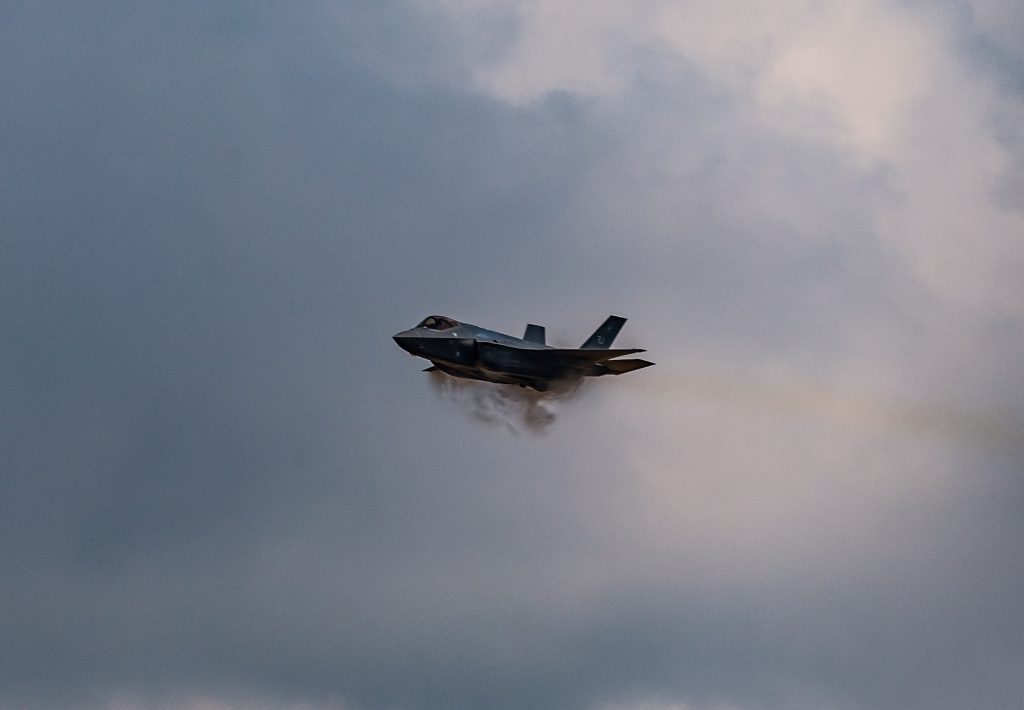 On Tuesday, June 30, the Scowcroft Center’s newly established Forward Defense practice area hosted a panel of distinguished speakers to discuss the future of high-tech warfare in the context of great-power competition. In accordance with Forward Defense’s mission to produce forward-looking assessments of the trends, technologies, and concepts that will define the future of warfare, this event explored the opportunities for, and challenges of, integrating autonomous technologies into the US military.

Featured on “The Future of High-tech Warfare” panel were Anduril Chief Strategy Officer and former Senate Armed Services Committee Staff Director Christian Brose, Former Vice Chairman of the Joint Chiefs of Staff and Atlantic Council Board Director General James Cartwright, and former Undersecretary of Defense for Policy Michèle Flournoy. The panel was moderated by journalist and renowned author David Ignatius. The panelists and audience were challenged to consider the main conclusion of Christian Brose’s new book, The Kill Chain: that the United States is already lagging behind in great-power military competition because it has, for years, invested billions of dollars in expensive and vulnerable ships, planes, and other military platforms.

The future of high-tech warfare

ONLINE EVENT – How true is the truism that the United States possesses the world’s strongest military? While many in Washington and beyond worry about the military rise of great-power rivals like China, Christian Brose makes the provocative case that the United States is already lagging behind in the military competition because it has for years invested billions of dollars in expensive and vulnerable ships, planes, and other military platforms.

Mr. Brose began the discussion by suggesting that the Chinese government is engaged in a “methodical effort” to build a force capable of challenging the US military’s ability to project power. The US military’s overreliance on capital assets is fiscally infeasible and vulnerable to asymmetric attacks by autonomous, expendable platforms. Mr. Brose argued that the US military—spurred on by Congress and the defense industry—has become entrenched in the way it operates. In order to mitigate this trend, the United States should prepare for the future by integrating emerging technology into the armed forces. When Mr. Ignatius challenged Mr. Brose to consider political obstacles to this proposal, the latter responded by decrying what he called the “military-industrial-congressional complex” and observed that a systematic change to the armed forces would require changing the incentive structure that affects each of these three actors. In response to audience questions about the United States’ overseas security commitments, Mr. Brose asserted that the United States needs to empower its allies to do more to defend themselves without appearing to abandon them. He also acknowledged the risks of overextending commitments abroad and explained that success in great-power competition requires prioritization and planning.

General Cartwright articulated his view of the military’s most significant short-term problems. First, it takes too long to reposition assets when confronted by an immediate threat. The United States has the strongest military in the world, but it is impossible to ensure that the right assets are in the right place at the right time. Second, the US military is unable to support long-term operations when called upon to deploy rapidly. To combat future threats, the United States needs to be able to establish a persistent and sustainable forward presence in a very short amount of time. Third, the United States continues to rely upon its two oceans for protection, even though this is increasingly insufficient. In order to overcome these challenges, General Cartwright offered a few solutions. Instead of focusing on building a few exquisite platforms, the US military should instead increase “mass” by mobilizing a greater number of assets. Because the operational environment extends to all domains, the US military need to build the ability to “maneuver” across them quickly. Finally, the US military need to develop the ability to “swarm,” which General Cartwright defined as the “coherent application of mass and maneuver.”

Undersecretary Flournoy observed that there has been a shift towards thinking about great-power competition in recent years, but this shift has not been accompanied by a commensurate change in concepts, culture, and service programs and budgets. She explained some of her recommendations on how to effect these improvements. The Department of Defense (DOD) needs leadership that will prioritize the fielding of advanced capabilities and maximize the efficiency of large investments. Instead of pouring more money into legacy platforms, investments must involve platforms that are survivable and lethal at the necessary range. These investments should be based on the outcomes of comprehensive wargaming. The DOD also needs to incentivize innovation to meet operational gaps. To maximize the utility of new technology, the DOD should recruit a more tech-savvy workforce. Finally, the DOD needs to continue to build trust in Congress so that budget appropriations align with departmental priorities.

You can re-watch “The Future of High-Tech Warfare” here or below. For more information about the Atlantic Council’s Forward Defense practice or to read our latest reports, op-eds, and analyses, please visit the website here. You can also sign up for updates from Forward Defense to hear the latest on the trends, technologies, and military challenges shaping tomorrow.