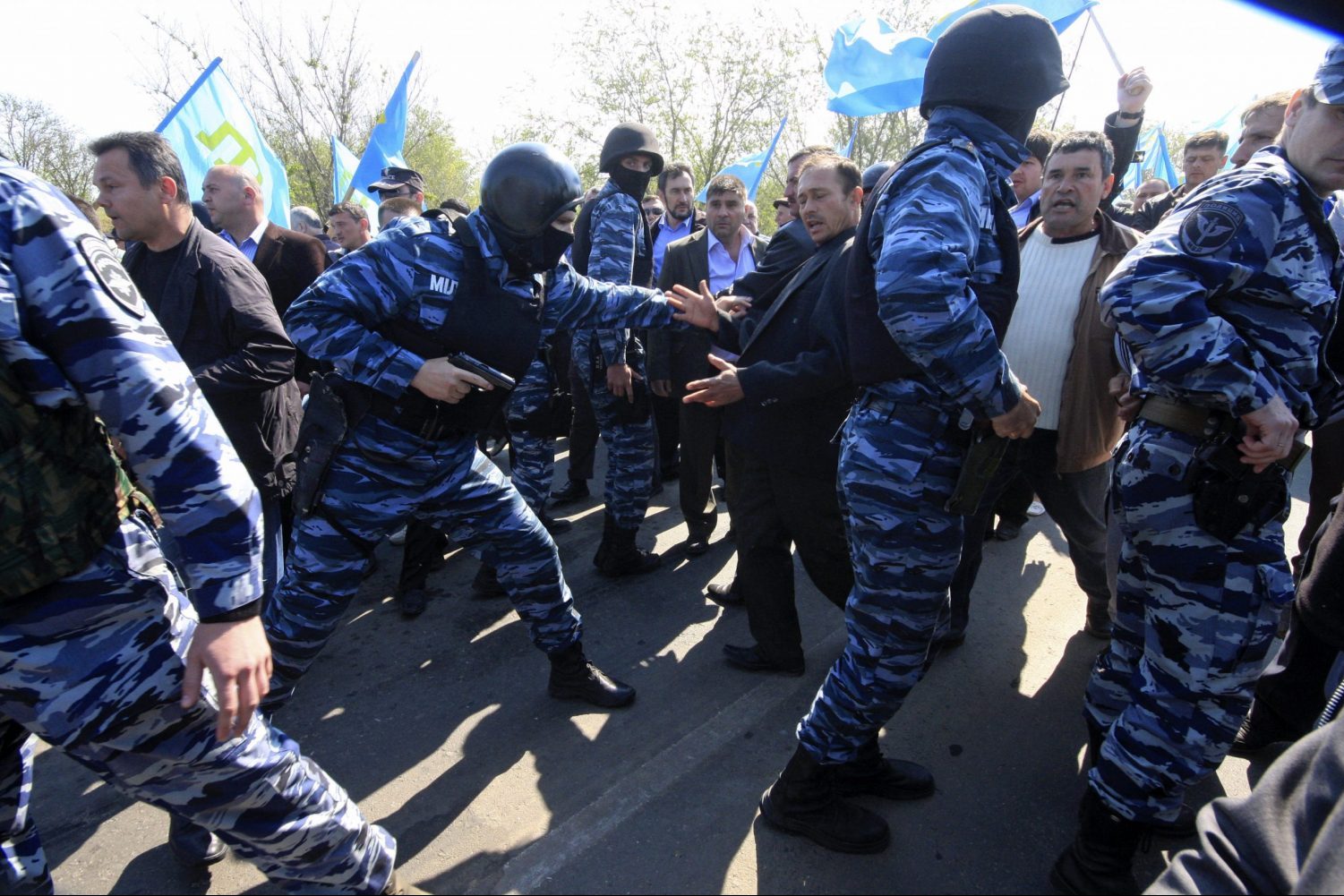 On January 28, Atlantic Council Eurasia Center Deputy Director Melinda Haring briefed the US Commission on Security and Co-operation in Europe on the human rights situation in Crimea. This is a summary of her testimony.

The human rights situation in Russian-occupied Crimea is acute and merits a hearing as a stand-alone issue. But what happens in Crimea has significance that goes beyond the plight of the two million people who live there. In Crimea, Moscow is learning how to apply a range of oppressive and coercive tactics to minorities it perceives as hostile or of questionable loyalty. These insights could be applied elsewhere in Russia, which is home to considerable non-Russian minority populations. How the US government reacts to the ongoing abuses in Crimea will undoubtedly factor into Moscow’s calculus on comparable situations in the future.

The picture in Crimea is grim. It is no exaggeration to say that the peninsula is becoming a police state. Crimea, once the pearl of the Black Sea and a prime vacation destination, is cut off from the rest of the world. The media is controlled by the government. Independent media sources are forbidden and have been blocked and barred from the peninsula. Ukrainian journalists and photographers are not allowed to visit Crimea, and freelance journalists residing in Crimea have been charged with involvement in terrorism for simply reporting stories.

According to Human Rights Watch, the free press that acts as a lifeline between Crimea and the rest of the world is in grave danger. Taras Ibragimov, one of Crimea’s few independent journalists, was recently banned from entering the peninsula on bogus charges that he was a threat to state security. He has been banned from entering for 34 years. His crime? He told the world about the occupying authorities’ widespread and violent abuse of minorities in Crimea.

The good news is that the US government worked quickly to stand up an excellent independent source of online information that is flourishing. Within three months of Russia’s 2014 annexation of Crimea, RFE/RL’s Ukrainian Service launched Crimea.Realities, a website dedicated to developments on the peninsula published in Russian, Ukrainian, and Crimean Tatar. It is the top-ranked news source on Crimea, with approximately 2.4 million visits per month in 2019.

Religious freedom is also a serious concern. The Ukrainian Orthodox Church is forbidden in Crimea, and Crimean Tatars are routinely interrogated after Friday prayers.

Another area of concern is education and language rights. Education programs and textbooks have been rewritten to emphasize that Crimea had always been part of Russia and has in fact been rightfully returned. In addition, education has been Russified; classes held in Ukrainian and Crimean Tatar have been dropped. Military preparation classes have become obligatory for students.

The occupying authorities have used political persecutions to establish fear and force those who disagree with annexation to flee. Since 2014, approximately 50,000 people, including more than 25,000 Crimean Tatars, have fled Crimea.

The situation is getting worse. According to the Crimean Tatar Resource Center, the number of politically motivated arrests has increased nine-fold from 2017 to 2019. One hundred Crimean political prisoners are currently being held in Russian prisons and have not been released or exchanged since 2014.

The FSB (Russian security service) is doing its best to stamp out dissent. Up to 200,000 people have been approached, intimidated or interrogated by FSB officials during the past six years of occupation, according to local activists. Russia uses various intimidation tactics to create a climate of fear and to signal that resistance is futile. Tactics include breaking into the homes of Crimean Tatar activists brandishing automatic weapons between 4 am and 6 am to terrorize sleeping families.

Russia has effectively turned Crimea into a Russian military base. The Soviet Union’s bases on the peninsula have been restored, and anti-aircraft missile systems now line Crimea’s perimeter. Additionally, the Russian government may have placed nuclear weapons in Crimea. In 2018, independent Russian military analyst Pavel Felgenhauer concluded that Russia had placed nuclear weapons in Crimea because of the presence of nuclear-capable delivery systems, although Moscow will not confirm or deny the presence of nuclear weapons.

Perhaps most troubling are reports that the state is using its security services to encourage ordinary people to spy on their neighbors and families. Activists say the security services are working with schoolteachers, students, civil servants, and other administrative platforms to encourage people to report any suspect misbehavior including private comments. These reports are used as a basis for arrests and false charges. The FSB is also monitoring social media for pro-Ukrainian sentiment.

Russia has taken steps to prevent the West from observing Crimea’s slide toward a police state. No international monitoring of human rights has taken place in Crimea since 2014. The United Nations and the Organization for Security and Co-operation in Europe have a mandate to monitor human rights in Ukraine and Crimea, but the Kremlin has successfully blocked them, sometimes at gunpoint, from entering the peninsula.

Some may dismiss the fate of Crimea’s two million residents as a specialist issue. However, what happens in Crimea may not stay in Crimea. Moscow is using Crimea to test and refine coercive and repressive approaches toward minorities it views as questionable or hostile. These authoritarian tactics could be enacted elsewhere. This means the fate of the Crimean peninsula is not a boutique issue, but one of vital importance to anyone who cares about human rights in Russia and beyond.

Melinda Haring is the deputy director of the Eurasia Center at the Atlantic Council. She tweets @melindaharing.