They’re up in arms. The United Arab Emirates is threatening to scuttle a $23 billion weapons deal with the United States because of a disagreement over US security restrictions intended to guard against Chinese espionage. What does this dispute over US-made F-35 fighter jets and Reaper drones reveal about the relative influence of the United States and China in the Gulf? Can these partners resolve their differences? Our defense insiders swooped in with their insights.

The calculus in Abu Dhabi 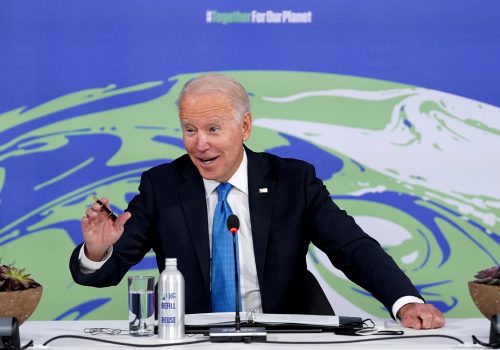 Special Report: Three lessons from Riyadh and Glasgow, as climate change collides with an energy shock

The world is experiencing more energy transition than revolution, climate adaptation is critical, and politics will indelibly shape the energy future. 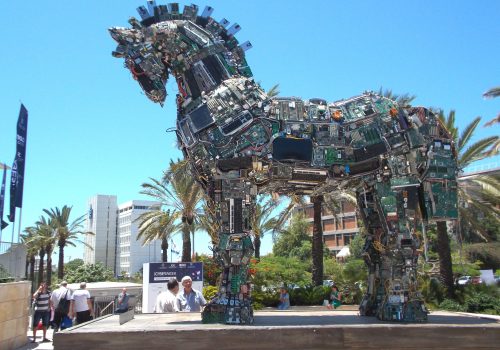 The 5×5—The state of cybersecurity in the Middle East

The 5×5 By Simon Handler

How will recent developments in the Middle East affect cybersecurity cooperation, and what does the future of the region’s cyber landscape look like? 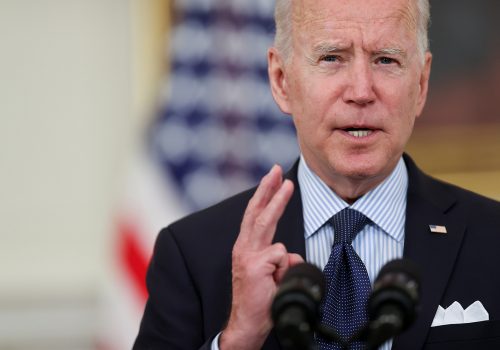 Four Mideast signs of change offer historic opportunity. Here’s how Biden can build on them.

Image: A Lockheed Martin F-35 aircraft is seen at the ILA Air Show in Berlin, Germany, on April 25, 2018. Photo via REUTERS/Axel Schmidt.