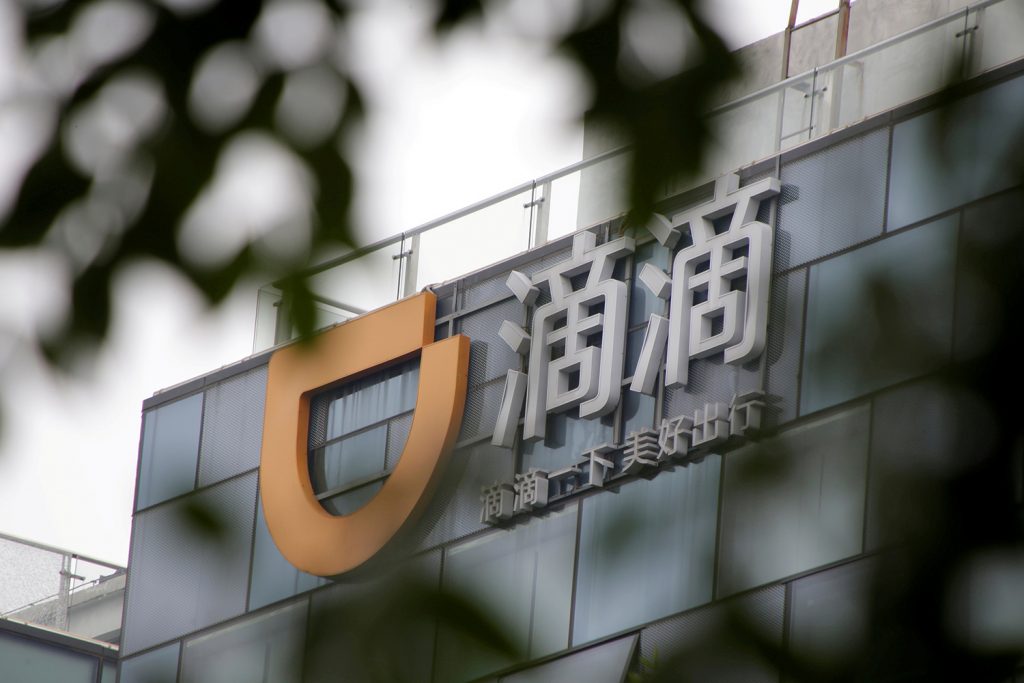 This was a clarifying week for global investors—or for anyone concerned about authoritarian capitalism—of just how much the Chinese Communist Party (CCP) would be willing to pay to ensure its dominance.

The answer, according to a rough calculation from a new partnership formed by the Rhodium Group and the Atlantic Council, is as much as $45 trillion in new capital flows into and out of China by 2030, if the party were willing to pursue serious reform. It’s an immeasurable loss of economic dynamism.

What is clear is that Chinese President Xi Jinping, during this month’s celebration of the one hundredth anniversary of the CCP, has sent an unmistakable message at home and abroad of who is in charge.

Chinese domestic companies, particularly of the tech and data-rich variety, will be more likely to shun Western capital markets and adhere to party preferences. Foreign investors, only too happy to accept risk for the long-proven upside of Chinese stocks, now must factor in a growing risk premium as Xi tightens the screws.

“Wall Street must now acknowledge that the risk of investing in these companies can’t be known, much less disclosed,” writes Josh Rogin in the Washington Post. “Therefore, U.S. investors shouldn’t be trusting their futures to China Inc.”

The story that triggered this week’s stir was the $4.4 billion US initial public offering (IPO) of the world’s largest ride-hailing and food delivery service, Didi. The ripples could be long-lasting and far-reaching for the lucrative relations between China and Wall Street. Dealogic shows that Chinese companies have raised $26 billion from new US listings in 2020 and 2021.

Until this week, the greatest concern for investors was that new US accounting rules would stymie that flow. It is now more likely to be Chinese regulators themselves who plug the spigot.

The facts are that Didi Global Inc. began trading on the New York Stock Exchange on June 30, auspiciously one day ahead of the CCP centennial celebration.

One early hint of trouble was that the company played down the blockbuster listing. Not only did company officials resist the usual routine of ringing the opening bell. They went further by instructing their employees not to call attention to the event on social networks.

But by July 2, Chinese regulators put Didi under cybersecurity review, banned it from accepting new users, and then, in the next days, went even further by instructing app stores to stop offering Didi’s app.

Credit all of that to a mixture of increasingly authoritarian politics, regulatory concerns over data privacy and US markets, and the continual expanding of fronts in the US-Chinese contest.

The cost to investors by Friday was a drop to only 67 percent of the stock’s original value. If that’s as far as the downside goes and if the regulatory retaliation against Didi stops where it is, this week could still be dubbed a win by Didi executives.

The more serious matter is the wider chilling effect, coming in the context of a series of stalled or reversed Chinese economic and marketization reforms.

The latest came on Thursday when the Wall Street Journal reported that the Cyberspace Administration of China, which reports to Xi, would police all overseas market listings.

On that same day, Chinese medical data firm LinkDoc became the first Chinese company to ditch its IPO after the Didi news. Expect more Chinese companies to shelve planned listings and for many others to remove them from consideration.

For all the billions of lost investment capital this could bring over the short term, the larger cost is one that could be measured in trillions of dollars of endangered potential as Xi consistently backs away from the market liberalizations he once appeared to champion.

The story could not be more clearly written than through the accompanying charts from Rhodium and the Atlantic Council’s GeoEconomics Center. From 2000 to 2018, China’s economic growth shook the world as it expanded its share of the global gross domestic product (GDP) from 4 percent to 16 percent. China enjoyed similar growth in goods exports and imports.

In a must-read analysis of the Chinese economy in Foreign Affairs, Atlantic Council nonresident senior fellow Daniel Rosen, who is also a Rhodium Group founding partner, argues that China under Xi has repeatedly attempted to reform the Chinese economy, only to pull back. The accompanying chart provides a useful overview of what has become habit.

“The consequences of that failure are clear,” Rosen writes. Since Xi took control, total debt has risen to at least 276 percent of GDP from 225 percent. It now takes ten yuan of new credit, up from six, to create one yuan of growth. GDP growth fell to 6 percent in the year ahead of the pandemic from 9.6 percent.

Writes Rosen: “At some point, China’s leaders must confront this tradeoff: [S]ustainable economic efficiency and political omnipotence do not go hand in hand.”

Conventional wisdom has it that the West was naïve to think that China’s economic growth and modernization, which the West so enthusiastically supported, would eventually bring with it political liberalization. Now the conventional wisdom is that China has shown it can be brutally authoritarian and economically dynamic simultaneously.

What’s probably more true is that Xi may soon face the contradictions between his simultaneous desire for economic dynamism and increased authoritarian control. History shows he cannot have both, but for the moment, Xi appears willing to risk the dynamism in favor of the control.

Dan Rosen’s must-read in Foreign Affairs provides the most useful piece I have found to understand the high-stakes tension for Xi between authoritarian control and economic dynamism.

“Why is it important to understand that Xi did not resist reform but instead failed at it?” asks Rosen, Atlantic Council nonresident senior fellow and Rhodium Group founding partner. “If investors, businesses, and other governments believe that Xi has spurned reform but that China can deliver growth without it, then they will endorse and invest in Beijing’s model.”

It thus follows, he argues, that if they “understand that Xi has in fact attempted to liberalize but retreated to a low-productivity command-and-control economy, then they will hesitate, if not withdraw, and insist that Beijing do the hard work of policy reform before it can earn their trust.” Read more →

Bloomberg examines how the Didi fiasco fits into Xi’s wider crackdown on Chinese tech companies as he walks a difficult tightrope between controlling the tech industry and promoting innovation.

“Didi’s listing in the U.S. last week came just as Xi is looking for ways to control the vast reams of data held by China’s tech giants, in part to ensure the Communist Party spreads the wealth beyond a small circle of billionaires,” Bloomberg writes.

And for Xi, who is attempting to build an immensely powerful surveillance state to secure his hold on power, data control is crucial. “Some projections show China will hold a third of the world’s data by 2025, potentially giving it a big competitive advantage in areas like artificial intelligence that need lots of information to fine-tune algorithms and improve services,” Bloomberg notes. “For Xi, harnessing that data is key to maintaining political control.” Read more →

A curious paradox of the economic growth of the nominally communist China is that disaffected youth have turned back to Mao Zedong for answers. “Nominally a socialist country,” Li Yuan writes in the New York Times, “China is one of the world’s most unequal. Some 600 million Chinese, or 43 percent of the population, earn a monthly income of only about $150. Many young people believe they can’t break into the middle class or out earn their parents.”

As a consequence, Mao’s readily available writings have become a means through which to critique the government, leading to a truly Orwellian twist in which the Chinese government has become “wary of the intensifying sentiment and has begun censoring some Maoist posts and discussions” on the internet. Read more →

Julia Ioffe, one of the finest journalists writing on Russia today, presents a fascinating in-depth profile of Yulia Navalnaya, wife of Russian opposition leader Alexei Navalny, and how she has become an icon among the Russian opposition.

“The next day, with the plane from Germany already on the ground in Omsk, Navalnaya issued a public letter to Putin,” Ioffe writes of Navalnaya’s attempts to get her husband to a hospital in Germany after his poisoning last summer. “Her formulation—a demand rather than a plea—was not lost on the Russian opposition. Even at her most desperate and vulnerable, she approached Putin, the man trying to kill her husband, not as a fearful supplicant but as a defiant equal.”

Ioffe’s is a heartbreaking portrait of the costs, courage, and hope of opposing an authoritarian regime. Read more →

In this powerful must-read essay, noted scholar of democracy Larry Diamond writes with chilling clarity about the dangers of a “third reverse wave” against democracy.

“A prolonged global democratic recession has, in recent years, morphed into something even more troubling: the ‘third reverse wave’ of democratic breakdowns that the political scientist Samuel Huntington warned could follow the remarkable burst of ‘third wave’ democratic progress in the 1980s and the 1990s,” Diamond writes.

Now, he warns, “the greatest threat to American democracy is posed by legislative initiatives seeking to subvert the independence of electoral administration, including the counting and certification of the vote.” It is a clarion call to preserve that most important and sacrosanct part of American democracy—the right to vote itself. Read more →

By invoking national security to rein in Didi Global, China has substantially complicated matters for its companies listing overseas—and their investors.

FAST THINKING: Why the Moïse assassination is Haiti’s worst-case scenario

The murder leaves a power vacuum atop a country battling rampant crime and COVID-19—with no obvious succession plan in place. What’s going on in Haiti and how will it reverberate across the region?

Image: Didi's logo is seen at its headquarters building in Beijing, China on August 28, 2018. Photo via REUTERS/Jason Lee.