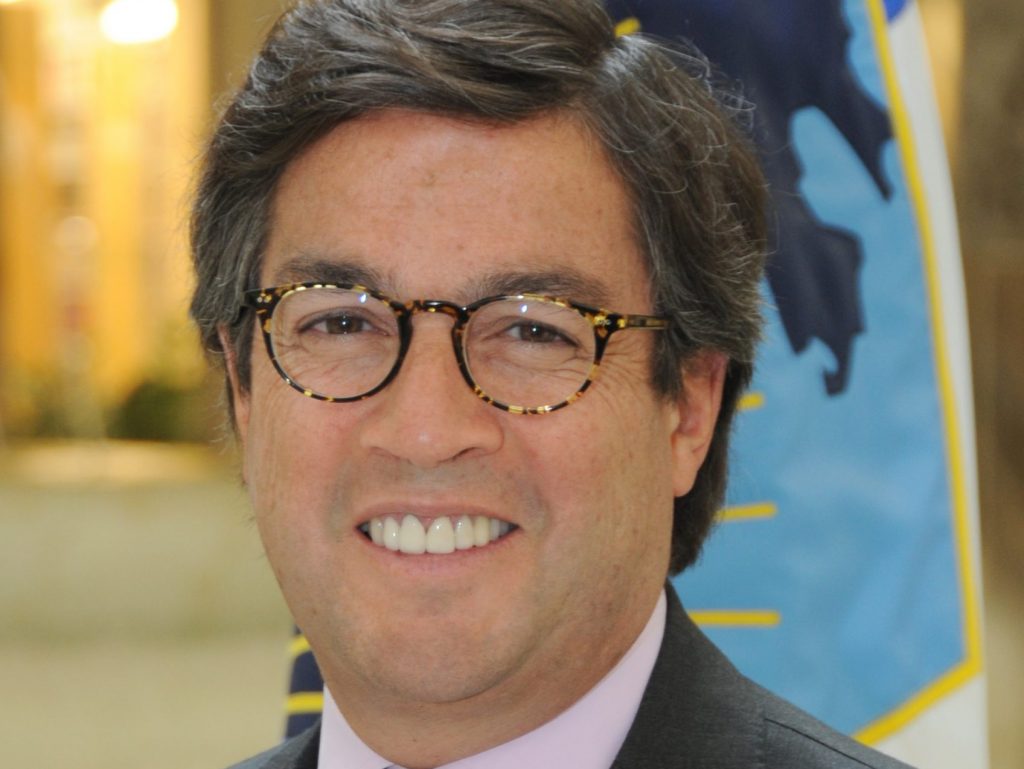 Luis Alberto Moreno, a Colombian citizen, has led a profound transformation of the Inter-American Development Bank (IDB) Group since he was elected in 2005 and reelected in 2010 and 2015. As president of the IDB, he also chairs the Board of Executive Directors of IDB Invest, the Group’s private-sector arm, and the Donors Committee of IDB Lab, the Bank’s incubator for innovative development projects.

Under Moreno’s leadership, the IDB Group – owned by 48 member countries – has consolidated its role as the principal source of long-term financing for Latin America and the Caribbean, also providing specialized knowledge and technical expertise for social, economic and institutional development.

Upon taking office, Moreno launched a major overhaul of the IDB’s organizational structure and operations to make the Bank more flexible and client-focused.

Reforms include enhanced social and environmental safeguards; a comprehensive monitoring and evaluation framework; reinforced ethics, institutional integrity and accountability mechanisms; and a new Access to Information Policy. In addition, the Bank adopted a new capital-adequacy model, preserving its AAA credit rating, while optimizing the use of its balance sheet.

Moreno has also led a drive to promote more women to leadership roles. As a result, the IDB became the first regional development bank to obtain an EDGE certification, the leading global assessment methodology and business-certification standard for gender equality. Women currently occupy 40% of leadership positions at the Bank.

During Moreno’s presidency, the Human Resources Department has become a strategic lever for the organization, with the capacity to carry out complex, large-scale initiatives, such as the outward merger of the private sector and the reorganization of IDB Lab. With a participation rate of 93%, the latest IDB Group Employee Engagement Survey revealed a level of motivation and commitment exceeding external market benchmarks defined by Gallup.

Milestones during Moreno´s tenure include: the approval in 2007 of $4.4 billion in debt relief for Bolivia, Guyana, Haiti, Honduras and Nicaragua, the most heavily indebted member countries; the approval in 2010 of the Ninth General Capital Increase, the largest expansion of resources in the Bank’s history; the merging and expansion in 2016 of the Group’s private-sector operations under IDB Invest; the replenishment in 2017 of IDB Lab with historic contributions from Latin American and Caribbean countries; the launch in 2019 of a special grant facility to help countries integrate migrants into local communities and contribute to their development; and the institution-wide response in 2020 to the coronavirus pandemic (details below).

Under Moreno’s leadership, the IDB Group has played an increasingly prominent role in the areas of health, education, digital connectivity and innovation, sustainable infrastructure development, renewable energy and the environment, climate resilience and adaptation, migration, sustainable cities, regional integration and base-of-the-pyramid markets. The Americas Business Dialogue and ConnectAmericas, two platforms that promote stronger business ties among the countries of the hemisphere, were also launched.

During his tenure, Moreno has continually pushed for the adoption of new technologies and innovations to increase the impact and efficiency of the IDB’s operations. To that end, he implemented a comprehensive program of internal research and training and has built external partnerships to ensure that staff can leverage the latest approaches to tackling problems in areas ranging from digital government to climate finance.

In the early days of the coronavirus pandemic, these investments enabled the Bank to rapidly pivot and mount an unprecedented response in support of member countries. In 2020, with its entire staff teleworking since March, the IDB Group is expected to approve a record $20 billion and disburse up to $19 billion, or some 35% more than it disbursed in the aftermath of the 2008-9 financial crisis. Moreover, the Bank has helped save lives by rapidly assisting borrowing member countries with the purchase of medical and sanitary equipment during the first three months of the pandemic.

Moreno has also championed the IDB Group’s participation in hundreds of partnerships with governments, private-sector organizations and philanthropic organizations, mobilizing additional resources for every dollar of capital used. Under his leadership, the Bank has been recognized as one of the world’s most effective institutions in shaping the development agenda.

Before joining the IDB, Moreno served as Colombia’s ambassador to the United States for seven years. Relations between Washington and Bogota strengthened notably during that time, leading to bipartisan U.S. support for new assistance programs that dramatically improved Colombia’s security and economic conditions. Plan Colombia was foremost among them, an ambitious initiative to fight drug trafficking and promote social and economic recovery.

Prior to his ambassadorship, Moreno led a distinguished career in the public and private sectors. As Colombia’s minister of economic development, he catalyzed a broad competitiveness agenda. He also served as head of the Industrial Advancement Institute, a public-sector holding company. In the private sector, he was the executive producer of TV Hoy, an award-winning news program, and a strategic adviser to major Colombian companies and foreign investors.

Moreno holds a degree in business administration and economics from Florida Atlantic University and an MBA from the Thunderbird School of Global Management. In 1990, Harvard University awarded him a Neiman Fellowship in recognition of his achievements in the field of journalism. He has also received honorary degrees from Georgetown University, Arizona State University, Baruch College, INCAE Business School and Universidad Icesi.

Moreno is married to Maria Gabriela Sigala and has two children, Nicolas and Natalia. In addition to his native Spanish and English, he speaks Portuguese and French.