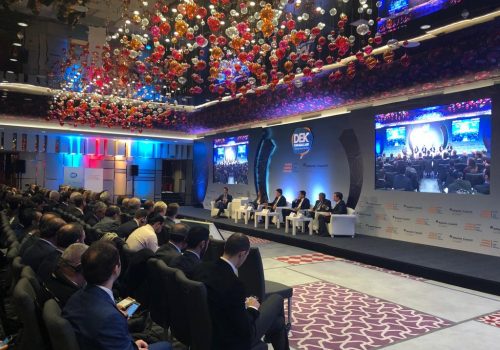 On December 19th, the Atlantic Council IN TURKEY and the World Energy Council Turkey convened a high-level event on the outlook for renewable energy investment in Turkey. The half-day event, which featured a diverse set of international experts and energy sector leaders, was focused on taking stock of Turkey’s experience to-date in deploying renewable energy, […] 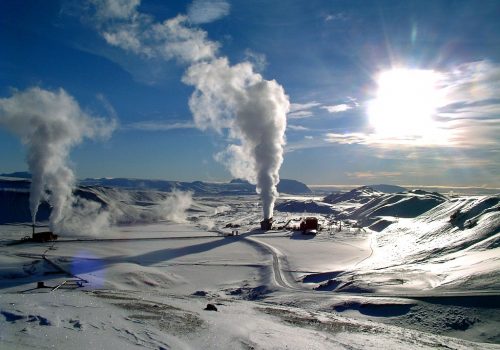 This piece is the second in a series examining geothermal potential in Iceland and elsewhere and the contribution geothermal resources can make to energy security and diversification, as well as sustainability and emissions reductions. You can read the first piece in the series here. The first piece in this series focused on the development and […]

A geothermal leader: The case of Iceland

This piece is the first in a series examining geothermal potential in Iceland and elsewhere and the contribution geothermal resources can make to energy security and diversification, as well as sustainability and emissions reductions. A combination of necessity, a great deal of ingenuity, some stubbornness, a “problem solving” mentality, and daring policy decisions have enabled […]

Before she was elected to Parliament, Ms. Árnadóttir served as the political adviser to the minister of finance (1998-2005), the minister for foreign affairs (2005-06), and the prime minister (2006-07). She worked for the Trade Council of Iceland from 1995 to 1998, both in New York as vice commercial counsellor and later as commercial counsellor, and in Reykjavík as project manager. Ms. Árnadóttir served as the executive director of the Icelandic American Chamber of Commerce from 1996 to 1997.

Ms. Árnadóttir graduated from the University of Iceland in 1991 with a BA degree in political science, and an MSFS degree from Georgetown University in 1994. She was invited to attend the Georgetown Leadership Seminar in 2007.Other professional responsibilities include a membership on the Icelandic Public Sector Wage Negotiation Committee (1999-2005), an alternate member of the board of directors of the Nordic Investment Bank (2002-06), and a member of the board of Iceland Naturally (2005-07) and Iceland Naturally Europe (2006-07). Ms. Árnadóttir was a vice chairman of the board of directors of the Alliance of European Conservatives and Reformist from 2011 to 2015.Ms. Árnadóttir is married to Guðjón Ingi Guðjónsson; she has two sons and two stepdaughters.