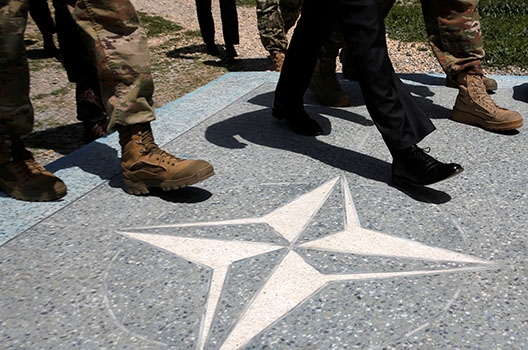 North Central Europe has become the central point of confrontation between the West and a revisionist Russia. Under President Vladimir Putin, Russia is determined to roll back the post-Cold War settlement and undermine the rules-based order that has kept Europe secure since the end of World War II. Moscow’s invasion and continued occupation of Georgian and Ukrainian territories, its military build-up in Russia’s Western Military District and Kaliningrad, and its “hybrid” warfare against Western societies have heightened instability in the region have made collective defense and deterrence an urgent mission for the United States and NATO.

The United States and NATO have taken significant steps since 2014 to enhance their force posture and respond to provocative Russian behavior. Despite these efforts, the allies in North Central Europe face a formidable and evolving adversary, and it is unlikely that Russian efforts to threaten and intimidate these nations will end in the near term. Now, ahead of NATO’s seventieth anniversary there is more that can and should be done to enhance the Alliance’s deterrence posture in the region. In this vein, the government of Poland submitted a proposal earlier this year offering $2 billion to support a permanent US base in the country.

Against this backdrop, the Atlantic Council established a task force, led by General Philip Breedlove and Ambassador Alexander Vershbow, to assess the broader political and military implications of an enhanced US posture and presence in North Central Europe and provide recommendations for the way forward. In this preview of the final report (to be released in early 2019), the task force outlines the key principles that guided their recommendations. The task force also outlines a carefully calibrated package of permanent and rotational deployments in Poland and the wider region to bolster deterrence and reinforce Alliance cohesion.