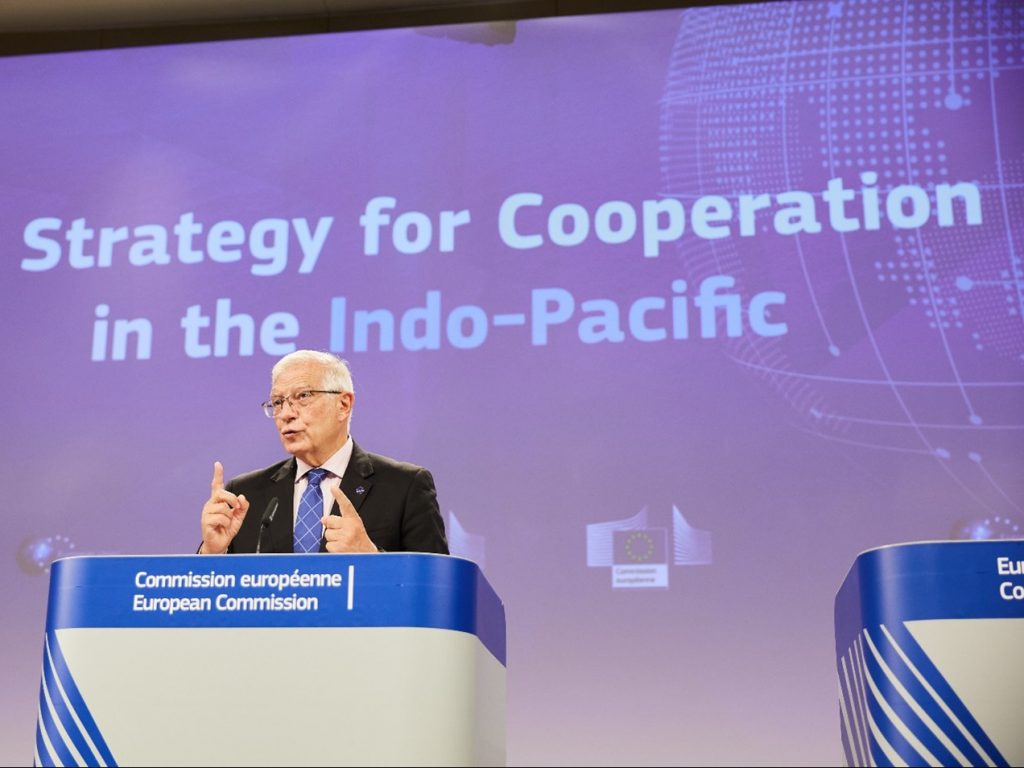 This is what we call a difficult start. Released the day after the announcement of the security partnership between the United States, United Kingdom, and Australia, the European Union’s first strategy for cooperation in the Indo-Pacific had little coverage as the diplomatic crisis rose. With AUKUS the Europeans were not perceived as essential partners of the United States in the region, especially on security issues. Since then, the Biden administration went out of its way to prove the opposite. These diplomatic efforts come also in recognition that the EU engagement in the Indo-Pacific is there for the long run. The EU has proper interests in a region it has been engaging for a long time: the annual trade between the EU and the Indo-Pacific region is the highest between two regions of the world. The novelty of the strategy is thus not that the EU is showing interest in the Indo-Pacific region, where it is already largely active, but that the EU elaborated a common vision. Because the EU has strategic interests there, it intends to step up its engagement, including on security and defense issues.

The EU approach is inclusive, ready to engage relevant partners on matters of shared issues, but values and principles also guide its action. As such, it opens the door for deeper cooperation, or coordination, with the United States. The coming French presidency of the Council of the European Union in the first semester of 2022 presents a great opportunity to turn commitments to deepen such cooperation into action, demonstrating that the transatlantic community can effectively deliver together in the Indo-Pacific region.

The European Union is usually not seen as a global actor in the Indo-Pacific because of a limited awareness of the challenges in a distant region, a diversity of stances regarding China, or cooperation being limited to some areas. By assessing the EU’s strategic interests and vision, the strategy intends to prove the contrary. Through cooperation, mainly by strengthening and diversifying its partnerships, the EU sets its own approach. Implementing the strategy will now be the right way to demonstrate that the EU is the global actor it intends to be in the region.