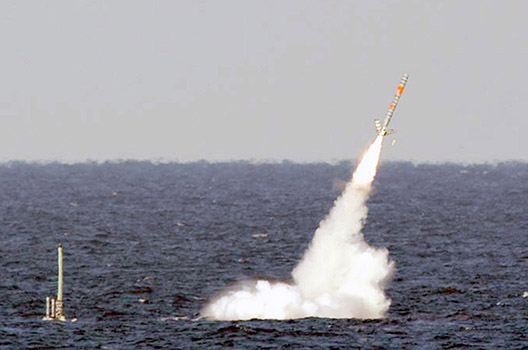 In recent years, Western analysts have become aware of the possibility that Russia may conduct limited nuclear “de-escalation” strikes in a bid to escalate its way out of failed conventional aggression. The United States and its NATO allies, however, have not developed a clear strategy for deterring limited Russian nuclear strikes. Specifically, in the event of a limited Russian nuclear attack, how would the United States and its NATO allies respond?

As part of this conversation, in his latest report Dr. Matthew Kroenig addresses the challenge of Russian nuclear de-escalatory strikes and provides recommendations for a clearer US and NATO nuclear deterrence strategy toward Russia.

Image: USS Florida launches a Tomahawk cruise missile during Giant Shadow in the waters off the coast of the Bahamas, January 14, 2003. REUTERS/U.S. Navy photo