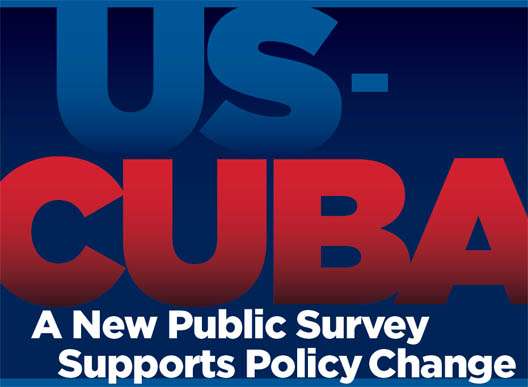 Why is now the right moment to commission a poll on the US public’s views toward Cuba and US-Cuba relations? Why is a new, nonpartisan Latin America center reaching out to grab the third rail of Latin American foreign policy in the United States? Both good questions. Sometimes in foreign policy, structural impediments or stark policy differences will stymie progress in a certain area. Relations with China could not proceed until the United States recognized a “one China” policy that forever downgraded US relations with Taiwan. An activist foreign policy with Africa was impossible until the United States denounced apartheid.

The first is immigration. The United States needs to find a solution for the more than 11 million undocumented immigrants residing within its borders, most of whom arrived here from Latin America. These immigrants’ plight in the United States is a continuing source of concern in their home countries.

The second issue is Cuba. The injustice suffered by Cuba’s refugees as they fled the country— their possessions and loved ones left behind—is impossible to forget, whether they left this month or in 1959. Fifty-five years later, the Castro government continues to repress liberties, abuse human rights, and, despite some openings, deny its citizens access
to basic economic freedoms.

Notwithstanding the many US efforts to prompt regime change, the government of Cuba is firmly in place, even surviving the transition of power from Fidel to Raúl Castro. It maintains widespread control over virtually all aspects of daily life. Scores of political prisoners are sitting in Cuban jails. Among them is Alan Gross, a US citizen and US Agency for International Development subcontractor, serving a fifteen-year prison sentence after his 2009 arrest on charges of acts against the independence of the state.

US-Cuba policy has largely remained stagnant for decades. The question today is whether the United States should move in a new direction to achieve US policy goals.

The Obama administration has made a series of laudable adjustments to US-Cuba policy, while the Cuban government has taken slow steps to allow the independent private sector to grow. Yet, in the past weeks alone, prominent voices are increasingly asking whether it is time to do more. One of the most important Cuban exile leaders, Alfonso Fanjul, recently said he was open to investing in Cuba under the right circumstances. A traditionally tough sanctions supporter, former Florida Senator Bob Graham visited Cuba in late January to discuss coordinating oil policy issues. Former Florida Governor Charlie Crist—now running again for governor—announced in early February his support for ending sanctions.

The renewed attention to US-Cuba policy spurred the Adrienne Arsht Latin America Center to commission this first comprehensive national poll on the US-Cuba relationship to allow the broader views of Americans to now be part of the policy debate. Given the results of the survey that follows, it is clearly time to take another look at the dynamics of US-Cuba policy. This poll asks the American people, and especially the Florida voters, who have played the largest role in formulating Cuba policy over the decades, if the moment has come for a change.

This survey shows that the majority of Americans on both sides of the aisle are ready for a policy shift. Most surprisingly, Floridians are even more supportive than an already supportive nation to incrementally or fully change course. This is a key change from the past: Cuba used to be intractable because Florida was intractable. This poll argues that is no longer true.

This is not the first time the Atlantic Council has sought to review US-Cuba policy. In 2007 the Atlantic Council Working Group on Cuba produced a roadmap for the initial restructuring of US-Cuban relations. It offered twenty recommendations in six areas (sanctions, leverage, international support, migration, transnational threats, and property claims) with the goal being to reengage the United States in effectively influencing events in Cuba.

The Adrienne Arsht Latin America Center is committed to highlighting Latin America’s potential as a strategic and economic partner for Europe, the United States, and beyond. This requires strengthening our relationships with the region. This poll amplifies the voice of the American people, the most important of all stakeholders, on an issue that needs to be reviewed, and the policies that have yet to be updated to reflect today’s new dynamics.