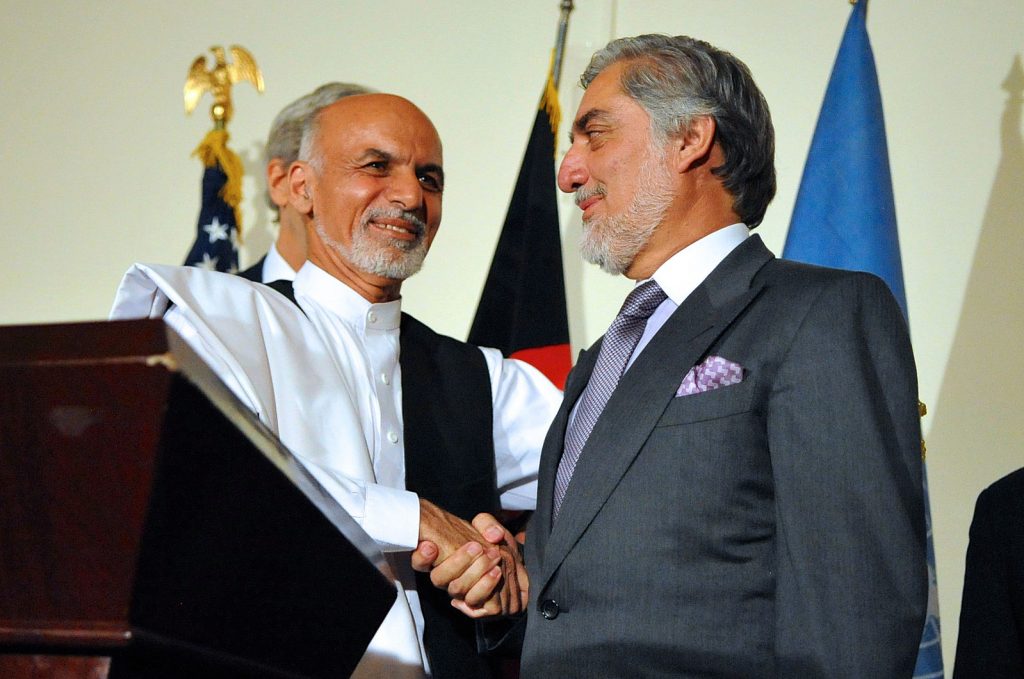 On June 24, 2020, the United States Institute of Peace (USIP) hosted an online conversation with former Afghan Chief Executive Dr. Abdullah Abdullah. His recent appointment as Afghanistan’s High Council for National Reconciliation (HCNR) Chairman resolves a longstanding dispute over the 2019 presidential election results and paves the way for the upcoming intra-Afghan negotiations, which will be overseen by the HCNR. During the conversation–his first public event as HCNR chairman–Dr. Abdullah highlighted the challenges and opportunities facing Afghanistan at this critical moment in time. The conversation focused on HCNR’s preparation for the upcoming negotiations, the key issues that need to be addressed, and the importance of national unity and consensus on peace.

After offering welcoming remarks, USIP president and CEO Nancy Lindborg gave a brief synopsis of the current state of affairs in Afghanistan. She commended recent progress towards the intra-Afghan dialogue made possible by the signing of a power-sharing agreement between Dr. Abdullah and President Ashraf Ghani but also acknowledged a recent uptick in violence against civilians as well as the myriad challenges exacerbated by COVID-19.

In his keynote address as well as the conversation that followed with USIP Vice President for Asia Dr. Andrew Wilder, Dr. Abdullah cited recent progress towards the peace talks such as the Afghan government’s release of thousands of Taliban prisoners. He also addressed remaining obstacles such as increased Taliban-perpetrated violence, the logistics of convening negotiation parties amid a pandemic, and the challenge of addressing diverse interests of domestic and international stakeholders in the talks.

Similar to sentiments expressed by President Ashraf Ghani in a recent conversation with the Atlantic Council, Dr. Abdullah stressed the importance of a negotiating team that is inclusive and representative, particularly of women and minority voices. An enduring peace, Dr. Abdullah contended, cannot be achieved by military action or negotiations that sacrifice fundamental rights of certain segments of Afghan society. He likewise emphasized that both parties will need to make compromises, arguing that peace agreements in which only one side offers concessions are doomed to fail. For this reason, the government negotiation committee does not have preconditions to starting negotiations with the Taliban.

In the final audience Q&A segment moderated by Dr. Wilder, Dr. Abdullah affirmed that the ultimate decisions regarding the peace process will not be made by himself or President Ghani but by the Afghan people themselves. Regarding regional dynamics, he advocated engaging constructively with neighbors like Pakistan and Iran who may have leverage over the Taliban. Additionally, Dr. Abdullah expressed agreement with Afghanistan’s human rights commission that the voices of victims of the war must be represented in the negotiations.

The event underscored the shared commitment of President Ashraf Ghani and HCNR Chairman Dr. Abdullah Abdullah towards an inclusive peace process. Violence and COVID-19 continue to hamper the intra-Afghan dialogue, but the political reunification in the Afghan government may prove a boon for forthcoming peace efforts.

The event can be viewed here.

The United States Institute of Peace is a national, nonpartisan, independent institute, founded by Congress and dedicated to the proposition that a world without violent conflict is possible, practical, and essential for U.S. and global security.