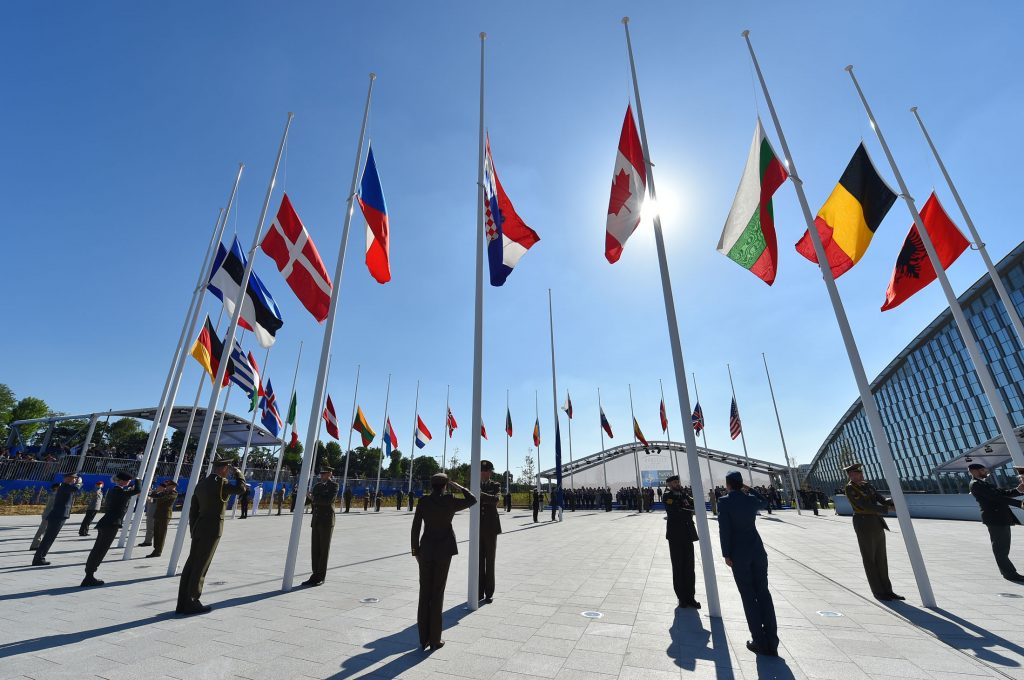 Raising of the flags at the handover ceremony for the new NATO Headquarters in 2018 (Source: NATO Flickr)

On Wednesday, October 7th, Deputy Secretary of US Treasury Justin Muzinich joined the Atlantic Council’s GeoEconomics Center for an address on the transatlantic economy. His prepared remarks were followed by a Q&A session led by Executive Vice Chair of the Board of Directors of the Atlantic Council Stephen Hadley.

Muzinich opened by comparing the recession responses in the US and EU. Acknowledging that there is still “much work to do” to support the economic recovery, he contrasted a US focus on stimulus checks and job retention programs with short term work programs common in the EU. Coupled with record low interest rates and increased asset purchase programs, both responses have been effective.

Muzinich went on to discuss transatlantic cooperation, highlighting four areas vital to that goal. Investment security is crucial, he noted, and “the pandemic has only increased the sense of urgency” to maintain it. Cryptocurrency integration into the public sphere is also important, ensuring that national security and financial stability is not threatened by decisions made in the private sector. The US and European powers must work together to hold bad actors accountable, said Muzinich, using the Syrian and Belarusian regimes as examples. Finally, growth is key to a good partnership, and a “strong economy is a testament to our liberal democratic system.”

Muzinich closed with a message of unity and hope for the future of the transatlantic relationship between the US and its European allies. “We must focus on our shared values as we look to create a prosperous, free, and secure world,” he said. “Our differences are small compared to the values we share.”

While answering questions, Muzinich readdressed the issue of digital currencies. No decisions regarding incorporation of the tool into public policy have been made, he explained, but extensive research is being done at both the Federal Reserve and the Treasury. He also answered questions regarding sanctions processes, taxes on digital companies, and growing income inequality as a result of COVID-19.