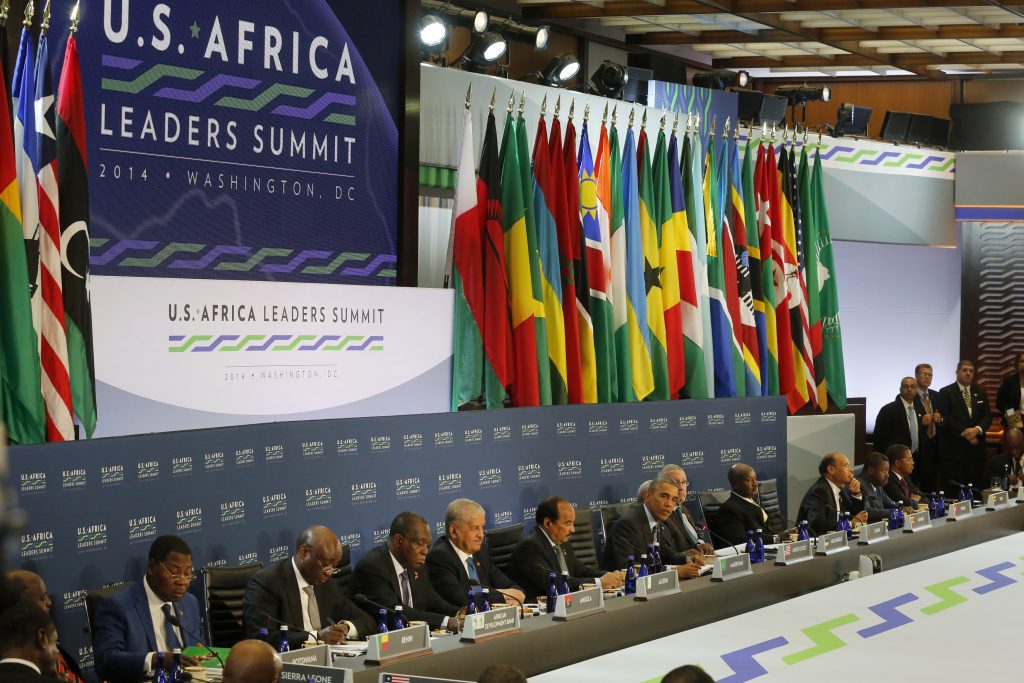 From Asia to Europe, the last few decades of global Africa policy can be defined in a single word: summitry. For five years now, the United States has been completely absent among the high-profile Africa summits. Given the lack of presidential engagement with African nations that characterized the Trump era, the Biden administration has made the need to convene a US-Africa summit known and Washington is in the early days of planning.

While the African Union hosts summits annually and France and the United Kingdom have long histories of convening their former colonies, Japan kicked off the international trend of regularly scheduled pan-African head of state level summits hosting the first Tokyo International Conference on African Development (TICAD) in 1993 and continues to host TICAD every five years with the next scheduled for 2022. France expanded the annual Africa-France summit continent-wide in 1996. In 2006, China launched the Forum on China–Africa Cooperation (FOCAC), which has since alternated between being held in China or in Africa every three years. Senegal will host this year. India followed in 2008 with the India-Africa Forum Summit (IAFS), and Russia joined in the pageantry in 2019 holding the first Russia-Africa Summit in Sochi with the second to follow in 2022. While the style of each country’s approach to their regular head of state Africa summits is different, they share a commitment to pomp and circumstance with China’s red carpet treatment attracting more African leaders than the United Nations General Assembly and Russia’s military weapon-filled exhibition hall featuring a virtual reality shooting range.

While the United States’ competitors show off their strengths, the United States has largely sat on the sidelines, with the Obama administration hosting the first and only U.S.–Africa Leaders Summit in 2014 followed by a second U.S.-Africa Business Forum in 2016 (the first was included in the Leaders Summit). The United States does hold the African Growth and Opportunity Act (AGOA) Forum annually, however at the ministerial level it lacks the prestige and press attention of a head of state summit and over the last decade has seen few important outputs. While the Obama administration events provided good photo ops and intended to attract investment commitments from US business leaders, their ad hoc and quickly planned nature did little to develop any long-term momentum in high-impact, high-level US-Africa relations, and their dollar impact is difficult to track. The Biden administration, with an expressed interest in bringing back a US-Africa Summit, now has the opportunity to learn from past failures and do it right. In shaping the future of the US-Africa Summit, the administration should take cues from the Summit of the Americas (a summit among the leaders of Western Hemisphere nations every three years) and adopt three key elements: a long-term commitment, involving African nations and the diaspora in planning, and continued connectivity and engagement.

Unlike China’s FOCAC and Japan’s TICAD, the United States has lacked any sustained commitment to African partners in the model of a summit or forum, leaving African nations with a mixed view on US high-level commitment to the region. With an expected combined consumer and business base of $6.7 trillion by 2030 and a population with a median age of eighteen, African markets are increasingly courted by American allies, as they are keenly aware of the increasing role the continent will play in global political and economic realms. Acknowledging this reality, the United States should commit to a summit model that meets regularly, ideally every three years, and continues this momentum for decades. This would cement a US-Africa summit as a pillar of US-Africa policy rather than something that comes and goes and is continuously redefined by each administration. As a result, African politicians and businessmen, along with US business leaders would feel more certainty in the commercial aspect of US-Africa policy and ultimately may feel more comfortable working together.

The Summit of the Americas brings together a diverse group of Western Hemisphere nations but also a diverse set of individuals, including those from civil society and businesses. Following this model, a US-Africa summit should look outside the US government and involve African leaders, the diaspora, entrepreneurs, and youth in its agenda setting and planning, ensuring the next Africa is represented. In doing so, the summit is more likely to address not only the issues and challenges most important to furthering collaboration between US and African leaders, but also engage individuals and organizations that may have less familiarity working with the government. For example, the Global Entrepreneurship Summit attracts both the public and private sectors and effectively emphasizes the role each plays for the other.

A new US-Africa Summit should also copy the backend structure from the Summit of the Americas to ensure continuity to support the implementation of promises made and goals set during summit meetings. A dedicated small staff for a US-Africa summit (that works out of the State Department between summits) would result in more than just one-off, disconnected events and instead ensure summit meetings fit into the larger narrative of US-Africa policy and are goal-oriented. During President Obama’s 2014 speech at the 2014 U.S.-Africa Business Forum he spoke about over $33 billion in US commitments between the government and private sector to Africa, yet there is little ability to follow up on stated commitments. Staff could work to track follow-on investment and ultimately use this data to better understand the US commercial footprint in African markets to inform future policy decisions.

Taking a cue from the Chinese and Russians, the United States should focus on its competitive advantages and highlight all that the country does well, from the entertainment business to ag-tech. The summit meeting structure should consist of more than just speeches and PowerPoint presentations, instead looking at models like South by Southwest (SXSW) that provide more variety to participant interactions. Bringing in US commercial leaders and allowing attendees to participate in demos and at times get their own hands on the latest products will bring to life potential partnerships between US and African companies.

The United States is a unique partner for African nations and a US-Africa summit needs to capture the potential of a deeper partnership. The two sides share strong people-to-people relations, with 20 percent of current African leaders having studied in the United States. A growing African diaspora population that is not only financially linked to their home nations through remittances, but is also raising the prominence of African products in the United States, whether it be music, fashion, or food. The enduring twenty-first century strengths of the US economy in technology and entertainment speak to the ambitions of Africa’s youth who are developing start-up ecosystems and attracting double-digit fundraising growth year-over-year. With the Biden administration’s commitment to multilateralism, reviving a US-Africa summit is a no-brainer and it can be done in a meaningful, sustainable way that captures the potential of US-Africa relations.

Aubrey Hruby is a senior fellow with the Atlantic Council’s Africa Center. She is also co-founder of Insider and the Africa Expert Network. Follow her on Twitter @AubreyHruby.

Image: US President Barack Obama (C) delivers opening remarks to more than fifty leaders gathered for the U.S.-Africa Leaders Summit Session One on 'Investing in Africa's Future,' at the US State Department in Washington on August 6, 2014. REUTERS/Jim Bourg