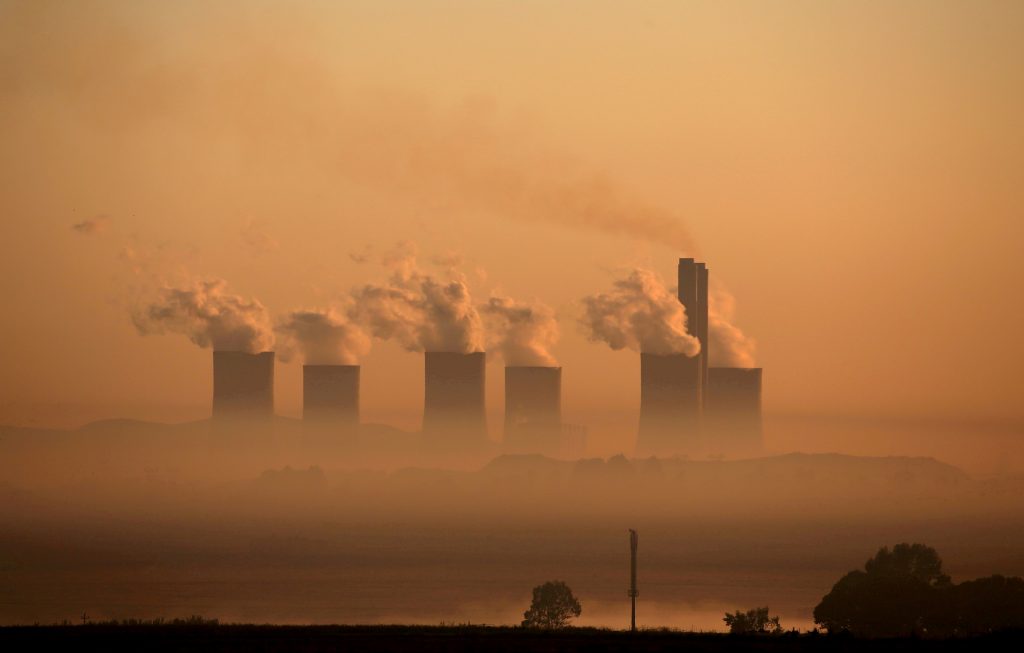 On this occasion, some world leaders responded by announcing commitments to address climate change. US President Joe Biden vowed to double American funds that help developing countries deal with the knock-on effects of climate-change to $11.4 billion per year by 2024. China committed to stop building new coal-fired power projects abroad.

But as Guterres said in his appeal, it’s vital for “emerging economies to go the extra mile” by contributing to emissions reductions. African countries will be key players in minimizing global climate change, and it is in their interest to do so, considering the continent has suffered the most from the impacts of climate change (even though they’ve contributed the least to greenhouse gas emissions). In the future, Africa will represent a much larger proportion of the global population and economic activity, meaning that its ability to go green now will shape the continent’s contributions to climate change looking ahead.

The continent possesses an abundance of renewable energy resources, but capitalizing on its potential and activating political will remains a challenge. Harnessing that potential will require closing Africa’s infrastructure gap—and mobilizing billions of dollars in private-sector investment to do so.

But instead of building carbon-dependent infrastructure and adapting it to produce fewer emissions, as many developed countries have done, Africa has an opportunity to leapfrog that process altogether and build green from the start.

That infrastructure should also be resilient, since disruptions due to poor maintenance or natural disasters cost between $391 billion and $647 billion annually for households and businesses in low- and middle-income countries, mainly in Africa and South Asia.

Energy infrastructure is a central part of the story. Nearly half the population of sub-Saharan Africa lacks electricity, a stark contrast to the global electrification rate of about 90 percent. Numerous large clean-energy projects are already underway: the Noor-Ouarzazate Concentrated Solar Power Plant Project in Morocco, the construction of six geothermal power stations in Olkaria in Kenya, and the Nachtigal Hydro Power Project in Cameroon.

African governments are the primary source of infrastructure financing, representing 37 percent (or $37.5 billion in 2018) of total commitments. However, they shouldn’t shoulder the entire burden alone, as overreliance on public funding risks increasing Africa’s debt. Moreover, public funding cannot be expected to bridge the $68 billion to $108 billion in annual financing that’s needed, especially given the economic fallout of the COVID-19 pandemic.

International organizations and development finance institutions (DFIs) (such as the World Bank and the AfDB) as well as donor countries including Japan, Germany, France, the United Kingdom, and the United States are increasingly involved in providing climate finance and supporting African countries with advisory services and technical assistance, grants, loans, equity, bonds, guarantees, and lines of credit. But even DFIs and donor countries cannot be expected to bridge the massive amount of financing needed to bridge the infrastructure gap.

African countries need to explore additional financing sources beyond public funding and international assistance. At the Paris Summit on the Financing of African Economies in May 2021, forty-three countries adopted a declaration that emphasized how private-sector funding will be key to transforming Africa’s energy sector and improving infrastructure. And for private investors, green projects in African markets could deliver attractive financial and impact returns.

Private-sector involvement currently amounts to little, representing only 12 percent (or $11.8 billion in 2018) of infrastructure funding in Africa. The private sector usually participates in green projects if DFIs also invest in the projects and mitigate risk. But a more readily investing sector could make a huge difference; McKinsey & Company estimates that investors interested in African markets could contribute as much as $550 billion to the continent’s infrastructure. That $550 billion comes, in a large part, from institutional investors like pension funds, insurance companies, and sovereign wealth funds.

However, global regulatory changes resulting from the 2008 financial crisis, local currency risk, and a lack of knowledge among investors about the opportunities in Africa continue to limit the private sector’s inclination to invest.

How to loosen the private sector’s purse strings

To steer private investors toward African energy infrastructure, DFIs and countries should deploy the right mix of innovative and effective instruments.

Since investors tend to perceive higher political, regulatory, and currency risks in African markets than in other developing markets, DFI support will be critical to mitigate those risks, thereby shifting the balance between perceived risks and rewards, through tools like guarantees or blended finance. Making a more attractive environment for the private sector to implement its solutions—especially by strengthening macro-financial, legal, and institutional frameworks—will also be critical.

Emerging economies are issuing green bonds more than ever, a relatively accessible option to finance climate-change mitigation and adaptation projects since they provide steady and moderate returns. African countries should continue to offer or increase their offerings of these bonds. While Africa (mainly South Africa, Nigeria, Kenya, and Morocco) represents merely 1 percent of global green-bond issuance, the bonds present significant potential given investors’ appetite for them. Public-private partnerships are also an excellent instrument, even if they’re complex, because they marry the skills and resources of the public and private sectors while distributing the associated risks. Finally, African countries should develop carbon pricing, which most of the governments have listed in their nationally determined contributions, as it carries great potential.

Yet DFIs, private investors, and African governments are only scratching the surface of potential financial innovation today. As the number of investors and emerging economies interested in green investment is increasing, financial institutions in Africa should expand and diversify the offerings of green products. The development of green shares is a promising example. Adopting best-in-class regulatory frameworks for green finance will pave the way for financial innovation.

Given the dynamism of African financial markets, there is plenty of room for further innovation, including moving beyond conventional debt instruments, to attract private funding and help the continent grow green. Heading into COP26, financial players must commit to supporting Africa in innovative ways as the continent builds its energy infrastructure and contributes to the fight against climate change.

Emilie Bel is a Europe and international-affairs expert with a financial background and experience working in Brussels, Paris, and Washington DC.

Portions of this piece first appeared in the May 2021 Atlantic Council report “Growing Green: Catalyzing Climate Finance in African Markets” by Emilie Bel.

The Security Council was built on the principle of sovereignty and equality of all nations. Its democratization and reformation are overdue—and must consider Africa.