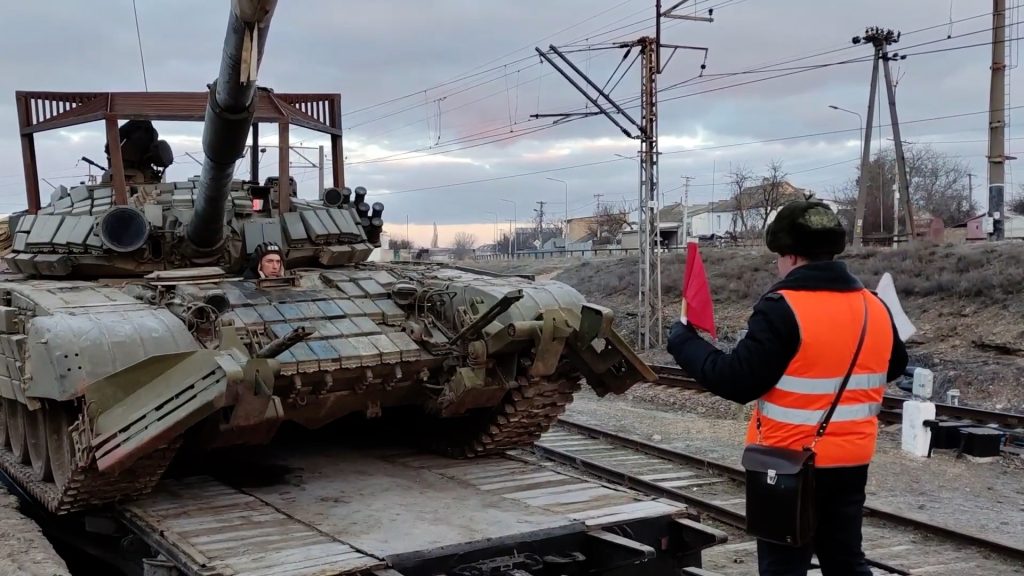 When Belarusian Ambassador Ihar Sokol was leaving Ukraine last week after Minsk recalled all its diplomats from the country, a border guard gave him an unusual sendoff.

A video published by Radio Free Europe/Radio Liberty and recorded at the Mohyliv-Podilskyi border crossing shows a Ukrainian border guard presenting the outgoing ambassador with 30 pieces of silver, a clear reference to the biblical story of the betrayal of Jesus by Judas. “We despise you,” the Ukrainian guard tells Sokol.

The incident was a stark reminder of the sharp and rapid deterioration of the once warm relations between Kyiv and Minsk. In the aftermath of Russia’s forceful annexation of Crimea and armed intervention in the Donbas in 2014, Belarus dictator Alyaksandr Lukashenka initially bent over backwards not to take Moscow’s side. He hosted the Minsk peace talks, refused to recognize the Crimean annexation, ridiculed Vladimir Putin’s imperial designs on the so-called “Russian World,” and pledged that he would never allow Belarusian territory to be used to attack Ukraine.

The situation changed dramatically in August 2020 when Putin intervened to rescue Lukashenka when he looked to be on the verge of losing power following mass protests over a rigged election. Today, the Belarusian ruler is dependent upon Russia for his regime’s survival. Unsurprisingly, he now not only recognizes the annexation of Crimea but has turned his country into a platform for Russia to invade and bombard Ukraine.

As Russia suffers steep losses on the Ukrainian battlefield, Moscow is seeking fresh cannon fodder and Belarus is facing increased pressure to feed troops into Putin’s war machine. US and NATO officials say this could happen “soon,” according to a report by CNN. Hence the 30 pieces of silver.

Even as the autocratic Lukashenka regime assists and enables Russia’s aggression, ordinary Belarusian citizens are finding creative ways to resist.

For months, a Belarusian hacking collective called the Cyber Partisans has been attacking the country’s railway network in an effort to prevent Russian troops from reaching Ukraine. The group has also distributed videos urging Belarusian soldiers not to join Russia’s war.

“To move anything, including rocket launchers, they need the railways,” Yuliana Shemetovets, the Cyber Partisans’ US-based spokeswoman, told the tech and business publication Fast Company. “People are used to doing everything using computers and different systems, and now they’ve had to do everything on paper, like building and creating train schedules, and not many know how to do this.”

It’s not just hackers who are disrupting the railways. Apparently railway workers are also involved in sabotage efforts. In a recent interview with Current Time television, Oleksandr Kamyshin, director of Ukraine’s Ukrzaliznytsya state railroad company, confirmed that rail traffic between Belarus and Ukraine has stopped. He also praised Belarusian rail workers who he says have taken unspecified measures to prevent the movement of Russian troops and military equipment.

“I believe that among the Belarusians, and particularly among the rail workers, there are still honest people,” he said. “I don’t want to betray them. I am grateful to them for what is happening today. And I am sure that the honest people in this organization will be able to stop the work of Belarusian railways regarding the transfer of military equipment in the direction of Ukraine.”

Franak Viacorka, an advisor to exiled Belarusian opposition leader Sviatlana Tsikhanouskaya, has echoed these claims of sabotage. He recently tweeted a map indicated the extent of various forms of sabotage of railway infrastructure across the country.

Some Belarusians are already directly involved in the war, with an estimated 200 Belarusian volunteers currently fighting on the Ukrainian side against Russia. Hundreds more have expressed interest in joining. A group called the Kastus Kalinouski Battalion, named after the 19th-century Belarusian leader of an uprising against the Russian Empire, is using its Telegram channel to recruit fighters. On March 13, the group announced the death of its first volunteer, who was killed in combat during the defense of Kyiv.

Those volunteering on the Ukrainian side are doing so at risk of arrest by the Belarusian authorities. Radio Free Europe/Radio Liberty reports that 53-year-old Syarhey Hrybovich was detained on charges of inciting social hatred and preparing to participate in a foreign conflict for attempting to join the war on Ukraine’s side. Hrybovich was apparently tricked by a spoof Telegram account that was run by the Belarusian authorities to catch potential volunteers.

From hackers to railway workers to volunteer fighters, the rearguard action in Belarus against Putin’s Ukraine War illustrates the scale of blowback Russia’s invasion is provoking.

Just weeks ago, it appeared Putin was on track to put part of the old Soviet empire back together. He managed to pull off a soft annexation of Belarus without firing a shot and appeared poised to subjugate Ukraine by force. But a month into Putin’s war, Ukraine has fought Russia to a standstill and there appears to be a rebellion brewing below the decks in Belarus.

At the moment all eyes are on the Ukrainian border. But regardless of how Vladimir Putin’s manufactured crisis in Ukraine ends, the threat to NATO’s eastern flank from Russia’s growing military presence in Belarus will remain.