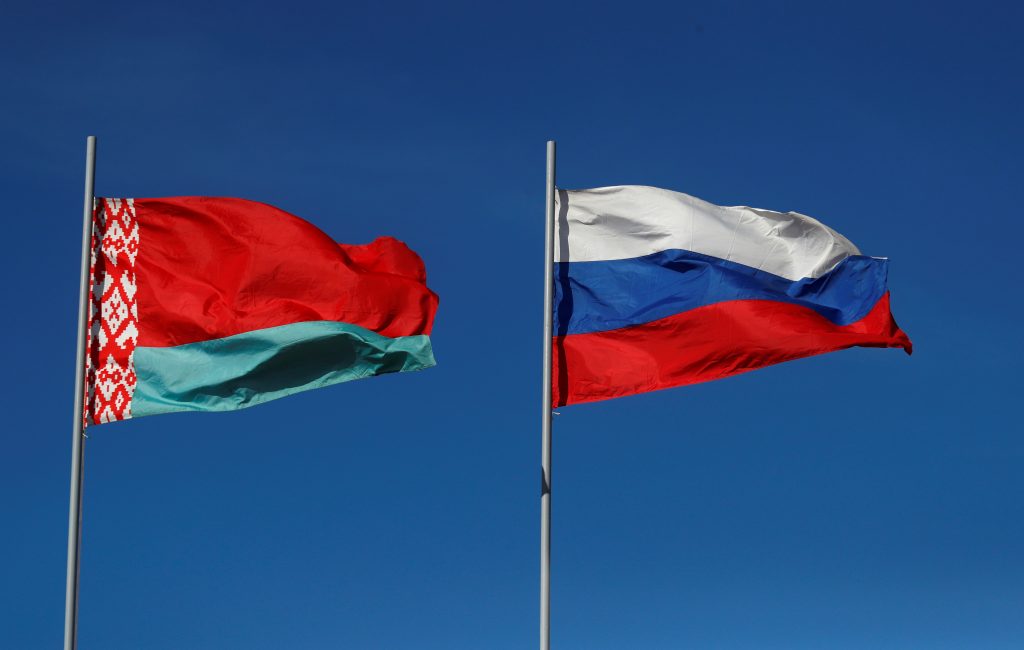 Recent reports that Russia and Belarus are planning to hold a record number of joint military exercises this year are more than just the latest sign that Alyaksandr Lukashenka is retreating deeply into the Kremlin’s embrace.

They also suggest that Vladimir Putin’s Kremlin regime is moving closer to achieving its longstanding goal of establishing a permanent military base on Belarusian soil.

The majority of this year’s military drills will take place in the runup to Zapad-2021, the massive quadrennial joint Russian-Belarusian exercises that are scheduled for September. Kremlin mouthpiece Izvestia is reporting that in the months prior to Zapad-2021, the two countries’ forces will focus on establishing “a logistical base” to facilitate supply lines to support Russian troops for an extended period.

“The Zapad 2021 exercises will likely support Putin’s efforts to establish a continuous Russian military presence in Belarus,” George Barros of the Institute for the Study of War wrote recently.

Putin has long been trying to turn Belarus into a de facto extension of Russia’s Western Military District. Since 2015, the Kremlin has been pressuring its Western neighbor to host a new Russian airbase on its territory. The base would be located in Babruysk in eastern Belarus, and would station SU-27 fighter jets manned by Russian pilots.

And at the end of 2015, Russian Defense Minister Sergei Shoigu proposed integrating the defense and security apparatus of Belarus and Russia into a joint decision-making center in Moscow. A similar model has already been implemented in Georgia’s Russian-occupied regions of Abkhazia and South Ossetia.

Much to the Kremlin’s consternation, Lukashenka had previously been steadfast in resisting Russia’s efforts to bolster its military presence in Belarus. He also refused to become involved in Moscow’s showdown with the West.

In the past, Lukashenka declined to recognize Russia’s annexation of Crimea; he vowed that he would not allow Belarusian territory to be used to attack Ukraine; kept good relations with the pro-Western authorities in Kyiv; and resisted contributing troops to help Russia’s campaign in Syria.

That all now seems to be changing dramatically. Since the mass protests that broke out in August 2020 against his rule, and the ensuing crackdown that has alienated Lukashenka from the West, the Belarusian strongman has no place to turn but to Moscow.

The Telegram channel BYPOL, run by a group of opposition-minded Belarusian former security services personnel and military officers, is claiming that the Belarusian Armed Forces have received an order to recruit troops for deployment to Syria.

And according to a report in the Belarus Security Blog, Ukraine’s Foreign Intelligence Service has drafted a White Paper claiming that Belarus “is considered not only as a point of application of Russian expansionist efforts, but also acts as a generator of threats for Ukraine.”

The strategic significance of Belarus reorienting its geostrategic posture cannot be overestimated. It could alter the entire security balance on NATO’s eastern flank. Bordering NATO members Latvia, Lithuania, and Poland along with Ukraine, Belarus looms large in any Russian war plan against the West. It would be an essential element in efforts by Moscow to seal the Suwalki Corridor and cut off the Baltic states from the Atlantic alliance. It would also provide a platform from which Moscow could threaten NATO’s frontline allies.

Prior to August 2020, Belarus occupied a place in Russia’s confrontation with the West that was similar to Cold War-era Romania. It was an ally of Moscow, albeit a troublesome one that would not always bend to the Kremlin’s will and would pursue its own relations with the West.

Given Lukashenka’s vulnerability, Putin is now clearly trying to press his advantage and turn Belarus into a pliant and obedient client state. The push by Moscow to turn Belarusian territory into a platform for Russia’s armed forces is accompanied by moves to accelerate economic integration that could effectively amount to a soft annexation.

Belarusian Prime Minister Roman Golovchenko said on February 7 that work is continuing on an agreement for a common gas market within the Moscow-dominated Eurasian Economic Union. And following talks with Russian Prime Minister Mikhail Mishustin in late January, Golovchenko said Belarus planned to reroute its hydrocarbon exports through Russian ports.

Meanwhile, Dmitry Medvedev, the deputy chairman of Russia’s Security Council, said recently that Russia and Belarus must “integrate more closely and unlock the whole potential of the Union State … up to and including a common currency.”

Medvedev added that in order for integration to proceed, Lukashenka needs “to normalize the overall situation” in Belarus. This was an unmistakable reference to the street protests that have roiled the country since the disputed presidential election in August.

Medvedev conveniently did not refer to the recent wave of anti-Kremlin demonstrations that have been taking place in Russia over the arrest of opposition leader Aleksei Navalny, or the visible solidarity between the protesters in both countries. Nevertheless, his remarks point to where the battle lines are drawn: A Putin-Lukashenka axis is taking shape that is seeking to establish a united authoritarian and anti-Western state that will stand against emerging civil societies in both countries who are taking to the streets with demands for a more democratic future.

Image: Moscow's current efforts to turn Belarus into a platform for Russia’s armed forces are accompanied by moves to accelerate economic integration that could amount to a soft annexation. (REUTERS/Vasily Fedosenko)