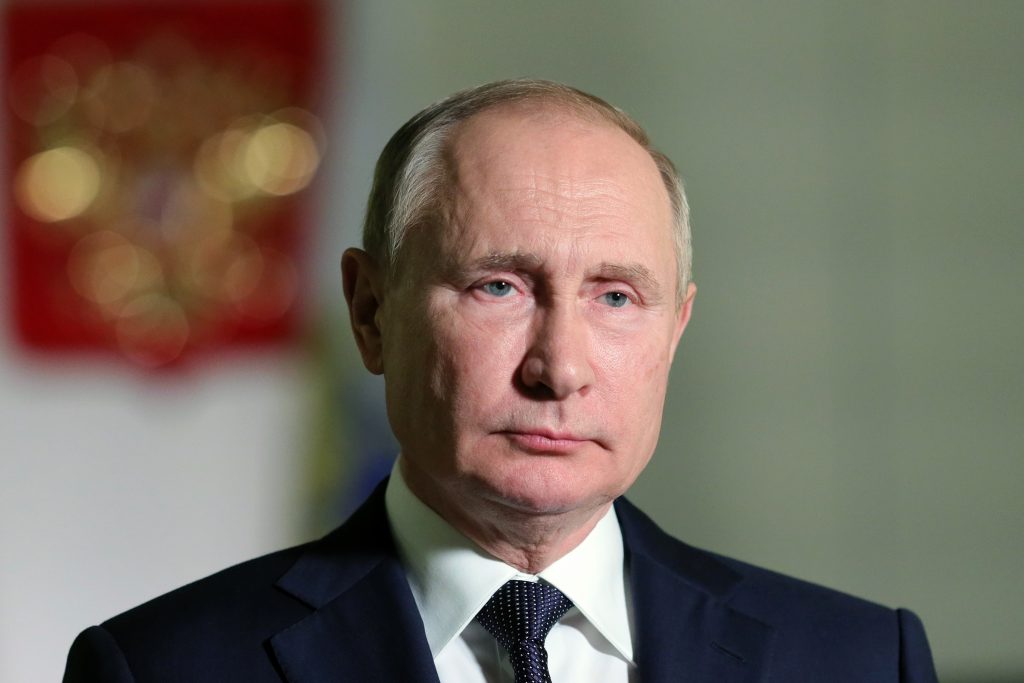 It appears that the European Union has decided to call things exactly what they are.

As Alyaksandr Lukashenka’s manufactured migrant crisis on his country’s border with the EU escalated earlier this week, a spokesperson for the European Commission assailed the Belarusian dictator’s “gangster-style” tactics.

This is not hyperbole. Tensions between Belarus and the European Union have been mounting since Lukashenka retaliated to EU sanctions by orchestrating a migrant crisis on the country’s shared borders with EU member states Latvia, Lithuania, and Poland.

In recent months, the Lukashenka regime has been flying migrants to Minsk from the Middle East and moving them to the border. Latvia, Lithuania, and Poland have responded by erecting barbed wire fences, building walls, and sending military forces to control the border.

As thousands of migrants set up makeshift camps close to the border this week, Poland’s Prime Minister Mateusz Morawiecki told an emergency session of parliament on November 9 that the ultimate culprit in the escalating crisis is Kremlin leader Vladimir Putin.

“This attack which Lukashenka is conducting has its mastermind in Moscow. The mastermind is President Putin,” Morawiecki said.

The allegation is plausible, especially when one considers that the Belarusian dictator’s manufactured migrant crisis mimics tactics Russia has been accused of using against Europe in the recent past.

As Brussels accused Belarus of behaving like a “gangster regime” and Warsaw alleged that the real godfather was in the Kremlin, Moscow decided to play the part.

Apparently acting in the role of consigliere for the Putin-Lukashenka axis of autocrats, Russian Foreign Minister Sergei Lavrov said the quiet part out loud by suggesting that the whole problem would go away if Europe would only pay Lukashenka off.

Lavrov’s comments came at a news conference on November 9 in Moscow alongside Archbishop Paul Gallagher, the Vatican Foreign Minister. Russia’s top diplomat cited a 2016 deal under which Brussels provided financial assistance to Turkey in exchange for Ankara taking back migrants who had entered Greece illegally.

“Why is it not possible to help the Belarusians in the same way?” Lavrov said.

So there you have it. The mask is off. Lukashenka’s main financial benefactor, which in all likelihood is the ultimate architect of the growing humanitarian crisis on Europe’s eastern frontier, is attempting to make Brussels an offer it cannot refuse.

However, this is an offer the EU must refuse in no uncertain terms. Providing financial assistance to Lukashenka would effectively offset sanctions enacted in response not only to his brutal crackdown on dissent and the torture of dissidents, but also the de facto hijacking of a European commercial aircraft in spring 2021.

Crucially, it would ease the financial burden Moscow has been forced to bear in propping up the moribund Belarusian economy and the isolated Lukashenka regime. And most importantly, it would reward bad behavior from Moscow and Minsk and encourage more such rogue actions in the future.

The good news is that Brussels is showing no signs of acquiescing to this pressure. On November 9, the European Council partially suspended its visa-facilitation agreement for Belarusian officials, while keeping it in place for ordinary citizens.

The mounting migrant crisis on Europe’s eastern frontier is many things. First and foremost, it is a human tragedy manufactured by two autocrats who are cynically and criminally manipulating desperate people fleeing war and repression.

It is also an effort by the Putin-Lukashenka axis of autocrats to wage hybrid war and destabilize Europe. And now it has become an act of geopolitical extortion and blackmail designed to intimidate Europe and force the EU to back down on sanctions.

The European Commission is absolutely correct to condemn these developments in frank and unambiguous language. Lukashenka is indeed engaging in “gangster-like” tactics, but he is not alone. It looks increasingly like the real mastermind driving this dangerous crisis is located in Moscow. It is vital that the EU and NATO now stand firm in facing both men down.