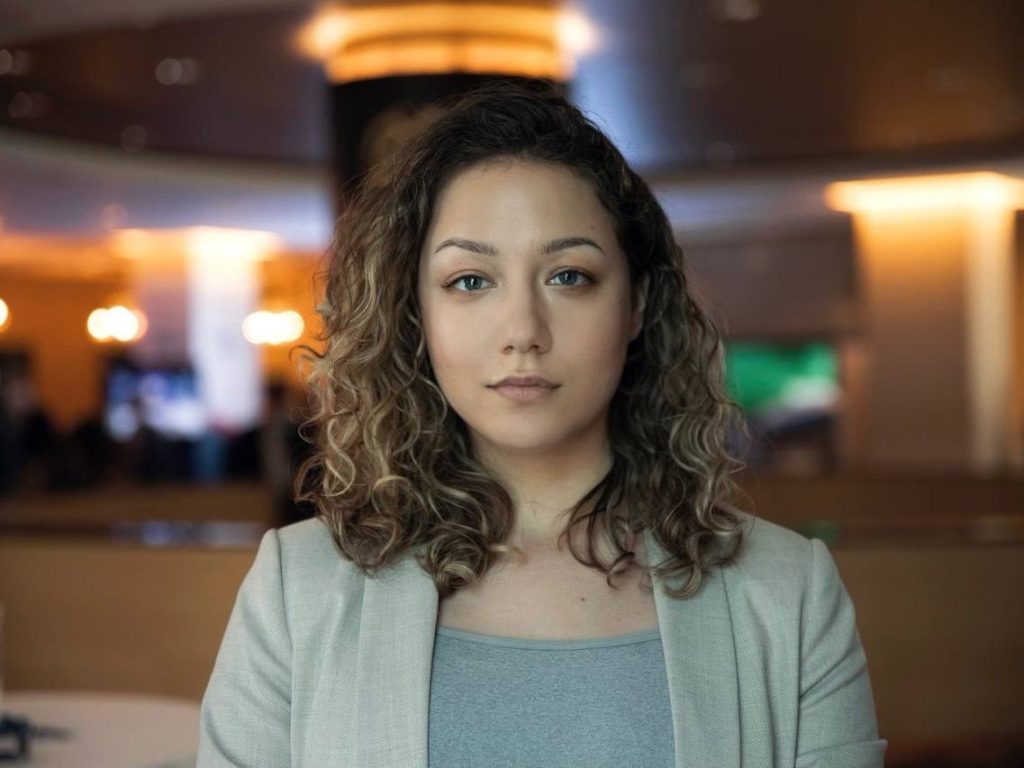 “At first, I didn’t think getting rid of [Alyaksandr Lukashenka] would take so long,” Anastasia Kostyugova admits. She is the co-founder of the Women in White movement, a civic movement in Belarus that catalyzed around the 2020 fraudulent presidential election in Belarus.

It’s been more than a year since Belarus held an election which sparked a political crisis that has threatened the legitimacy of the regime. Lukashenka, the long-term authoritarian leader, expected an easy win but after serious mismanagement of the economy and the COVID crisis, the country rebelled when he tried to steal the race. For the first time ever, women stood up to the mustachioed misogynist, organizing photogenic marches of thousands of women in white peacefully marching, holding flowers, and smiling.

Lukashenka imprisoned his male contenders and made a serious error in judgment by allowing Svitalana Tsikhanouskya, a stay-at-home mother of two and former English teacher, to register. Lukashenka never thought that Belarusians would coalesce around a woman.

They did, and they have. Tsikhanouskya and two other women became the face of the democratic movement that swept the country, sparking the greatest political crisis Lukashenka has ever seen.

On Saturdays in the fall of 2020, from August to the middle of November, women in white took to the streets. On Sundays, the crowds were larger and a combination of men, women, and children. These were the first women-led marches. “It wasn’t natural before,” Kostyugova says.

But then the security forces started to use extreme violence on women and put them in jail. Historically women had been off limits to beatings. Today, only a few brave souls walk the streets in Minsk with white umbrellas every two weeks or so.

Kostyugova, a likeable and energetic 29-year-old marketing specialist from Minsk, is in Washington to receive the Jeane Kirkpatrick Award from the International Republication Institute on September 23. She also works in the Office of Sviatlana Tsikhanouskya, the opposition leader.

Kostyugova has no regrets in spite of the high price that she has paid for her activism. “I lost my family. I lost my apartment. I still have my life and freedom, and that is more than enough,” she says.

Kostyugova is one of the hundreds of thousands of Belarusians who have fled their country since 2020. “My mother is in prison. I’m in exile. I didn’t expect this. But without [this suffering], we didn’t understand the value of human rights and democracy,” Kostyugova affirms.

Kostyugova is not an ordinary public relations specialist. She is the daughter of Valeria Kostyugova, a political analyst who was detained in June 2020 for giving interviews, and Anatoly Pankovsky. Together, her parents have produced some of the best analytical websites and publications on the country’s politics.

Valeria was taken into custody in the middle of the night after giving an interview. She was charged with conspiracy or other actions with the purpose of seizing state power, and faces up to 12 years in prison. Lukashenka’s regime isn’t messing around. They recently sentenced top opposition leader Maria Kolesnikova to 11 years in jail.

Before the 2020 presidential election, Anastasia was an ordinary young professional, working her way up in the marketing industry, although she considered herself a feminist. “I’m a feminist, but in this country, you’re a freak.” The f-word has a negative connotation for many in Belarus.

She left Minsk quickly in September 2020 after the security services showed up at her work, her home, and grandfather’s home. She had been hiding at a friend’s apartment, but left Minsk immediately after these visits. There was no time to pack. Arriving at the Lithuanian border by car without a visa, she crossed three hours later with a 20-day humanitarian visa and began her life in exile.

Women in White has since moved its efforts online. “It’s all underground now because [the situation] is very dangerous,” she says. Ordinary people have been detained for simply wearing red, the color of the democratic movement.

The initiative seeks to target women who support the regime. “They do not know that something better exists,” Kostyugova says with a smile. They want to reach judges and the wives of police officers. The initiative has approximately 20,000 subscribers but it’s a far cry from the hundreds of thousands of women who participated in last year’s marches.

Kostyugova is nonplussed and said that the effort is focused on building educational content about human rights, democracy, feminism (without using the f-word), and domestic violence into interesting social media content.

This summer, the regime all but shut down independent media, or forced them to redirect their political coverage to anodyne topics like astrology and the weather.

Telegram, the once popular method to organize the democratic forces, is losing its audience. Instead, people, including ordinary factory workers, are moving to YouTube, TikTok and Instagram.

Kostyugova insists that it’s not game over for the democratic movement, in spite of the tiny crowds and the fact that the opposition leader lives in exile. “This system cannot survive 10 years,” she says, arguing that the regime is running out of money. For example, police officers are entitled to free apartments from the government, and there are no longer sufficient funds for these apartments.

Kostyugova is not blind to the enormous challenges that lie ahead. Massive street protests are unlikely to happen again, given the price that the middle class paid last year; thousands lost their businesses and moved abroad. When the regime looked brittle this summer, factory workers never broke with the regime, and Lukashenka stayed put.

“He knows that everyone is tired of him,” she says, but the question of who comes after him is harder to answer.

Analyst Katia Glod thinks that Russia will try to replace Lukashenka slowly, without formal annexation, and that time is on Moscow’s side. Russian President Vladimir Putin and Lukashenka have met in Moscow five times this year to discuss an integration agreement between the two countries, financial assistance, military cooperation, and constitutional reform. Putin wants a pliable leader in Minsk, and Lukashenka is anything but, and he’s also short on cash and the fourth package of sanctions should begin to sting this winter. Lukashenka’s options may be running out.

But for now, the old farm boss is still in charge, even if he’s no longer legitimate and widely despised. “It’s not about loyalty. It’s about fear,” says Kostyugova.

Moscow commentators are alarmed by signs of strengthening national identity in Belarus and warn that “Belarusization” could lead to a decline in Russian influence, much as it has done in nearby Ukraine.

Image: Anastasia Kostyugova, a 29-year-old marketing specialist from Minsk who co-founded the Women in White civic movement, is in Washington to receive the Jeane Kirkpatrick Award from the International Republication Institute on September 23. (Photo: Courtesy)