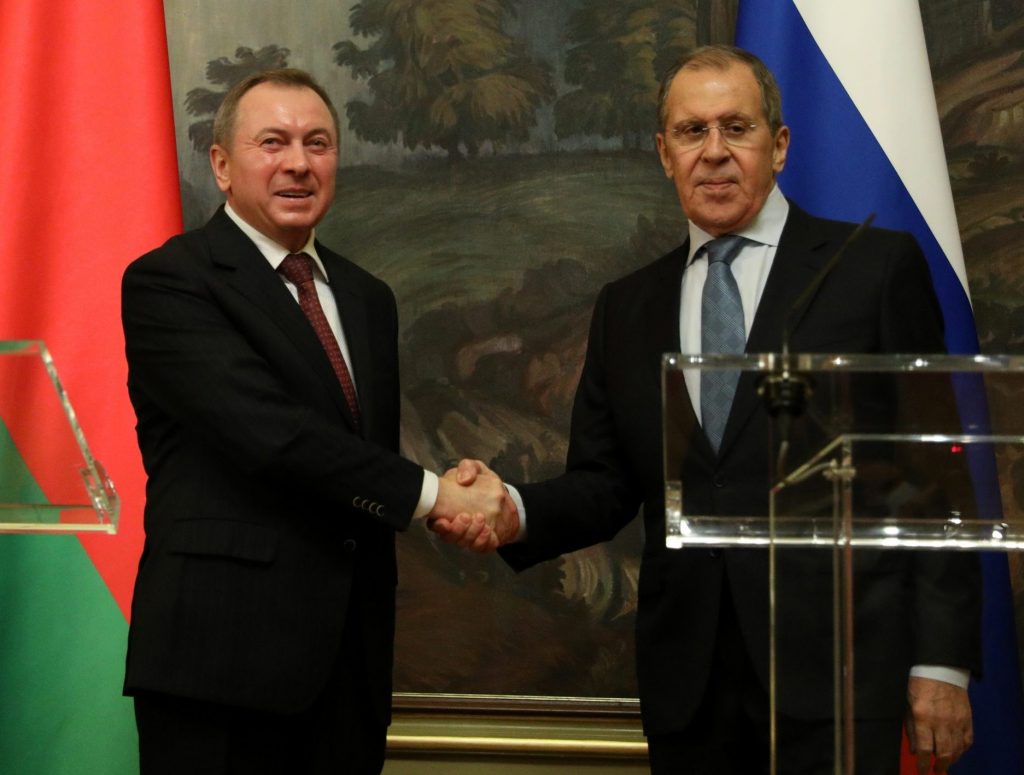 The crisis in Belarus is now in its fourth week with no clear outcome in sight. Belarusian President Alyaksandr Lukashenka presumably lost the August 9 presidential election and has suffered a catastrophic decline in legitimacy during the intervening weeks as support for the current regime has evaporated and his dominance over the country has visibly weakened.

Huge rallies on three consecutive weekends in Minsk have highlighted popular opposition to the regime and underlined Lukashenka’s loss of control. He has also been faced by the first defections from within the regime and strikes by workers at some of the country’s most prominent state-owned industrial enterprises.

This deteriorating situation had initially threatened to overwhelm the Belarus dictator, but he has since been boosted by support from Moscow. Although Russia has yet to offer any large-scale intervention, Putin has personally backed Lukashenka and announced his readiness to send a specially created reserve of Russian security forces across the border into Belarus and prop up the current government if necessary. This week sees a series of high-level bilateral meetings between senior Russian and Belarusian officials that are expected to pave the way for a Putin-Lukashenka summit in the near future.

With neither side of the confrontation currently able to secure a decisive political victory, economic issues may well play a crucial role in determining the ultimate outcome of the crisis. While there is no immediate risk of an economic collapse, the country’s pro-democracy uprising has significantly aggravated existing problems within the Belarusian economy. Since the protest movement first erupted almost one month ago, the Belarusian ruble has lost around ten percent of its value and several banks have ceased providing funds, even within the framework of already concluded loan agreements. There are reports of hard currency shortages in Minsk and all regional centers.

The thriving Belarusian IT sector, which employs around 60,000 people in Minsk alone, has been particularly hard-hit by the government’s tough response to the protests and regular internet shutdowns, with many companies announcing that they intend to relocate their operations to other countries. These challenging circumstances are attracting the interest of Russian private and state-owned companies, who are drawn to Belarus’s huge industrial enterprises and infrastructure objects, most of which have yet to be privatized.

Moscow has already demonstrated its financial support for Lukashenka by announcing an agreement to refinance a USD 1 billion debt to Russia, which equals around 12 percent of all Belarusian debt to Russia. There can be little doubt that the Kremlin would be more than happy to offer further financial support to the struggling regime in exchange for a greater share of Belarus’s considerable state-owned economic assets.

This is not a new approach. Indeed, Russia already has extensive economic interests in Belarus and has frequently demonstrated an appetite for further acquisitions. Since 2011, Russian energy giant Gazprom has owned the strategically important Belarusian gas pipelines used to transit Russian gas to Poland and Germany. Meanwhile, Russia owns a 42.5% stake in Belarus’s giant Mozyr oil-processing facility via Slavneft, which is currently controlled by Rosneft and Gazpromneft.

For years, Russian truck manufacturer KAMAZ has expressed an interest in Minsk-based heavy transport vehicle producer MAZ. Russians are also believed to be covetous of Belaruskali, which ranks as one of the world’s largest producers of fertilizers and serves as a major rival to Russia’s own producers.

Nobody knows exactly how any new wave of Russian economic expansion in Belarus would be organized, but past experience suggests that Russia’s largest state-owned bank Sberbank would be likely to play a major role. The bank is headed by Putin regime loyalist German Gref, who worked alongside Putin in St. Petersburg during the 1990s and was part of the team that drafted the successful economic reforms of the early 2000s.

Since 2009, Sberbank has invested hundreds of millions of dollars into Belarusian real estate and has its own Belarusian subsidiary. Gref has expressed his full support for Lukashenka during numerous visits to Minsk, with the last trip coming in early July as election campaign tensions began to mount in the country.

During this summer 2020 visit, Gref announced a series of additional investments in Belarus and unveiled an expensive new fountain as a gift to the city of Minsk. He also remained noticeably quiet on the topic of Lukashenka’s recent actions against another Russian-owned bank, Belgazprombank, which the Belarusian authorities had effectively taken over after former head Viktar Babaryka had attempted to enter the presidential election race.

A number of Sberbank clients are also closely tied to Russian economic involvement in Belarus. Sberbank is reportedly the largest creditor of Mikhail Gutseriev, whose clan ranks among the wealthiest in Russia. Gutseriev’s oil company Safmar was the only supplier to continue delivering oil to Belarus after Putin cut shipments in January 2020. This is unlikely to have been possible without some degree of consent from the Kremlin.

Fellow Sberbank client Dmitry Mazepin has also been active in Belarus. Mazepin, who owns a company that controls a large slice of Russian fertilizer production, responded to the escalating protests against the Lukashenka regime by calling for the creation of a “Committee for the Salvation of Belarus” that would unite Belarusian and Russian executives in efforts to promote economic reform and political reconciliation in the country. Many have speculated that Mazepin’s interest in Belarus is focused on the country’s fertilizer giant Belaruskali.

When attempting to assess Moscow’s economic interests in its western neighbor, it is vital to appreciate the differences between the two countries. While Belarus closely resembles Russia in terms of its authoritarian political architecture, the Belarusian economy has little in common with modern Russia. The post-Soviet privatization that took place in Russia never happened in Belarus. Instead, most industrial enterprises remain state-owned.

It is reasonable to assume that Russian business leaders, whether from the “patriotic” or “liberal’ camps, are now eyeing the Belarusian economy as perfect prey that can be easily appropriated if the beleaguered Belarusian dictator is forced to sell off state assets in order to rescue his regime. Indeed, although Gref is typically regarded by many in Western circles as a liberal banker, he may actually be the most prominent lobbyist for Lukashenka within the Kremlin.

The importance of economic factors should not be exaggerated, of course. The Kremlin has a number of overriding geopolitical concerns that are shaping Moscow’s response to the crisis in Belarus. Nevertheless, financial considerations are in all likelihood also playing an important part in determining Russian policy.

Belarus offers a range of appealing economic opportunities for Russia and is now more vulnerable than ever to pressure from the Kremlin. This economic element should not be forgotten as analysts explore the latest chapter in the geopolitical ‘Great Game” that is currently unfolding in Eastern Europe.