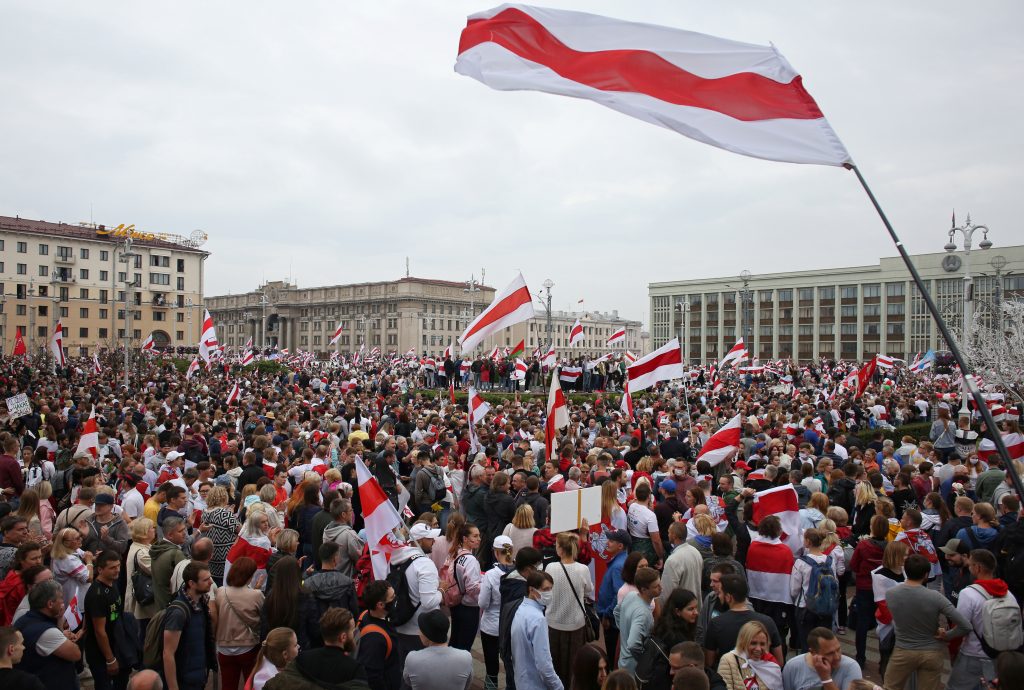 Another symbolic moment was the 2019 reburial of nineteenth century Belarusian national hero Kastus Kalinouski, who was among the leaders of the 1863 Uprising against czarist rule. Kalinouski is widely regarded as the foundering father of modern Belarusian statehood. Executed by the Russians following the failure of his revolt, Kalinouski’s remains were identified in Vilnius in 2019 and reburied in a ceremony in the Lithuanian capital. Thousands of Belarusians attended the event, with many describing it as a life-changing experience. Significantly, Kalinouski’s funeral also revived discussion of the ties linking modern Belarus with Lithuania and Poland through a common Central European heritage in the Grand Duchy of Lithuania and the Polish-Lithuanian Commonwealth.