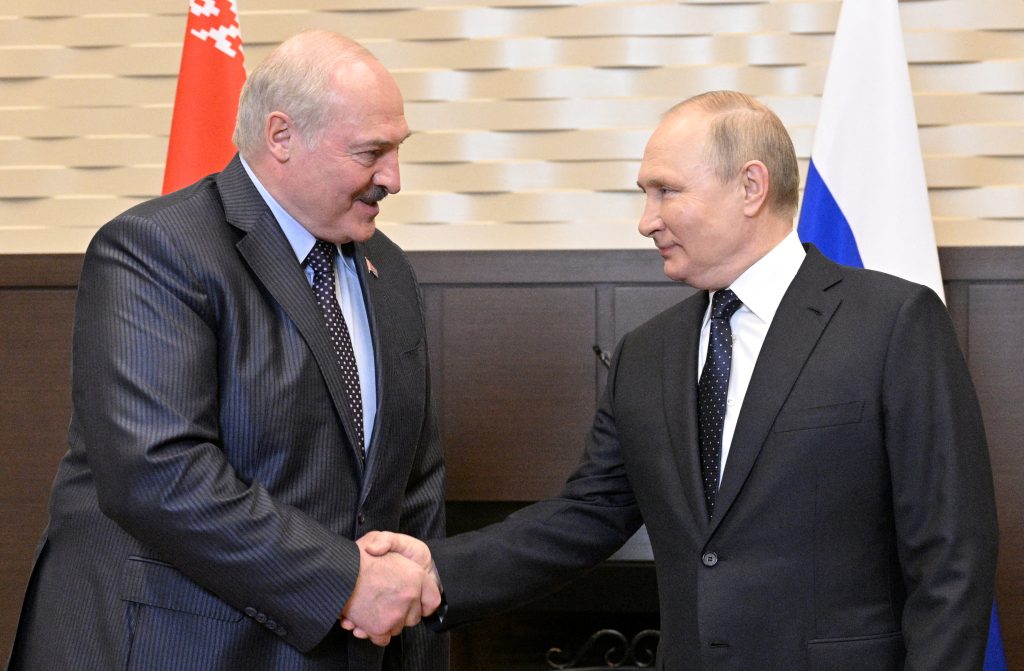 He allowed Russia to use Belarusian territory as a platform to attack Ukraine and permitted Moscow to deploy nuclear-capable missiles near the Ukrainian border. He hijacked a European airliner and manufactured a migrant crisis. And he has carried out a brutal crackdown on dissent that includes the torture of opposition figures.

But despite all this, Belarusian autocrat Alyaksandr Lukashenka may have just discovered the perfect little escape hatch to free his regime from Western sanctions and international isolation. The key to Lukashenka’s potential liberation and rehabilitation lies in a problem that was created by his ally and patron, Vladimir Putin: the looming global food crisis that has resulted from Russia’s Black Sea blockade on Ukrainian grain.

Speaking at an extraordinary summit of EU leaders in Brussels, European Commission President Ursula von der Leyen said the food crisis is “only the fault of Russia,” accusing Moscow of blocking 22 million tons of grain from being shipped out of Ukraine’s Black Sea ports.

In an effort to alleviate the crisis, European leaders are seeking alternative routes to bring Ukrainian grain to global markets. One option being considered is shipping the grain via rail to ports on the Baltic Sea. And therein lies the catch. To get to Baltic Sea seaports like the Lithuanian port of Klaipeda, most of that grain would need to pass through Belarus.

In remarks to reporters on May 10, Lithuanian Transportation Minister Marius Skuodis said the West needs to either confront Russia and “dare to unblock the ports” or “use the existing infrastructure and to transport grain via Belarus, which would allow us to use the full capacity of the port of Klaipėda, as well as the capacity of Latvian and Estonian ports. This would require a certain humanitarian corridor via Belarus.” Skuodis added that “if a Ukrainian shipment came from Belarus, we would accept it.”

And therein lies the unsavory dilemma. In order to solve a potentially catastrophic world food crisis that has been manufactured by Putin, the West may need to make a deal with Lukashenka.

Latvian Prime Minister Krišjānis Kariņš summarized the deal-with-the-devil problem succinctly, noting that on the one hand, Belarus would be the most efficient route to get grain to Baltic ports, which “have a lot of capacity.” But on the other hand, he added, “the question is what Belarus will ask in return. And that price may be too high.”

The price demanded by Minsk would almost certainly involve the easing of international sanctions against the Lukashenka regime. Luxembourg’s Prime Minister Xavier Bettel called the idea of making such a deal with Belarus “a bit tricky.”

There are alternative options available other than the Belarusian route for Ukrainian grain.

Officials have noted that some grain can be shipped from Ukraine to Baltic seaports via Poland, but capacity on this route would be limited due to logistical issues including a backlog of traffic, a shortage of suitable wagons, and the fact that Ukraine and Lithuania still use Soviet-standard rail gauges which are wider than the European-standard gauges Poland uses. As a result, according to Skuodis, only two or three trains per day can travel to Lithuania from Poland.

The Polish port of Gdansk and the Romanian port of Constanța are also being looked at as alternatives, but those options include the same logistical problems of shipping the grain to Lithuania via Poland. The most viable option from a logistical perspective is opening a corridor through Belarus, but this is also the most politically unsavory.

As Western leaders ponder their options, the Lukashenka regime continues to act like a facilitator and co-aggressor in Putin’s illegal and unprovoked war against Ukraine. Just days after allowing Russia to deploy nuclear-capable Iskander missiles that could strike Ukraine from Belarusian territory, Lukashenka ordered the creation of a new military command in southern Belarus near the Ukrainian border.

Ukrainian Foreign Minister Dmytro Kuleba has correctly said that Russia is trying to leverage the grain crisis it created in order to “blackmail” the West into lifting sanctions. Given Belarus’s near absolute economic and political dependence on Russia, easing sanctions on Belarus in exchange for helping export Ukrainian grain would, in effect, be the same as easing sanctions on Russia.

A deal with the devil to address the looming world food crisis may be tempting. But it is a temptation that should be avoided.

Image: Russian President Vladimir Putin shakes hands with his Belarusian counterpart Alyaksandr Lukashenka during a meeting in Sochi. May 23, 2022. (Sputnik/Ramil Sitdikov/Kremlin via REUTERS)