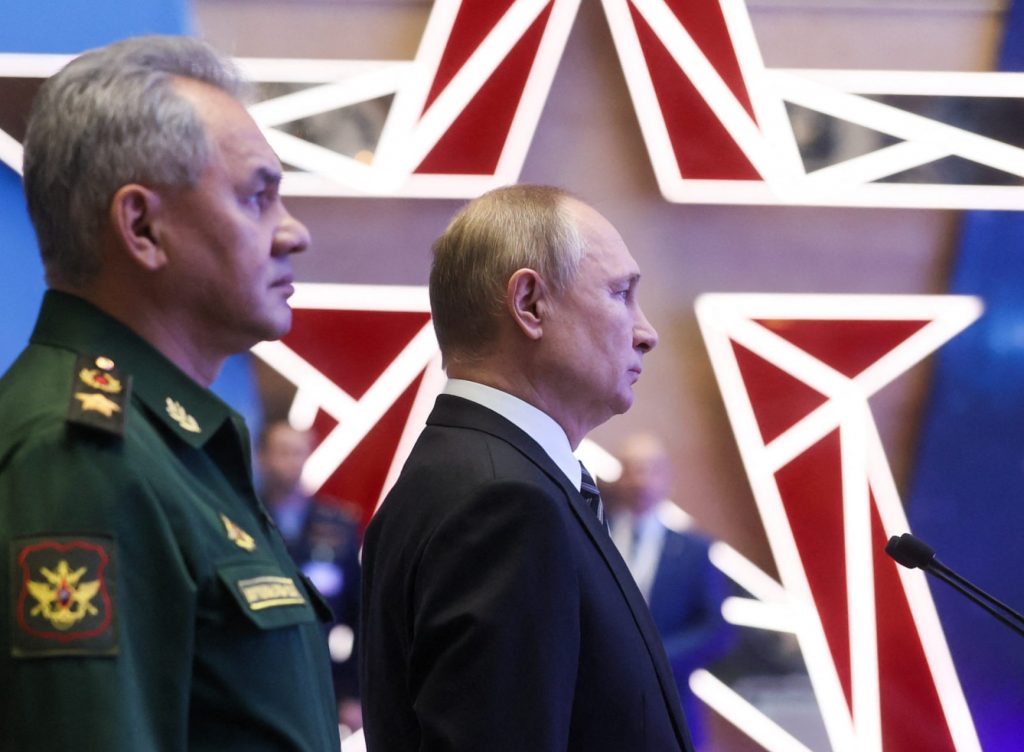 Suddenly, the prospect of Russian nuclear weapons being stationed on Belarusian soil no longer seems all that far-fetched.

When Alyaksandr Lukashenka first raised the prospect back in November 2021, it was tempting to dismiss the remarks as just another outlandish comment from the mercurial Belarusian autocrat. But Belarusian Foreign Minister Uladzimir Makei has now raised the issue once again in an interview with RT Arabic on December 18.

And this week, as if on cue, two senior Russian officials endorsed the idea. Speaking to reporters on December 20, Kremlin spokesperson Dmitry Peskov said the potential deployment of nuclear weapons to Belarus was very much on the table.

The next day, on December 21, Deputy Foreign Minister Andrey Rudenko confirmed that “all options”, including basing nuclear weapons in Belarus, would be considered if Ukraine were granted NATO membership or if the alliance deployed additional forces or weapons to the Baltic states.

As all this loose nuke talk was taking place, Russia sent two nuclear-capable Tu-22M3 strategic bombers, escorted by Su-30SM fighter jets, to patrol Belarus’s western border with the EU. Adding to the increasingly bellicose atmosphere, General Uladzimir Archakov, the Deputy Secretary of the Belarusian Security Council, dismissed the Baltic states as “nothing in military terms” and declared that they would be destroyed in the event of a conflict.

As 2021 draws to a close, the Kremlin is rapidly solidifying its ongoing militarization of Belarus. Whether or not the recent talk of deploying nuclear weapons comes to anything, the steady expansion of Moscow’s military footprint in its far smaller but strategically important neighbor is dramatically altering the security equation on NATO’s eastern flank. Nukes or no nukes, Putin has turned Belarus into a military platform and a force multiplier.

The recent flurry of statements from Minsk and Moscow about deploying nuclear weapons to Belarus came immediately after the Kremlin published a sweeping set of demands in the form of two draft “treaties,” one with the United States and another with NATO.

Russia has demanded that the Western alliance agree to no additional eastward enlargement, cease all military cooperation with Ukraine and other post-Soviet states, and pledge not to station troops or weapons in the Eastern European countries that joined the alliance after May 1997. NATO and US officials have naturally rejected these demands.

Taken in this context, the threat to deploy nuclear weapons in Belarus has the appearance of geopolitical blackmail. Accept our demands, the Kremlin appears to be saying, or face the reality of nuclear weapons on NATO’s doorstep.

With Russia continuing to mass troops on its border with Ukraine as fears of an all-out invasion spark international alarm, recent talk of Russian nuclear weapons in Belarus could turn out to be a harbinger of a future military confrontation in Eastern Europe.

In the event of a fresh Russian invasion of Ukraine, the West would certainly respond with sanctions, possibly including banning Moscow from the SWIFT banking payment system and sanctioning Russian sovereign debt on primary and secondary markets.

There would also be intense pressure on NATO to place additional troops, possibly along with permanent bases, in the Baltic states and Poland in order to protect the alliance’s vulnerable eastern flank. It is precisely this eventuality that Russian and Belarusian officials say would trigger the deployment of nuclear weapons in Belarus.

In a recent article for the Brookings Institution, former US ambassador to Ukraine Steven Pifer wondered whether the Kremlin is seeking to use the West’s rejection of its demands as a pretext to invade Ukraine. “The unacceptable provisions in the two draft agreements, their quick publication by the Russian government, and the peremptory terms used by Russian officials to describe Moscow’s demands raise concern that the Kremlin may want rejection,” Pifer wrote. “With large forces near Ukraine, Moscow could then cite that as another pretext for military action against its neighbor.”

With much of the US national security establishment focused on a potential conflict with China, 2021 turned out to be the year that the security equation in Europe changed more than at any time since the Russian annexation of Crimea in 2014, and perhaps since the end of the Cold War in 1991. Vladimir Putin clearly sees an opportunity to put part of the old empire back together again.

The prospect of a Russian invasion of Ukraine is very real, and arguably likely. And the prospect of nuclear weapons in Belarus no longer seems far-fetched.

Image: Russian President Vladimir Putin and Defense Minister Sergei Shoigu attend a military exhibition before an expanded meeting of the Defense Ministry Board in Moscow. December 21, 2021. (Sputnik/Mikhail Metzel/Pool via REUTERS)