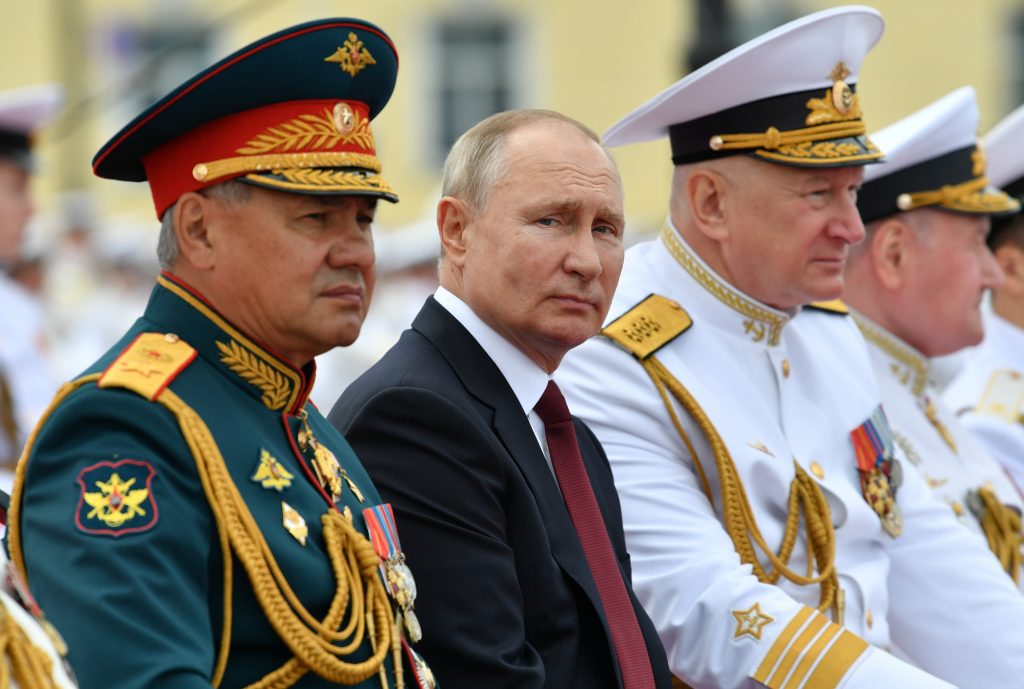 With the quadrennial Zapad military exercises just six weeks away, Russian troops and military equipment have begun arriving in Belarus.

The Belarusian Defense Ministry announced on Telegram on July 27 that the latest contingent of Russian soldiers arrived at the Polonka railway station in western Belarus where they were greeted with bread and salt by servicemen from the Belarusian 11th Separate Guards Mechanized Brigade.

According to Rochan Consulting, which is tracking the runup to Zapad-2021 on its blog, we are “seeing the introduction of the most prominent, best equipped Russian ground units into Belarus, which in itself is significant. But it is just the start.”

Every four years, the Zapad exercises are a cause for vigilance and concern for Western military planners and analysts, as well as for the countries along NATO’s eastern flank.

In the runup to the Zapad-2017 exercises, some observers feared that Russia could use the exercises to launch a fresh assault on Ukraine, stage a provocation against Poland or Lithuania, or as a pretext to keep troops in Belarus. And while those fears were not realized then, there is growing concern that this year’s Zapad exercises, scheduled for September 10-16, could be different.

During a meeting with the Belarusian community in New York this week, opposition leader Sviatlana Tsikhanouskaya said she feared that Alyaksandr Lukashenka's regime "can use the presence of Russian troops to blackmail its western neighbors and Ukraine. There is a lot of talk about this now. Threats can manifest themselves in various ways.”

One of the main differences between Zapad-2017 and Zapad-2021 is the political context.

Back in 2017, Lukashenka was clearly not interested in joining Vladimir Putin's conflict with the West. He therefore attempted to bring a level of transparency to the exercises, both to protect himself and to reassure Belarus’s Western neighbors that the drills would not be used as a platform for mischief.

Lukashenka invited observers from seven countries (Ukraine, Poland, Lithuania, Latvia, Estonia, Sweden, and Norway) as well as representatives of the UN, the OSCE, NATO, and the Red Cross to monitor the portion of Zapad-2017 exercises that took place on Belarusian territory. He also went out of his way to assure Ukraine, Poland, and the Baltic states that he would not allow Belarusian territory to be used to attack or intimidate their countries.

At the time, Russia was so displeased with Lukashenka that neither Putin nor Defense Minister Sergei Shoigu visited Belarus during the exercises and Russian military commanders did not stay for a ceremonial dinner after the drills.

Lukashenka returned the snub, cancelling plans to make a joint appearance with Putin at a Russian military installation. After the exercises, he publicly stressed his desire to improve relations with the West.

The atmosphere in the runup to Zapad-2021 is, to put it mildly, a bit more threatening.

Lukashenka's brutal crackdown on dissent in the aftermath of the deeply flawed and disputed August 2020 presidential election, along with Belarus's effective hijacking of Ryanair flight 4978 and kidnapping of dissident journalist Roman Pratasevich in May 2021, have made the Belarusian dictator persona non grata in the West. He now has nowhere to turn but to Moscow.

Lukashenka has also been bending over backwards to demonstrate his geopolitical loyalty to Moscow, turning Belarus into a potential front in Russia's war against Ukraine, threatening to disrupt trade supply chains between Europe and Asia, and weaponizing illegal migration against Lithuania.

For its part, Russia has been steadily expanding its political, economic, and military footprint in Belarus. The two countries are conducting a record number of military exercises this year in the runup to Zapad-2021 and the constant rotation of Russian forces means there is a de facto permanent Russian troop presence in Belarus.

And as if this all wasn't enough to make Western military planners lose sleep, Moscow is continuing to station troops in Russian border regions close to Ukraine, ostensibly to prepare for Zapad-2021. Russia's Defense Ministry sent troops to the Ukrainian border in April, sparking fears of a fresh offensive. Defense Minister Shoigu later ordered them back to their bases. But according to Ukrainian officials, roughly 80 percent of the troops and equipment remain in the border area.

The early signs suggest that Zapad-2021 will be a very different affair from Zapad-2017. Which means it could be a stressful September for NATO, Belarus's western neighbors, and Ukraine.