As headline inflation shows signs of moderating, this piece puts the three central banks’ final monetary policy decisions of 2022 into context. It then focuses on the impact and outlook of central banks’ balance sheet tightening, the other mechanism in banks’ toolkit to fight inflation.

Lower inflation readings in November allowed the Fed, ECB, and BoE to step down from their most recent 75 to a 50 basis points (bps) hike in December.

The Fed now has two consumer price index data points for October and November that indicate US headline inflation might have passed its peak. While a recession in 2023 remains likely, this data suggests that there is still a window for the US economy to stick a soft landing. Chair Powell’s remarks indicate, however, that the Fed is concerned about price pressures broadening across the economy and becoming entrenched. With price increases for services now outpacing goods inflation and a still-resilient US labor market, the Fed’s December dot plot projects rates will remain at around 5 percent throughout 2023 to combat stickier core inflation. Maintaining higher rates for longer opens the door for the Fed’s balance sheet tightening to have a larger impact on its policy stance.

In contrast to the US economy, the BoE estimates that the UK economy has already entered a protracted recession, which is expected to continue until the end of 2023. The BoE’s monetary policy committee seems divided about how to follow-up this week’s 50 bps hike that increased the policy rate to 3.5 percent. Market estimates for the UK terminal rate in 2023 range from 3.75 to 4.75 percent.  The continued energy price shock, tight labor market, and the looming threat of stagflation make additional rate increases likely, but a severe recession might force the BoE’s hand to ease conditions earlier than expected. This uncertainty also clouds the future path of the BoE’s quantitative tightening.

Like the UK economy, the eurozone has already entered recession territory in Q4. Germany reporting a downside surprise in headline inflation is welcome news, but projections of at least a technical recession, the ongoing energy crisis, and persistent fragmentation risks in the euro area complicate the ECB’s choices in 2023. ECB President Lagarde is expected to oversee additional, albeit smaller, rate hikes to increase the deposit rate to near 3 percent. In addition, the ECB will also begin to reduce the size of its balance sheet in 2023.

The balance sheet tightening, or quantitative tightening (QT), by the Fed, BoE, and ECB comes in response to the significant increase in the size of their cumulative balance sheet as result of quantitative easing (QE) to stimulate economic activity during the pandemic. When a central bank conducts QT, it drains liquidity from the economy by reducing the supply of securities such as US treasury bonds. A lower supply increases the yields of these securities and tightens financial conditions. Please read my previous article on this topic for a more in-depth explanation of how QT works and what might be some of the associated risks.

There are several important reasons why central banks reduce the size of their balance sheets. First, QT can amplify the restrictive monetary stance achieved by higher interest rates. In a best-case scenario, this could allow central banks to forego a rate hike or begin lowering rates earlier. Second, by raising policy rates to rein in inflation, central banks, including the Fed, might incur losses because the interest payments on their liabilities increase while earned interest on their previous asset purchases remains the same. In the case of the Fed, BoE, and ECB, such losses are unlikely to create financial stability concerns, but could result in political complications. Third, there is a finite number of securities a central bank can purchase. For QE to remain an effective tool during a future crisis, it is important to ensure an ample pool of securities.

Between these three central banks, only the BoE and the Fed are already undertaking QT. They are on track to reduce their balance sheets by roughly 45 billion pounds and $500 billion in 2022 respectively. If both banks’ QT programs remain on schedule through 2023, the Fed would unwind approximately 35 percent ($1.6 trillion) of the assets purchased since the beginning of the pandemic, whereas the BoE would only shrink its pandemic related portfolio by around 15 percent (120 billion pounds). The ECB announced at its December meeting that it would begin in March to slowly roll-off securities in its Asset Purchase Program at a 15 billion euros per month pace. This will likely result in a balance sheet reduction of 150 to 200 billion euros or roughly 4 percent of the ECB’s pandemic related asset purchases by the end of 2023. When measured against the pandemic related balance sheet increases of these three central banks, the Fed is currently pursuing the most significant QT program.

The question remains, however, about what the impact of QT might be when expressed in basis points of additional tightening of financial conditions. When the Fed first commenced its post-pandemic QT in June 2023, Fed Chair Powell cautioned: “I would just stress how uncertain the effect is of shrinking the balance sheet.” In a recent analysis, a researcher from the Federal Reserve Bank of Atlanta estimated that a $2.2 trillion balance sheet reduction could be equivalent to an increase in the Fed’s policy rate of between 29 and 74 basis points. The wide gulf between the two numbers is based on the financial conditions in which QT is implemented. When financial conditions become strained, for instance during a recession, QT has a larger tightening impact. This insight suggests that the Fed’s target of $1.6 trillion in QT until the end of 2023 could equal at least a small interest hike (25 bps) in tightening. Similarly, the smaller scale of the BoE’s QT program could still have a fairly significant impact in a stagflationary environment. Of course, this also points to the risk of QT causing a financial accident by constricting liquidity too much. Other reasons why a central bank might pause QT could include a severe recession or the goal to significantly ease financial conditions.

The decisions and statements this week from the Fed, ECB, and BoE show that 2023 will be a year full of new monetary policy challenges. Central banks have tools at their disposal, but they will have to be deployed in different ways across these economies in the months ahead. 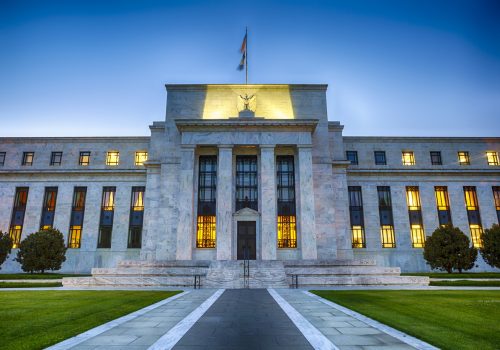 June 1 onwards, the Fed will begin to reduce the size of its balance sheet, i.e., conduct quantitative tightening. But how does QT work, what are its goals, and are there potential risks of the policy?