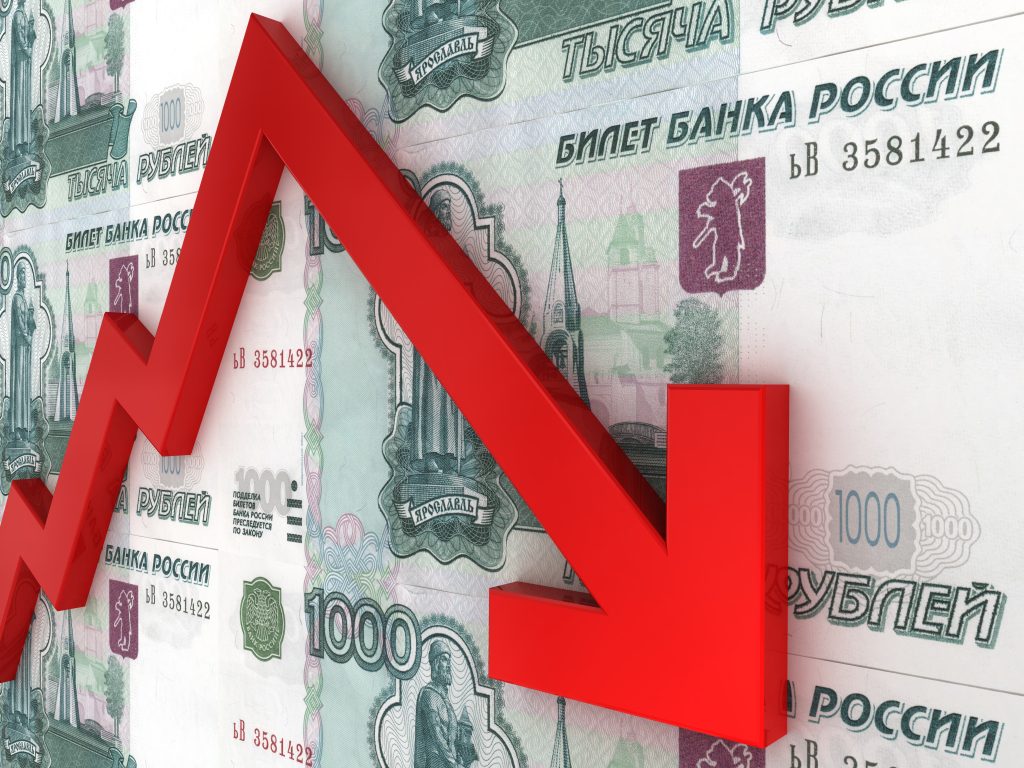 In our previous edition of the Global Sanctions Dashboard, we warned that Russia’s potential invasion of Ukraine would bring a wave of rapid sanctions escalation. A little over one month later, the unfortunate event we all dreaded took place. This was not the first time Russia instigated an unjust war against a neighbor, but it was the first time the West sanctioned Russia with the purpose of crippling the Russian economy and financial system.

As Ukrainians are fighting for their freedom, Western countries are imposing new sanctions on entities and individuals supporting Ukraine’s invasion. It’s an evolving story changing by the day. Whether sanctions can hinder or even stop Ukraine’s invasion remains to be seen, but they are devastating Russia’s banking and financial system and pushing Russia towards risk of default. This is sanctions on steroids. In this special edition of the Global Sanctions Dashboard, we walk you through these whirlwind weeks of sanctioning Russian oligarchs and central bank reserves, cutting Russia off SWIFT, and some of Russia’s options for sanction-proofing its economy.

The most impactful and surprising development was the sanctioning of the Central Bank of Russia (CBR) by the US, EU, and UK. By freezing the bank’s assets in their jurisdictions, Western allies hope to deprive Moscow of one of the key planks of its “Fortress Russia” self-reliance strategy: the CBR’s $630 billion stockpile in reserves.

The CBR was not expecting to be sanctioned so heavily and so early. Indeed, Western unity on this new, bold move to target a G20 central bank came as a surprise to everyone last weekend. The CBR has innovated quickly to keep monetary policy tools, including foreign currency buffers, at its disposal. But this has also forced it to break taboos—capital controls, closed stock markets, allowing banks to hold off on updating asset values. Breaking such taboos may come at a long-term price. The CBR has taken years to build credibility as a credible international actor and, until now, capital controls hadn’t been part of Russia’s policy mix since the 1990s.

The main preoccupation which appears to be driving CBR and government behavior is the supply of accessible hard currencies. With 53% of reserves frozen and no Western or even Chinese banks willing to provide swap lines, the CBR may not be able to meet the liquidity requirements of banks and indebted corporates. They have responded by forcing the conversion of 80% of export revenue into rubles, introducing soft capital controls and even missing interest payments on some debt.

Export revenue has suffered noticeably as large energy corporations and brokers have begun to see reputational risk in being associated with Russia. Nonetheless, several hundred million dollars worth of export revenue is still flowing in every day. This confirms the GeoEconomics Center’s view on excluding Russian banks from the SWIFT system. Transactions can still take place as long as both parties are willing to find alternatives to the messaging service. This doesn’t rule out disruptions for smaller transactions and will add to the list of reasons why investors are shunning Russian assets.

Looking at this visual of sanctioned Russian entities, you’ll notice the sheer number of US-sanctioned banks and financial institutions. The reason is that when the US designates a company, it goes after all subsidiaries at least 50% owned by the initial target. Following this rule, OFAC designated four major Russian banks along with their subsidiaries on February 24: Sberbank (25 subsidiaries), VTB Bank (20 subsidiaries), Otkritie (12 subsidiaries), and Sovcombank (22 subsidiaries). This is a further unprecedented measure designed to drain the Kremlin’s ability to finance war. Although sanctions have so far not stopped Russian troops, they have definitely crippled Russian major banks’ operations and sent the broader economy into freefall.

For example, Russia’s top two banks, Sberbank and VTB, will be practically unable to transact in dollars. Sberbank is Russia’s most significant financial institution, holding the largest market share of deposits in the country. However, if Sberbank tries to process payments in dollars, the transaction will be rejected once it reaches US financial institutions. Similarly, assets of VTB Bank, which is the second largest financial institution and majority-owned by the government of Russia, are already frozen and inaccessible for the Kremlin. As the Russian state loses access to its reserves to prop up the local financial system and the ruble continues to lose ground, Russia’s major financial institutions could risk failure.

Belarus’s involvement in the Ukraine invasion

Notably, OFAC’s list of sanctioned entities includes Belorussian companies alongside Russian ones. Belarus is the only country actively supporting Russia’s invasion of Ukraine. According to the Treasury Department, a significant portion of Belarus’ financial system is now subject to US sanctions, after designating two state-owned banks (Belinvestbank and Bank Dabrabyt). The UK joined the US in sanctioning Belorussian entities and designated two state enterprises – JSC Aircraft Repair Plant and JSC Integral, a military semiconductor manufacturer. Lukashenko is Putin’s only regional military ally, the only leader actively helping his war.

Another highlight of the latest Western sanctions is the targeting of Russia’s top elites – starting with President Putin himself – and extending to his close allies’ sons who run state-owned enterprises. Some of the interesting examples of sanctioned family members include FSB Director Alexander Bortnikov’s son Denis Bortnikov, who is Chairman of the Management Board at VTB Bank; also Sergei S. Ivanov, who runs state-owned diamond company Alrosa and whose father happens to be Putin’s close ally. All the assets of these kleptocrats, including Putin’s, have been frozen in the EU, US and UK and they are banned from traveling in the sanctioning countries. We expect more oligarchs to make their way onto sanctions lists in the coming days and weeks.

However, when it comes to sanctioning the assets of oligarchs and kleptocrats, the hardest part is enforcement. Acknowledging this, the Biden administration is launching a new “KleptoCapture” task force, consisting of officers from the FBI, IRS, Homeland Security Investigations, and other agencies. The task force will be in charge of tracing Russian kleptocrats’ dark money and tracking down Russians who are evading sanctions through the Western financial system.

Can Russia sanction-proof its economy?

Similarly, the Russian CBDC cannot shield the Russian economy from Western sanctions because digital Ruble is in very early stages and focused only on a domestic, retail CBDC. The project is not a part of any wholesale, bank-to-bank CBDC development, which makes moving any digital ruble outside of Russia impossible. Equally importantly, as a CBDC is a fiat currency, any potential use of the digital ruble would suffer from the devaluation effects of the Ruble, which makes holding or accepting it very unattractive. Thus, digital currencies cannot remedy the Russian economy, at least in the short term.

Dedollarization is also not an option for mitigating the effects of sanctions, at least not in the short or even medium term. Russia has been working on dedollarization since the US imposed sanctions back in 2014, including Rosneft’s replacement of dollars with euros for invoicing exports in 2019. However, with more use of the Euro, Russia has become more exposed to EU sanctions and as we have seen, the EU is currently just as eager to sanction Russia as the US, if not more. Coordinated sanctions policy from the West is undermining Russia’s efforts of sanction-proofing its economy through dedollarization.

While you probably have heard the word “unprecedented” many times recently, it’s the best word anyone can think of to describe the sanctions packages Western countries are announcing every day against Russia. According to the White House press release, over 30 countries, representing more than half of the global economy, have sanctioned Russia and made Moscow a global economic pariah. Another notable circumstance is that Western countries are ready to accept the negative effects of sanctions on their economies and are looking for energy alternatives in anticipation of gas cutoffs from Russia. March is likely to see more sanctions from the US and its allies, but it remains to be seen whether sanctions can affect the situation on the ground in Ukraine in any substantial way. At time of this writing, it remains unclear whether the US and its partners will touch the third rail– Russian energy exports.