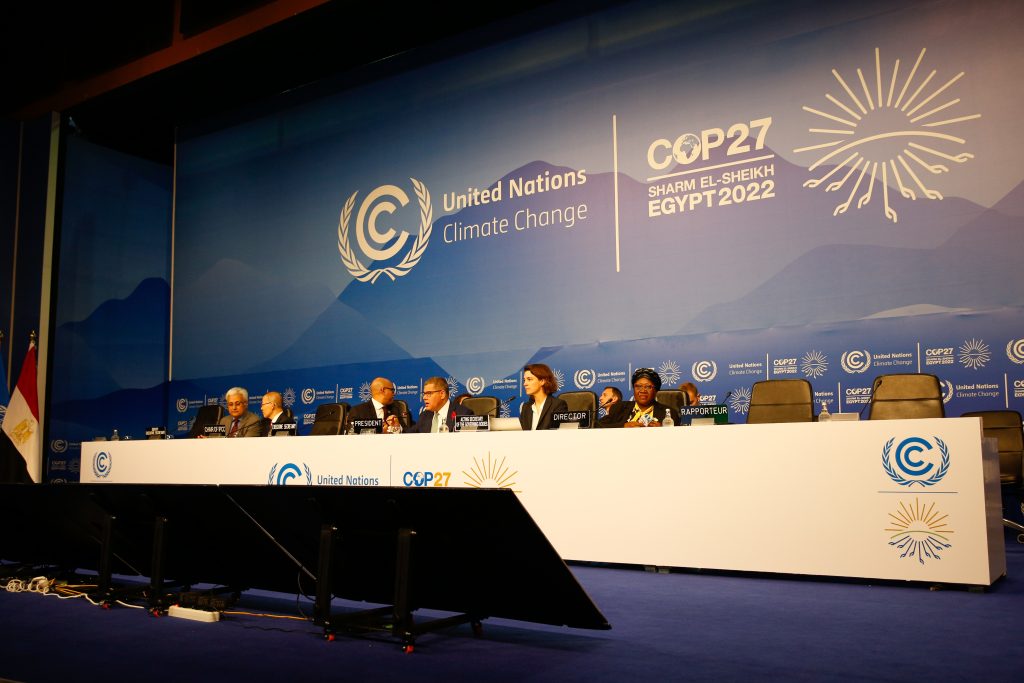 C​O​​P27 kicked off with a two-day World Leaders Summit culminating in a symbolic step in bridging the long-standing divide between the Global North and Global South as leaders agreed to place “losses and damages” on the formal COP agenda. Overall, however, the “implementation COP” has, to date, been scarce on tangible results, with the majority of action occurring outside of the negotiating room as a diverse coalition of industry and NGOs descends on Sharm el Sheikh. To their credit, delegates arrived in Egypt in the shadow of an expansive global energy crisis that looms large over efforts to implement the high bar set for climate action last year in Glasgow. Though on a collision course, energy security concerns and the imperative for climate action are not hindering international efforts to maintain progress on the climate agenda, with clear signs emerging that should offer optimism as technical groups dominate the balance of the next two weeks:

Significant work remains to be done in the coming days. Given the circumstances shaping the energy transition over the past year, COP27 has nonetheless opened with more upside opportunities than might have been anticipated only months earlier.

Partner perspectives: With COP27 underway, there’s no time to waste—public capital is a key conduit to a just energy transition

The sheer scale of needed investments to enact the energy transition will require an unprecedented mobilization of capital. Given its unique capabilities, public capital must play a significant part in this effort.

The JETP model is poised to deliver results in South Africa. Now, at COP27 and beyond, the true test will be translating the model to other country contexts.