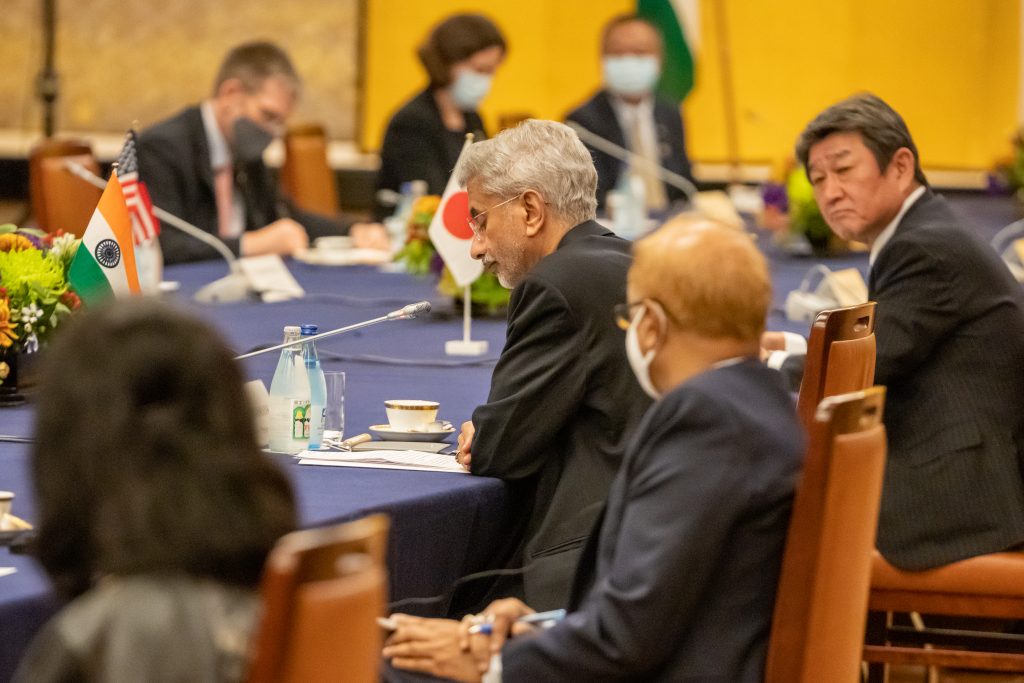 Indian Prime Minister Modi’s visit to the United States this week as part of the first in-person gathering of the “Quad” represents a critical opportunity for the Biden-Harris administration to accelerate the Quad’s cooperation on climate change ahead of next month’s COP26 summit. But the administration will soon need to take its commitment further than visits and working groups.

Accomplishing the climate and geopolitical ambitions of the United States and its allies—specifically, its fellow members of the Quadrilateral Security Dialogue (Quad): Japan, Australia, and India—will require the administration and its allies to offer more substantive support for decarbonization in the Indo-Pacific. Nowhere is that support more critical in terms of global decarbonization and the United States’ geopolitical interests than in India.

India is already the world’s third-largest emitter and will account for the largest share of global energy demand growth out to 2050, with demand expected to double by virtue of an enormous and growing population, expanding energy access, and rising temperatures that raise per-capita energy use. Coal continues to account for more than half of the country’s total primary energy and about 70 percent of power generation. The coal industry is also hugely important to India’s economy and government; the government owns and operates the largest coal mining company in the world and the sector provides significant revenue to central and state governments.

However, significant commitments from the Modi government to grow clean energy capacity to 220 gigawatts by 2022 and reach 450 gigawatts of capacity by 2030 are starting to bear fruit: this August, the country surpassed 100 GW of non-hydro renewable power deployed.

Nonetheless, rapidly rising energy demand and political and economic inertia slowing a transition away from coal reliance will make India’s transition to a net-zero carbon energy system daunting and perhaps the largest challenge facing global decarbonization. And though renewable energy sources are becoming cheaper by the day, India’s energy transition will require a massive investment into clean power generation capacity and electricity transmission infrastructure to not only meet new demand but also displace existing coal power. The impacts of the coronavirus pandemic on India have placed continued investment in the country’s clean energy transition at risk, with human and financial impacts limiting capital and the government shifting its focus toward public health just when concerted efforts to decarbonize are needed most.

The United States and its allies should make sure that India has the resources that it needs to decarbonize quickly, even in the face of that public health crisis. First, decarbonization at home will be for naught if not accompanied by decarbonization abroad. Additionally, Washington would be wise to consider how support, or a lack thereof, for India’s success will be an important signal as to the depth of the Biden-Harris administration’s commitment to leadership on global climate action, particularly in a part of the world where such leadership is needed most.

The recently announced US-India Climate and Clean Energy Agenda Partnership, and Special Envoy for Climate John Kerry’s visit to India last week to launch the Partnership’s Climate Action and Finance Mobilization Dialogue, were critical first steps in strengthening ties between the two nations ahead of COP26 in Glasgow and signaled the United States’ growing prioritization of climate cooperation and support for developing nation’s energy transitions. But with the continued impact of COVID-19 and the dual priorities of decarbonization and development straining the region’s resources, several challenges at the core of India’s energy transition—including market design, grid development, and the empowerment of a nascent clean energy technology sector—will be daunting obstacles that demand a more robust approach.

Here, the Quad offers a significant opportunity for the Biden-Harris administration to enhance its support for India’s energy transition away from coal and deployment of clean energy infrastructure. Having developed the Quad from shared interests in regional security, the Quad nations likewise share an interest in developing transparent and secure energy markets in the region. The four also represent several of the largest economies in the broader Indo-Pacific and bring a variety of experiences that, as a group, can be leveraged to maximize the value, depth, and speed of India’s decarbonization.

Clean energy technologies should be a focus of the Quad’s efforts, not only given the importance of deploying sufficient clean tech to meet climate goals, but also as associated supply chains take on greater geopolitical import for the Quad. Though the supply chains powering the energy transition are only just beginning to emerge, the Quad can use the power of investment and technical support to help create sustainable, resilient, and well-governed supply chains in the Indo Pacific, which will also grant the ally countries greater leverage to support broader clean energy transitions in the region.

In that context, the Quad must do more to support India’s clean energy transition to solidify momentum behind both geopolitical and climate goals, and a key piece of that will be financing clean energy deployment in India. With Quad-backed capital and access to financing opportunities, an India that is empowered in clean energy opportunities would be a huge boost to decarbonization in South Asia and would enhance the Quad’s credibility in the region as a key partner in clean energy technology and market development as China continues to dominate the industry. Though India’s transition will require a significant investment of both time and capital, the price of inaction would be higher, both for the planet and for the geopolitical interests of the United States and the Quad.

Will a Taliban victory advance TAPI?

The Taliban’s ascent in Afghanistan has shaken up the prospects for a pipeline from Turkmenistan to India. Financial and reputational risks abound, and though a few possibilities remain, they possess serious limitations, calling the pipeline’s future into question.

As the United States looks to meet its ambitious climate goals, increased development and deployment of carbon removal technology is crucial. However, in order to scale the technology to the level necessary, the entire value chain must be activated and incentivized.

Although sustainable investment is growing rapidly, ESG investing in Asia is still at a nascent stage. To increase development, Asian governments should allow regulators to impose mandatory ESG reporting requirements, which evidence indicates is the most effective way to scale sustainable finance investment.