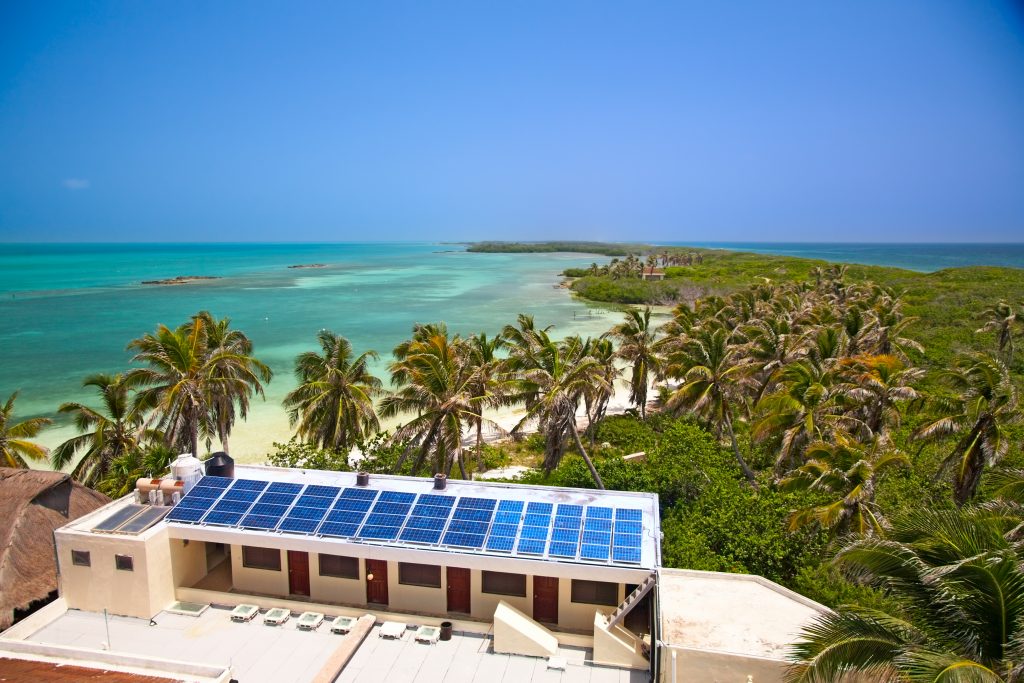 Caribbean countries are in the midst of a multi-faceted crisis. The region has long struggled with electricity prices nearly double those of the United States, economic privation from the collapse of international tourism due to the COVID-19 pandemic, and elevated risks from extreme weather and rising sea levels. Today, these challenges are exacerbated by volatility in the price of oil and gas commodities—on which the region is still dependent—as well as disappointment in the Glasgow Climate Pact’s failure to materially address the plight of island nations.

The United States has humanitarian, economic, and national security interests in stabilizing these economies and helping them achieve both energy and climate security. The most effective way to advance these interests would be to revitalize the Obama-era Caribbean Energy Security Initiative (CESI).

CESI was led by then-Vice President Biden beginning in 2014, a priority sustained by the Trump administration which included the Caribbean in its signature America Crece program, which was designed to spur infrastructure investment throughout Latin America. A CESI “2.0” could represent the strongest virtues of these recent efforts, but in a form tailored to address the region’s most pressing challenges today.

A CESI 2.0 would incorporate lessons learned about how to advance the energy transition in developing and emerging economies, insulate island states against commodity price volatility, and leverage the recent COP26 commitments by financial and development institutions to support sustainable development finance, such as those committed by the Glasgow Financial Alliance for Net Zero (GFANZ). We learned from the original CESI that success is achieved by partnering with those nations which have the political will to reform their energy systems, providing them with hands-on capacity to redesign their energy frameworks, encouraging them to adopt modern system designs, and assisting them in securing financing support.

Much progress has taken place in the Caribbean energy governance and capacity building in the past seven years, as the Caribbean Community and Common Market (CARICOM), and many regional governments, have established renewable energy goals. Other established fora like the Caribbean Renewable Energy Forum (CREF) and roadmaps like the Caribbean Sustainable Energy Roadmap and Strategy (C-SERMS) are intended to support transition efforts. The Dominican Republic and Jamaica, for example, have made significant advancement on decarbonizing their power grids by substituting fuel oil with natural gas, as well as adopting new renewable energy systems. Indeed, throughout the region, the business case for renewables remains strong as fuel and power prices remain well above those in the United States.

But many countries in the region are challenged by established incumbents in the energy sector, policymakers’ fear of increasing consumer prices, and a lack of technical capacity to implement broad reforms. Changes to the energy system tend to be driven by individual projects (for example, a utility-scale power generation plant) in a piecemeal fashion, which is not a scalable way to change a singular country’s energy economy, let alone that of a region. The middle-income status of the region has been a serious impediment to securing development finance; all but Haiti are ineligible for US International Development Finance Corporation (DFC) support. Yet China’s Belt and Road Initiative has already reached Jamaica and other nations. A core weakness of the proliferation of governmental, multilateral, and nongovernmental institutions focused on Caribbean development is that there is no single external leader (neither the US nor a Caribbean nation) who can call a meeting, drive change, and muster the diplomacy required to effectively pull all the financial and political players together.

During the global pandemic, the need for reform in this region has only grown. The climate risk is becoming more severe, with hurricanes, extreme weather events, and sea level rise making resilience a top-tier issue. New, decentralized approaches to crafting a sustainable future energy system are required.

But opportunity has grown as well. The numerous private sector and philanthropic financial sector pledges publicized at COP26 affirm that there is ample climate finance available for projects, even small ones. Declines in the cost of wind and solar, advancements in battery technology, and development of mini grids make renewable energy solutions more viable and resilient for more economies than ever before.

The keys to a refreshed CESI are to produce country-rooted, country-supported and scalable project investment mechanisms that can attract the enormous amounts of capital now earmarked for renewable energy projects. A new style of development assistance is required, with technically capable specialists embedded with governments to rapidly craft investment programs. In the Caribbean, putting available funds to use will require a concerted effort to develop a basic, broadly applicable framework for the region and then identify willing governments. Ideally, these governments would be able and willing to move on a fast-track, energy sector-wide approach to attract the newly available climate investment funds in the next two years. The old system of trying to slowly build capacity, or hand-hold project developers, or persuading governments to reform electricity laws, is too slow and limited.

Once a basic system is developed and viable opportunities are identified, members must graft newer and quicker governmental, intergovernmental, legal, regulatory and investment frameworks onto existing energy governance systems. Such frameworks could take the form of recognized transparent renewable energy auction systems, with provisions (like third country arbitration, guaranteed transmission access, and predictable tariffs) that can quickly attract financing and allow generation to rapidly scale up.

Argentina’s renowned RenovAr program is one recent example of such a strategy succeeding, as it managed to attract around $7 billion in new investment in little more than two years in a country which also had weak credit and high investment risks. According to Greenmap, which helped to design the RenovAr program, success in Argentina was made possible by a uniquely designed risk guarantee program facilitated by the World Bank as well as multi-layered financial de-risking mechanisms. A similar proposal could work, albeit at smaller scales, in the Caribbean; a national auction inviting investors to build a network of electric vehicle charging stations, for example, might benefit from multilateral development bank de-risking or first-loss guarantee mechanisms which could convince a private investor to take a chance on investing in a small island nation long dependent on imported gasoline.

After COP26, the United States needs to show that it is serious about mobilizing support for island states and move from aspiration to implementation. It can demonstrate this leadership by appointing a senior diplomat to lead CESI 2.0, following the model of the Caspian Basin Energy Diplomacy (CBED) Envoys from the 1990s and 2000s to secure country buy-in, work with available capacity partners, and organize country platforms of appropriate private and public financial institutions (such as the Inter-American Development Bank). Such a program would be able to muster all the relevant programs of the US government (such as the US Trade and Development Agency) to deliver on country strategies and rally private sector support for the region. By doing so, a CESI 2.0 can build significantly upon the original CESI by using greater scale and economy-wide approaches that can most readily access the post-COP trove of new climate finance.

Mexico’s recent climate and energy measures will cause economic harm, set back emissions reduction efforts, and strain the country’s relationship with the US. The Biden administration must be clear that these nationalistic policies, which contravene the United States-Mexico-Canada Agreement, will not be tolerated.