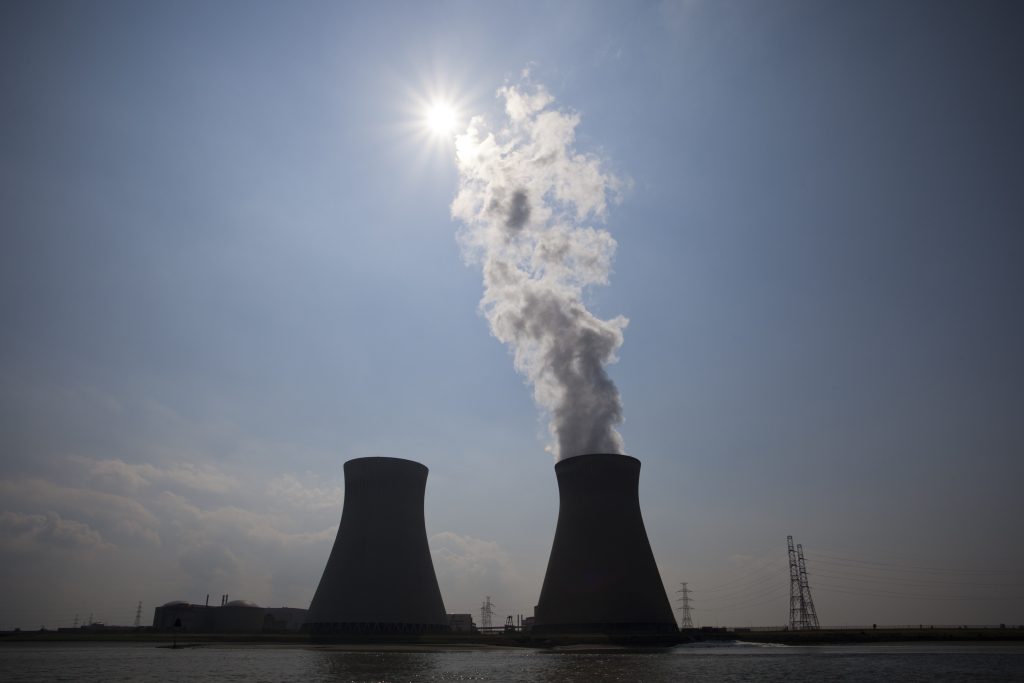 The Russian invasion of sovereign Ukraine, along with Chinese military buildup and threats against Taiwan, seem to portend the emergence of a new tripolar world order and a shifting paradigm from great power competition to great power confrontation. And despite the apparent concerns raised by President Xi in his recent meeting with President Putin in Uzbekistan over the war in Ukraine, the meeting confirmed the continuing alliance of these authoritarian states against the United States and NATO. It is a dangerous time, and concerns have heightened over not only the potential for escalating military conflict, but also over energy security and the vulnerability and high prices of energy supplies.

On May 2, G7 leaders stated their commitment to: (1) “phase out our dependency on Russian energy”; (2) work with partners to “ensure stable and sustainable global energy supplies and affordable prices for consumers”; and (3) accelerate ”reduction of overall reliance on fossil fuels and our transition to clean energy in accordance with our climate objectives.”

These commitments—informed by high global energy prices, the OPEC+ decision to cut oil production, European concerns over tight energy supplies this winter, the broader energy security environment, and ever-present climate concerns—have underpinned renewed interest in the potential for nuclear energy to help meet them. US leadership in nuclear energy development in close cooperation with Western allies will be essential for enhancing global energy security and meeting international nuclear energy market, and related military and economic, competition from Russia and China.

Energy is an important facet of an overall assessment of the resources, capabilities, and international influence of these three nuclear powers. The United States is an energy superpower, having turned around its position from a net importer of oil and gas to a net exporter of oil, gas, and coal. Meanwhile, Russia has massive fossil fuel resources; it was the largest exporter of oil, gas, and coal to Europe, accounting in 2021 for 30 percent and 38 percent of Europe’s crude oil and petroleum product imports, 54 percent of its natural gas imports, and 50 percent of its coal imports.

In sharp contrast to the United States and Russia, China in 2021 was the world’s largest importer of oil, liquefied natural gas (LNG), and coal. While Europe is reducing its dependence on Russian oil and gas—with EU gas imports from Russia falling to about 7.5 percent of total in October—and has pursued diversification through measures such as increased LNG imports from the United States, China has increased its imports of Russian oil and gas. Russia was the second-largest supplier of oil to China in 2021, right behind Saudi Arabia. Despite its growing dependence on fossil fuel imports, China has continued its drive to develop renewable energy and is the largest generator of solar and wind power. It is also the largest exporter of renewable technologies, with solar PV exports doubling to $25.9 billion in the first half of 2022 and wind turbine exports jumping $2 billion in 2021 to $7.2 billion. This position and the dependency of countries on China, particularly for solar PV and critical minerals, poses its own energy security concerns.

The role of nuclear energy

Russia and China are strongly committed to nuclear energy and are investing in both new plants and research, development, and demonstration of advanced nuclear systems. Nuclear accounts for about 19 percent of Russia’s electricity generation, and Russia, with its substantial state funding, has been the largest exporter of nuclear reactors to the world market, kicking off major projects in Turkey, India, Bangladesh, China, Iran, Egypt, Belarus, and Hungary. How the economic impact of the war in Ukraine will affect both Russia’s ability to finance and implement these projects as well as the receptivity of countries to future nuclear cooperation with Russia remains to be seen.

Nuclear energy’s contribution to electricity generation is smaller in China at 5 percent of the total, but China has overtaken France as the second-largest nuclear generator in absolute terms and has the most plants under construction – twenty. It has built two new Hualong One HPR-1000 units in Pakistan and is planning to finance similar units in Argentina. Security concerns have led Finland to cancel its VVER-1200 project with Russia, and Poland, Czech Republic, and Romania to exclude Russian and Chinese companies from new nuclear project opportunities, even though the Hungarian Nuclear Energy Regular  in August 2022 approved the license for the construction of the two Paks 2 units with Russia.

The United States has remained the world’s largest generator of nuclear energy and, despite closures, has been able to increase slightly its total installed capacity to 95,492 megawatts (MW) at the end of 2021. Nuclear power generation provided a critical 18.6 percent of total US electricity output in 2021 and about 48 percent of carbon-free generation. Recent US federal and state changes in policy and legislation; increased Congressional funding (i.e., $36 billion in nuclear production tax and investment tax credits in the Inflation Reduction and Bipartisan Infrastructure Bills); and greater receptivity to nuclear power have helped keep some plants from closing and ramped up support for the development of new advanced reactors.

Heightened international interest in nuclear power is evident in both large third-generation systems (i.e., the US-made AP-1000; the South Korean APR-1400; the European EPR; the Russian VVER-1200; and the Chinese Hualong One HPR-1000) and in small modular (SMR) and micro nuclear reactors (MNR) for both civilian and military applications. These applications include powering submarines and aircraft carriers, remote bases, mini-grids, directed energy weapons, and space vehicles and outposts.

The United States and western allies, Russia, and China are all engaged in developing SMRs of different types. Russia has deployed two icebreaker-designed KLT-40S on a ship moored at Chukotka in the Arctic and is constructing four floating RITM-200M reactors for an Arctic copper mining complex; China has built the first high temperature gas-cooled reactor (HTGR) and has a small 100-MW ACP-100 SMR under construction at the Changjiang nuclear power plant on the island of Hainan; and the United States, Canada, and the United Kingdom are supporting over a dozen major private efforts, often with partners from Japan and South Korea, to demonstrate advanced SMR light water reactors, HTGRs, molten-salt and sodium-cooled systems, and fast breeder designs. Some of these projects will likely be operational by 2030 and companies are looking to domestic and export markets and developing agreements with both other governments (e.g., Romania’s Nuclearelectrica) and foreign industrial partners (e.g., the Poland mining company KGHM Polska Miedź SA) for initial units.

In this context of the growing tensions and confrontation among the major powers, the race is on to commercialize the new generation of SMRs and MNRs for civilian and military use. After the Arab oil embargo and oil price shocks in the 1970s, there was a drive to build nuclear plants in the United States and other Western countries. With current energy security and climate concerns and the recent OPEC+ decision to cut oil production, there is an urgency for the United States and its allies to usher in a new wave of nuclear power plant construction and to lead in the competition to build and demonstrate the viability of these new nuclear technologies.

A key challenge is to achieve the economies of scale and competitiveness that have been achieved by solar PV and wind over the last decade and attain broad social acceptance. Another is to maintain US and Western leadership in shaping international regulatory frameworks to accommodate and ensure the safety and security of these new technologies. The United States and its European and Asian allies need to progress rapidly beyond research, development, and demonstration efforts into effective manufacturing, financing, and implementation strategies to lead this global effort and successfully confront the emerging competition from China and Russia.

Closing nuclear generation amounts to running in place on climate

Retiring nuclear plants is the wrong climate move. It jeopardizes energy security, makes grids less reliable, and forces clean energy that could be better used displacing fossil fuel generation to make up for the shortfall.

The Tennessee Valley Authority’s recent announcement regarding the Clinch River site adds momentum to the US effort to demonstrate advanced reactors. There is, however, another policy lever at the federal level that could help to support some of these projects and still has not been utilized: federal power purchase agreements.