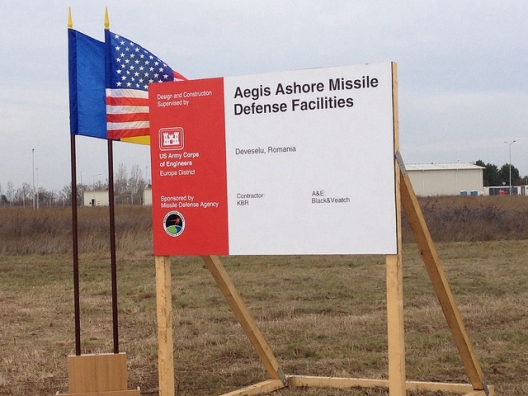 The military could speed up deployment of a land-based missile defense shield in Europe to hem in a resurgent Russia, the Navy 3-star in charge of the U.S. Missile Defense Agency said in early April.

Vice Adm. James Syring said it was possible to speed up the deployment of the second Aegis Ashore installation, planned for Poland in 2018, but such a move would require some help from Congress.

“We’d need some additional funds in the [fiscal year 2015] budget, and we’d need to move up the development of the [Standard Missile-3 Block ]IIA,” Syring said, referring to the faster, larger interceptor missile being developed for the Aegis Ashore system being built in Poland. The first site is being stood up in Romania and is slated to go live in 2015. . . .

Russia is banned from owning or developing medium- and intermediate-range missiles by a Reagan-era treaty. But U.S. intelligence has indicated that Russia may be violating the treaty and testing a new ground-launched cruise missile, according to a January report in the New York Times.

Russian President Vladimir Putin declared the treaty obsolete in 2007, though it has never been formally scrapped. Russia has vehemently objected to the deployment of missile shields in central Europe, even threatening to use “destructive force” if the shields are put in place.