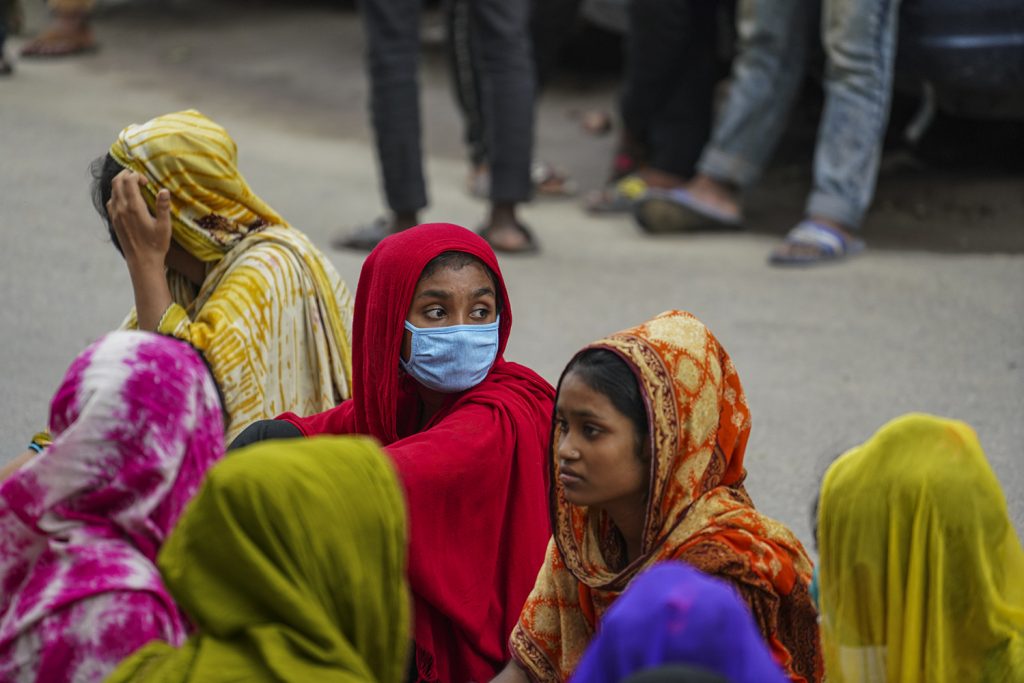 The Bangladesh government has instructed officials to refrain from making and sharing negative remarks, audio, and video content against “important persons and institutions” of the government on social media amid the COVID-19 pandemic. The order, issued on May 7, also said that all government officials will have to “refrain from posting or sharing content that goes against the interest of the national spirit and unity.” The circular, issued by the ministry of public administration, warned of punitive actions against any violators who “will face legal action if they abuse social media or post damaging contents.” Although the instructions do not specifically refer to the pandemic and growing criticisms of the government, the timing as well as the tone and tenor reveals the government’s efforts to control information about its mismanaged and often contradictory responses to the COVID-19 catastrophe.

This government statement came a day after eleven journalists, writers, cartoonists, and social activists were charged under a draconian law called the Digital Security Act (DSA) for “spreading rumors and misinformation on Facebook about the coronavirus situation.” The list includes two expatriate journalists; four of the accused were thrown into jail on the very day the circular was issued. Two days earlier, on May 5, a journalist in a northeastern district town Sunamganj was arrested for a Facebook post about the local ruling party MP, becoming the fifth journalist to be incarcerated since the beginning of the month under the same law. By the end of the week, the number of journalists arrested rose to eight.

These incidents, taking place in quick succession, are only the tip of the iceberg. Since COVID-19 hit the country in early March, the government has begun to hound journalists and social activists, arresting and throwing them into jail for criticizing the lack of preparedness and theft of relief materials by ruling party leaders allocated for the most vulnerable segments of society. By late March dozens of people, including journalists, academics, opposition activists, a doctor, and students, were arrested by the government for posting content on social media critical of the government.

In some instances, members of the elite Rapid Action Battalion (RAB) force picked them up in plainclothes from their homes without any warrant, leaving their families to worry whether they had become victims of “enforced disappearances,” like thirty-four individuals who were taken in 2019. Last month, men from an intelligence agency reportedly visited the home of expatriate journalist Tasneem Khalil’s mother. Khalil edits an investigative news portal from Sweden, which is blocked by the government. His mother was asked to stop her son from publishing reports that “tarnish the image of Bangladesh.”

Although Bangladesh’s freedom of press has worsened dramatically in the past few weeks, this is neither new nor unexpected; instead, it is a continuation of the ongoing deterioration of freedom of press and expression in past years, particularly since the non-inclusive election of 2014. The country has experienced a precipitous drop in the press freedom rankings for the past six years. In 2019, Bangladesh dropped four points in the press freedom index of Reporters without Borders (RSF), followed by another notch drop in 2020, maintaining its worst performer in South Asia status since 2017. Use of legal and extralegal measures to intimidate and harass journalists and media has created a culture of fear.

Self-censorship has become so commonplace that an editor confided to the Human Rights Watch that he currently publishes only “10 to 20 percent” of the stories at his disposal. The Editors Council, an umbrella organization of the editors of leading news media organizations—which opposed the DSA fearing that it will be threat to freedom of press—has said that “our fear is now a nightmare-reality for mass media.” According to the media watchdog organization Article 19, between March and May 6, forty-two cases have been filed under the law. It has identified eleven instances where whistleblowers have been arrested and harassed allegedly for spreading rumors. The government repeatedly denies the allegation of curbing media freedom and claims that “Bangladesh enjoyes greater freedom than any other countries.”

It is not only the journalists who are becoming the target but anyone who is demanding accountability and transparency. For example, one of the four individuals thrown into jail on May 7 is Didarul Bhuyian. He along with his colleagues established a group which was monitoring the distribution of relief materials and publishing them via social media. With COVID-19, the Bangladesh government has taken the mantra  “never let a crisis go to waste” in a perverse direction. The government, like the recent orders to civil servants, previously instructed the doctors of government hospitals not to speak to the media, nurses were forbidden to talk to the press, college teachers were suspended, a  doctor was sent to jail, and directors of hospitals were removed from their posts and made officers on special duty, a position which prevents them from acting in any capacity. The scope and nature of these restrictions are so wide and overwhelming that it can only be described as a pandemic of persecution.

The government’s focus on social media is well documented. To date, the government has blocked twenty-five Facebook accounts, law enforcement agencies have requested the Bangladesh Telecommunication Regulatory Commission to shut down fifty more Facebook accounts, and another 100 are under surveillance, according to the Article 19. Two factors have prompted this onslaught. First, despite growing numbers of television channels and newspapers and except for a handful of outlets, mainstream media has lost the confidence of its audience. The perception, backed by sufficient evidence, is that they must follow written and unwritten restrictions from the government. The government’s decision to appoint fifteen officials to “monitor” television channels only gave credence to this perception. The decision was withdrawn but revealed the state of electronic media. The growing control over media is a result of the deep division among journalists based on their party affiliation on the one hand and a complex web of media ownership which has entangled owners and the ruling party on the other. Thus, the government understands that increasingly social media has become the principal source of news to the Bangladeshis, particularly to younger age groups. Second, in the past, social media was instrumental in organizing movements which challenged the government. In 2018, two youth-led movements— for quota reform in public service and road safety—spread using social media.

The engineered pandemic of persecution by the Bangladesh government is driven by its uncoordinated response to COVID-19. As the Reporters Without Borders report argued, “There is a clear correlation between suppression of media freedom in response to the coronavirus pandemic, and a country’s ranking in the Index.” But notwithstanding the intent to conceal the theft by partymen, lack of transparency, poor state of public health facilities, and lack of preparedness, there is a larger political issue here for the Bangladesh government. The pandemic has laid bare the government’s claim of a stellar record of development and economic growth. COVID-19is exposing the hollowness of the development strategy pursued by the government for the past decade. The ruling AL party has restricted freedom and democratic space and held a “farcical election” in 2018, arguing that this is the price to pay for economic growth. This narrative is now under serious question and the government has utilized its own pandemic of persecution to limit the damage.

Image: Workers from the garment sector block a road as they protest to demand the payment of due wages during a government-imposed nationwide lockdown as a preventive measure against the COVID-19 coronavirus, in Dhaka, Bangladesh on April 24, 2020. (Photo by Zabed Hasnain Chowdhury/Sipa USA)