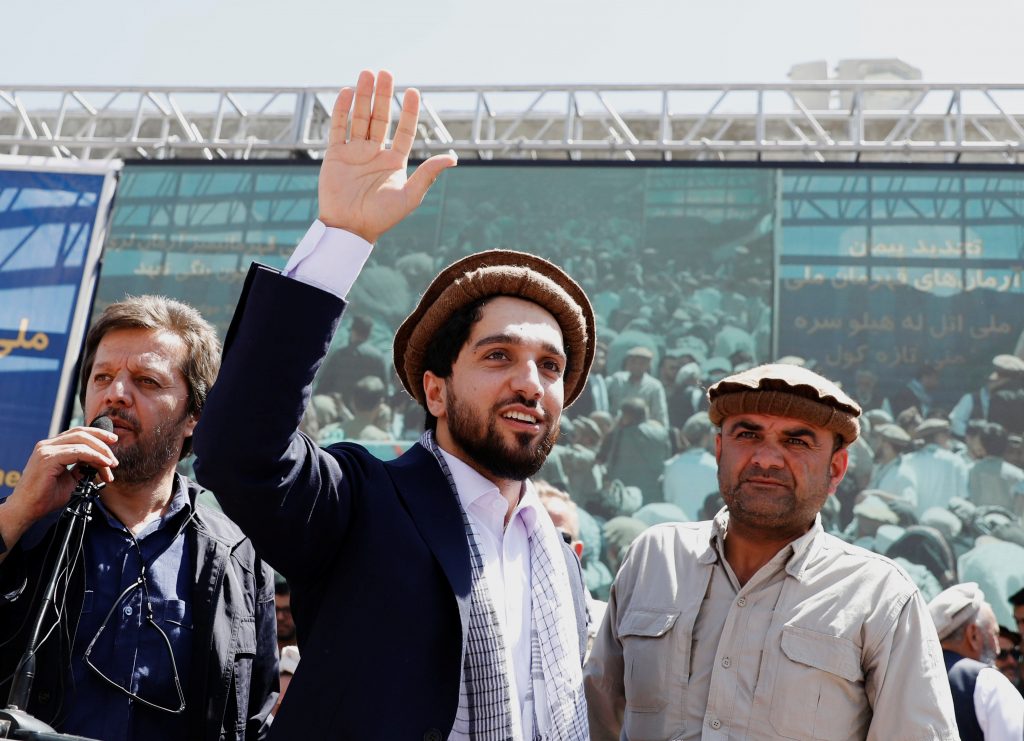 “I am willing and ready to forgive the blood of my father for the sake of peace in Afghanistan and security and stability in Afghanistan,” said Massoud, son of the anti-Soviet resistance commander Ahmad Shah Massoud, in an interview with the Atlantic Council’s South Asia Center. Massoud’s father was assassinated by al-Qaeda days before the 9/11 attacks in 2001.

But he and other Afghans are not willing to “give in to the will of terrorism,” added Massoud, who is based in the government-controlled Panjshir province in northeastern Afghanistan. “We are ready to create an inclusive government with the Taliban” through political negotiations, he explained, but what’s unacceptable is an Afghan government marked by “extremism and fundamentalism” that would pose a grave threat not just to Afghanistan but to the region and the wider world.

Yet the Taliban’s sweeping military offensive in recent weeks suggests that the group is in no mood for talks. Its forces have seized provincial capitals, stoking fears among Western leaders and locals alike that the Taliban’s brutal reign could soon return. On Tuesday, Afghan President Ashraf Ghani and fellow political leaders reportedly agreed to arm civilian forces to resist the Taliban’s advances.

Massoud reflected on what brought Afghanistan to this perilous point and outlined the way forward for a peace process he believes has failed. The 32-year-old is among the prominent voices pushing for the resurrection of a coalition of anti-Taliban ethnic militias akin to the Northern Alliance of the late 1990s.

Here are some key takeaways from our interview:

The case for decentralization

How to get the Taliban to negotiate

Kamal Alam is a nonresident senior fellow at the Atlantic Council’s South Asia Center and a special adviser and representative of the Massoud Foundation, of which Ahmad Massoud is the president.

Given the Taliban’s behavior lately, US President Joe Biden’s decision to rapidly withdraw US forces from Afghanistan appears increasingly questionable. It’s time for a course correction involving redoubled efforts to support the Afghan security forces—particularly through airpower, which is immediately critical.

Despite being on the receiving end of threats, harassment, intimidation, violence, and assassinations, Afghanistan’s human rights defenders continue to fight for the rights of Afghans. Join the Atlantic Council’s South Asia Center for a discussion with some of Afghanistan’s leading human rights defenders and experts to explore what lies ahead for the activists who put their lives on the line to fight violence, impunity, and militancy.

Image: Ahmad Massoud, son of the slain hero of the anti-Soviet resistance Ahmad Shah Massoud, waves as he arrives to attend a new political movement in Bazarak, Panjshir province in Afghanistan on September 5, 2019. Photo via REUTERS/Mohammad Ismail.