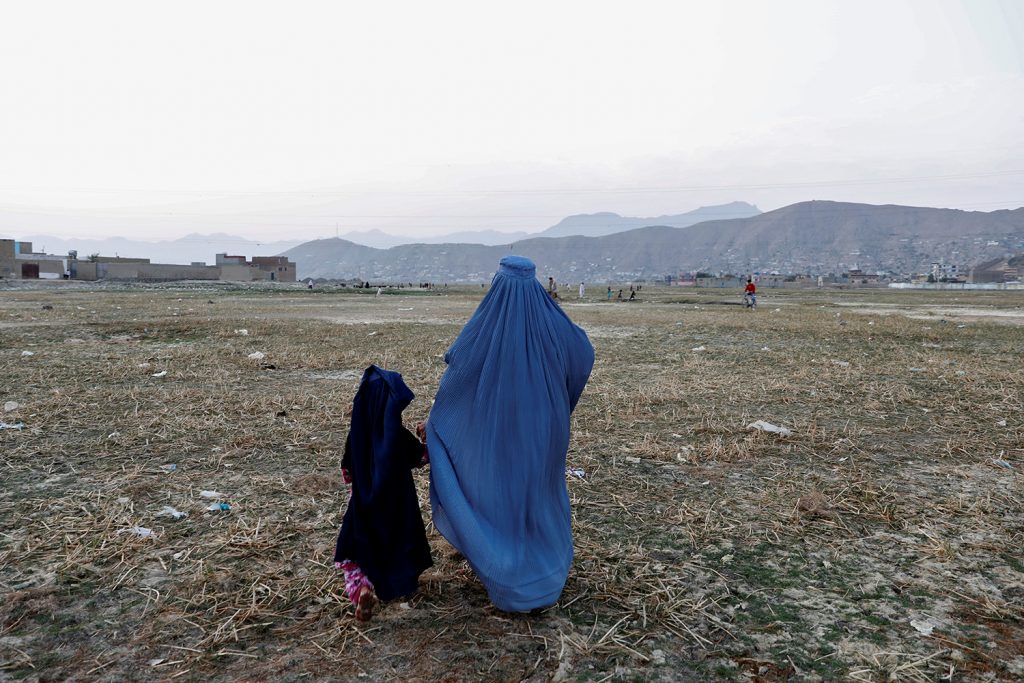 That’s how former US Secretary of State Madeleine Albright described the “Transatlantic charter on Afghan sovereignty, security, and development” at an Atlantic Council Front Page event hosted by the South Asia Center to launch the document. The charter, part of the Atlantic Council / Rockefeller Brothers Fund Strategic Dialogues on and with Afghanistan, aims to provide a long-term strategic outlook for promoting stability in the country.

“While the announced withdrawal of all coalition forces [from Afghanistan] before September 11 certainly presents significant new challenges, our dialogues have focused on the full range of diplomatic, security, and financial levers that can be employed in partnership with the Afghan people to advance an integrated and durable peace and security framework,” said Stephen Heintz, president and CEO of the Rockefeller Brothers Fund, in introducing the discussion. “The road ahead will certainly not be easy, but the challenges ahead are not insurmountable if the transatlantic community redefines its partnership with Afghanistan and commits to use the full array of non-military tools that remain available.”

New York Times chief correspondent Roger Cohen moderated the panel and asked whether Afghan women should worry that their recent gains might be erased if the Taliban fills the vacuum left by retreating coalition forces.

Akbar, who took refuge in Pakistan while the Taliban ruled her country, said that despite a spate of targeted killings of prominent Afghan women and “many narratives of gloom and doom,” she’s optimistic for the future of Afghanistan.

“Afghan women have been fighting for their rights for a very long time and for many generations. They have had many setbacks, the worst of which was during the Taliban regime,” she said, noting how women were essentially banned from public life from 1996 to 2001.

In the past two or three years, Akbar said, “Afghan women have mobilized more than any other constituency in Afghanistan to have their voices heard by the world.”

Yet the country faces deep challenges, including the Taliban leadership’s unwillingness to compromise and the group’s increasing military strength. And now US President Joe Biden’s decision to pull the remaining American military personnel from Afghanistan by mid-September “opens a window of uncertainty” that is much bigger than when the participants of the Strategic Dialogues began meeting to draft their transatlantic charter, said Mogherini.

“We have the duty and the interest to protect those courageous women and girls that are trying to change Afghanistan,” said Mogherini. She urged negotiators meeting over the next few months to do whatever they can to make a positive difference in the lives of Afghanistan’s 38.9 million people. “And the difference we make is not just a diplomatic one, it’s a security one.”

Asked if there is any chance that the country could become an Islamic emirate under Taliban rule, Mogherini said change is always possible both ways.

“But be aware that indeed going backwards is probably much more difficult than it was ten or fifteen years ago,” she said. “The majority of Afghan people would not want that to happen.”

Cunningham has long warned that a premature US military pullout from Afghanistan could plunge the country into another civil war.

“Arranging an ongoing security presence is going to be a real challenge now,” said Cunningham, calling the presence of US troops in Afghanistan up until now a low-cost, sustainable insurance policy. “Now we’re going to be dealing with a heightened risk to the US and to our partners, too. We Americans tend to look at this as an American issue. It’s not.”

Cunningham said the Biden administration should have heeded warnings from its European coalition partners not to announce a troop withdrawal just as peace talks with the Taliban struggle to get underway. Nevertheless, he said, most experts believe the Afghan military “can hold the line as long as they continue to receive financial support” from Washington.

“The Afghan security forces have been in the lead of combat operations since 2013. They’ve been doing all the fighting for years now, with American and international support,” said Cunningham. “Obviously, it’s a difficult proposition. The real question is: Can the Afghan political elite perform? This is as much a political issue as it is a security issue.”

Cohen asked Albright what concrete actions the US government can take to reassure everyone that the Biden administration is not abandoning Afghanistan.

“First of all, we are not abandoning it,” she replied. “We will continue to be supportive of the Afghan national defense and security forces we’ve been training and are in a position now to play an active role.”

Secondly, she said, “it is time for Pakistan to take a positive role” in regional security—a reference to the country’s military leadership, which has sheltered Taliban insurgents. “They have been a complex party to deal with,” Albright said, urging more international pressure on Islamabad. “They can be major players in stopping the turmoil instead of contributing to it.”

Albright had tough words for the Taliban leadership as well.

“The Taliban have a choice to make at this time; they can, in fact, be pragmatic or they can be permanent pariahs,” she said, noting that the insurgency is seeking international recognition, financial assistance, the lifting of sanctions against it, and freedom for its leaders to travel abroad. “None of this is going to happen if the Taliban were to deepen their already violent conflict. They obviously have a key role to play here. They cannot go on like this.”

Image: An Afghan woman clad in burqa walks in the early morning in Kabul, Afghanistan September 2, 2019. Photo via REUTERS/Mohammad Ismail.