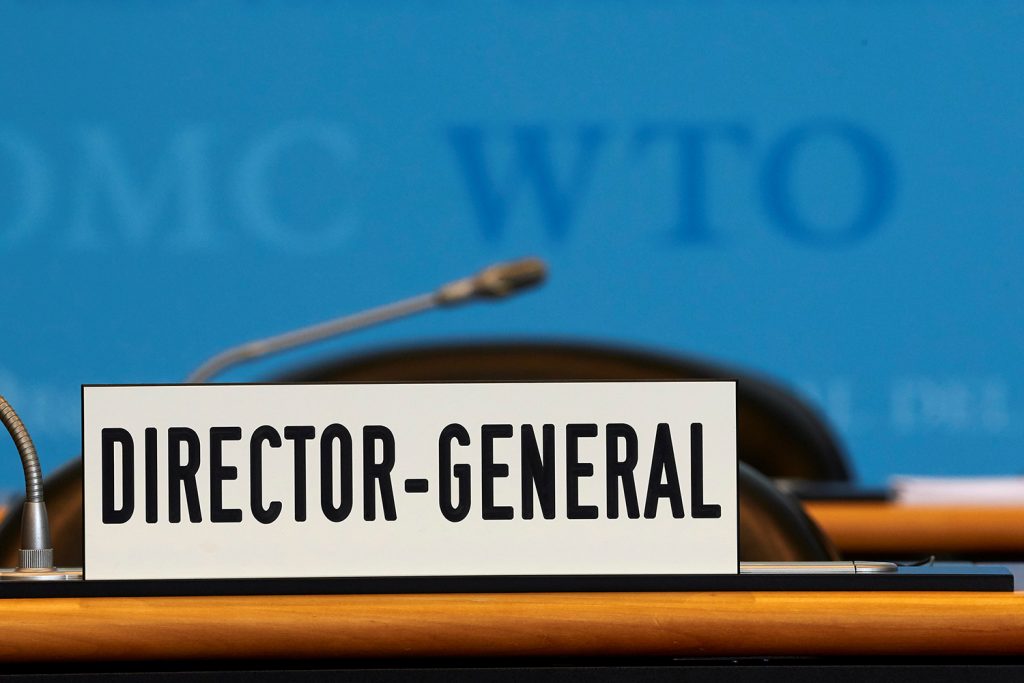 With the pending early departure of World Trade Organization (WTO) Director General Roberto Azevedo at the end of August (his term was to end in September 2021), WTO Members face several months of what could be a combination of a beauty contest and a food fight as they navigate the process for naming a successor. While nine candidates for the job are actively touting their political and trade expertise credentials, they appear united in trumpeting that the WTO is in need of urgent reform (and each believes he or she is the best candidate to accomplish that).

There is no lack of ideas on specific areas for change. Much attention has been devoted to the US stance on the WTO’s Appellate Body and its blocking action that has rendered WTO dispute settlement handicapped at best. A subset of other Members have developed a creative work-around, but efforts to achieve more permanent reform will be a fundamental test for the future.

A bit less attention has focused on the WTO’s checkered record in carrying out its negotiating functions. After some early successes (the Information Technology Agreement and protocols on telecommunications and financial services) in the first years after it took over in 1995 from its predecessor organization, the General Agreement on Tariffs and Trade (GATT), the WTO stumbled along for years during the Doha Round, finally producing a singular success in Bali in 2013 with the Trade Facilitation Agreement. Today the best current candidates for new negotiated agreements include the nearly twenty-year negotiation to discipline harmful subsidies that have decimated global fisheries and an equally compelling negotiation on e-commerce rules. The first is a multilateral negotiation, while the second is plurilateral, including eighty-four of the WTO’s current 164 Members, and an experiment for the WTO in that respect. There also are multilateral negotiations underway on agriculture to build on results on export competition at the 10th Ministerial Conference in Nairobi in 2015, but the much harder part of those are still to come.

The elephant in the room is whether the WTO can negotiate on issues that have been central to the US-China trade conflict over the last three years. There has been a great deal of drama infusing that showdown, and it generated concern that the impacts from retaliatory tariffs between the two might imperil the health of the global economy. The COVID-19 crisis has now taken center stage as the top economic and trade threat for the moment, but Beijing’s longstanding practice of using state-owned or state-influenced enterprises to achieve global economic and trade predominance remains as relevant as ever. Add to that mix the fact that more and more countries are talking up additional government programs to provide financial support to realign supply chains in the wake of COVID-19, and a WTO role would appear to be critical.

However, that means new negotiations, which is precisely where the WTO has seen its mojo flag for many years now. To sum things up, the need for new rules on forms of state support, especially support channeled through state-owned and state-influenced enterprises, is very high, while the prospect for a consensus across all WTO Members to provide a new mandate for negotiations on new rules is quite low.

So here is a new conundrum for the WTO—is it defaulted from playing a leading role right from the start? In fact, that should not be the case, as an initiative to negotiate in this area could be taken up by those who are ready and willing to show leadership on a plurilateral basis. That still leaves the questions of who might be up to the challenge and if China must be among them from the outset. A good starting point would be the “trilateral” process that has been ongoing among the United States, the European Union (EU), and Japan for some time now. In this scenario—the most realistic one—a new WTO director general’s role would be limited to tacit moral support. It is fundamental to understand that the impetus for reform and new initiatives must come from Members, even if initially a subgroup of them, and not the director general.

There is active debate over whether China needs to buy in before negotiations can commence, and each side has credible arguments to make. For those who argue that China must be in the mix right from the start, it makes little sense to negotiate new rules on subsidies without the biggest player in the room as a full participant and might even rise to malfeasance to permit it to free ride as others take on stronger disciplines. This is quite logical and the stakes could not be much higher given that nothing has worked terribly well so far in curbing China’s appetite for providing state aid, and non-transparently at that, to Chinese companies that help to preserve China’s export pre-eminence.

For those who argue against the notion that China must be recruited to participate at the start, it seems clear China would insist on terms that could fatally hobble the entire undertaking even before it has begun. They further suggest the first priority objective should be negotiating a strong set of disciplines, then find opportunities in the future to leverage these to pressure China into seriously considering fundamental reforms, perhaps even setting a new global standard that provides the basis for individual or collective retaliatory actions to respond to China’s non-adherence. This too might be logical if one assumes that China could effectively sabotage negotiations. Recent and possibly future experiences with fisheries subsidies and e-commerce negotiations might even reinforce that perspective given that China has worked against strong outcomes in both areas. And experience with China’s presidency of the Group of Twenty in 2016 suggests the same—successes in pressing China to negotiate on environmental goods and on global excess capacity in steel production petered out soon after the ink was dry on these initiatives (although the Trump administration also seemed to lose interest after it entered office).

Whatever the conclusion might be on moving ahead with or without China, an effort to recruit initial participants in a plurilateral negotiation might bear interesting fruit. There are the usual suspects who are generally eager to lend support to viable initiatives that can put the WTO back on the path of engaging in new rulemaking to address pressing challenges. Certainly, China’s form of state aid intervention qualifies on that score, and a broader agenda on additional forms of trade-distorting subsidies would make it even more palatable to avoid accusations that it involves pointing fingers. There has been a notion in the WTO that favors a “critical mass” of participants in a plurilateral agreement, but even this concept might be secondary to ensuring that all are committed to meaningful disciplines on significant trade-distorting forms of state aid. Otherwise the result will not have the desired effect of changing government practices or influencing future approaches.

The director general race likely must run its course before a group of WTO Members can press ahead to launch a new negotiation on subsidies. But the WTO cannot afford to be on the sidelines for long. A new WTO director general could play a constructive role by highlighting the analytical work of the Secretariat on the impacts of new forms of state aid, particularly with respect to trends that seem likely to develop in a post-COVID 19 world. The director general need not take sides but instead could persistently cheerlead on the urgency of new negotiations on these issues. An effort by some to lead in this area will be complicated and will require meticulous planning and agile diplomatic maneuvering. That said, the future of the multilateral trading system could turn on getting these negotiations off the ground and getting them right.

The Trump administration’s plan to upend the WTO

Now the WTO may be confronting a true existential threat brought on by the Trump administration, even at a moment when COVID-19 has severely limited its activities and its “leader,” Director General Roberto Azevedo, announced his departure a year before the end of his term. This new threat comes in the form of an announcement by the US Trade Representative (USTR) Ambassador Robert Lighthizer that the administration plans to “reset” its tariffs, which have been bound at an average rate of roughly 3.4 percent as the result of decades of give-and-take trade negotiations.

Image: A sign is pictured in front of the chair of the Director General before the start of the General Council of the World Trade Organization (WTO) in Geneva, Switzerland, July 22, 2020. REUTERS/Denis Balibouse