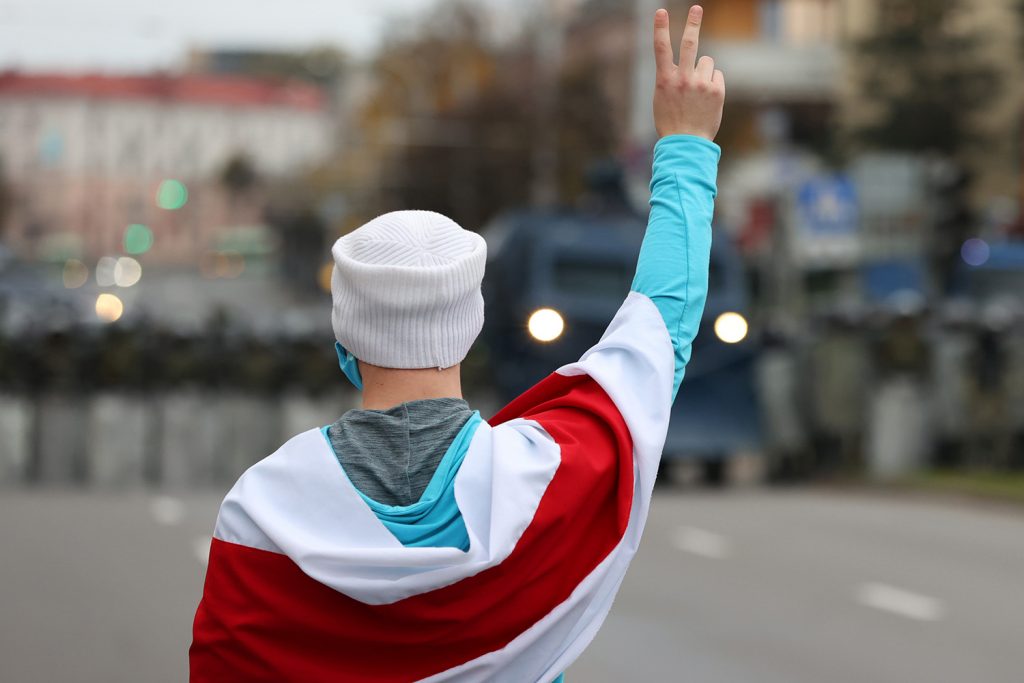 MINSK, BELARUS - OCTOBER 25, 2020: An opposition activist makes a V-sign during an unauthorised protest. Mass protests organised by the opposition have been taking place in Belarus after the 9 August presidential election. Stringer/TASS via REUTERS

Although Belarusian dictator Alyaksandr Lukashenka has resisted calls to relinquish power following a August presidential election tainted by fraud, thousands of Belarusian protesters continue to flood the streets to demand his resignation and new elections. The “people of Belarus have demonstrated amazing determination in the peaceful fight for change,” opposition leader Sviatlana Tsikhanouskaya said on December 7. Despite mass arrests, violence against demonstrators, and allegations of torture, Tsikhanouskaya reported that “Belarusians are prepared to protest as long as it is necessary” to oust Lukashenka. “There is no way back,” she maintained.

Here’s a quick look at what Tsikhanouskaya thinks the United States and the European Union can do to help the people of Belarus and what she revealed about how the protesters are continuing their struggle:

The fight goes on

How the West can help