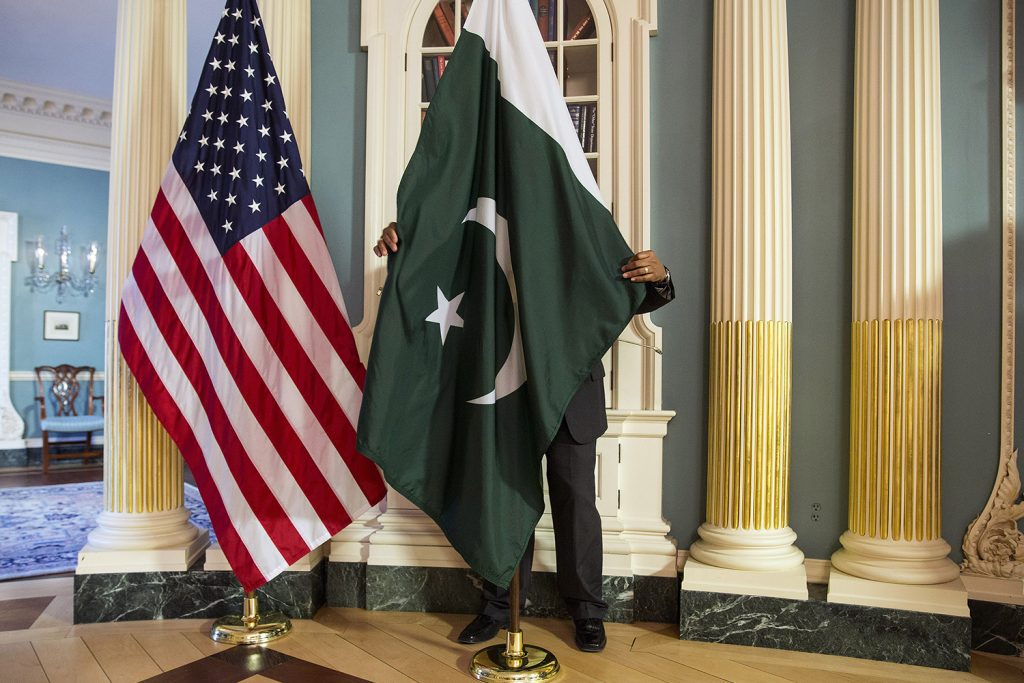 For the first time in over two decades, Pakistan is not a foreign-policy priority for a new US administration.

Since 2001, Pakistan has been a focus of the War on Terror and critical to US military involvement in Afghanistan. But that security imperative no longer drives US foreign policy. A shrinking US military footprint in the region is reshaping Washington’s strategic thinking. In place of counterterrorism, the United States is bound to be guided by great-power rivalries—foremost among them managing its relationship with China. The urgency of climate change, the COVID-19 pandemic, and economic challenges in the United States push Pakistan even lower down the list of US policy priorities.

This new reality raises the important question of how the United States should think about its relationship with Pakistan. A country of more than 200 million people, Pakistan is geostrategically located at the mouth of the Persian Gulf and borders Iran, India, and China. It is critical to the stability of its neighborhood and an important accessway into Central Asia. These facts alone argue for the relevance of Pakistan to broader US interests in the economy and security of West and South Asia.

As the Biden administration rolls out its national security strategy, it should place a new Pakistan policy within its broader strategic interests in West Asia. It behooves the new administration to embark on diplomatic engagement with Islamabad that builds avenues of cooperation on geopolitical realities and economic opportunities. There is an opportunity here for Washington. Pakistan’s strategic calculus has also been changing, as is evident from its support for the US-led peace process in Afghanistan. Economic pressure and changes to Pakistan’s pattern of alliances have only accelerated this shift.

While the United States prioritized security issues for the past two decades, China systematically deepened its business and diplomatic engagements in West Asia. Pakistan is a key stepping stone for such Chinese forays and offers prospective new markets and resources—in particular energy reserves in Central Asia and the Middle East. So far, China has invested upwards of $56 billion in infrastructure, power, and port development in Pakistan, all as part of its Belt and Road Initiative (BRI). It has also provided concessionary loans to Pakistan and even replaced the three billion dollars in loans that Saudi Arabia canceled last year.

China’s investment in Pakistan is a continuation of a strategic partnership between the two countries that spans decades. But it now comes with an added geostrategic dimension of giving China access to ports and roads that extend from the Gulf of Oman and the Arabian Sea into western China and Central Asia and Afghanistan. This should inform the US approach to Pakistan and the broader region.

The United States cannot match China’s economic investment in Pakistan or in the region for that matter, but it can influence the direction Pakistan takes. That possibility is greater now than at any time in recent memory as there are significant changes to fundamentals that have long defined Pakistan’s strategic calculus.

First, the United States is no longer fixated on terrorism, which means it is no longer paying attention to Pakistan in the ways it did after the 9/11 attacks. Pakistan is keen to find new ways to engage the United States. These sentiments, exhibited at the highest levels of military and civilian leadership in Pakistan, are motivated by the pragmatic realization that the country can no longer take US interest for granted as the United States shrinks its presence in Afghanistan.

Pakistan has offered a new approach based on economic security that seeks collaboration with the United States on climate change, technology, and a host of other non-security issues. Translating this new approach into a reality is going to take a lot of work, as Pakistan falls short in keeping its own economic house in order.

This is related to the second fundamental change: the economy. Dwindling foreign aid, dips in labor remittances owing to the collapse of Gulf Cooperation Council economies, and decreases in Pakistan’s textile and manufacturing exports have put the country in dire straits. Pakistan has long borrowed to finance existing debt. That is no longer possible, and payments on its short- to medium-term debts are converging. Pakistan needs international assistance, preferably via loans and economic aid, and it must grow its exports to boost its economy. The United States should take note that under these circumstances Pakistan will be more open to policy compromises that could provide relief on these fronts.

Third, Saudi Arabia no longer serves as Pakistan’s strategic depth. After nearly five decades of close ties, Saudi Arabia is decisively distancing itself from Pakistan. Last year it canceled a three-billion-dollar loan after Islamabad complained about lack of Saudi support for Pakistan over Indian suppression in Kashmir.

The shift isn’t personal. Rather, it indicates a fourth fundamental change—that of an end to the Islamic foreign policy that had bound Pakistan to Saudi Arabia and the Persian Gulf states. It’s clear that Saudi Arabia is backing away from its Islamic foreign policy—as reflected in its position on India under the crown prince, who is more openly looking to build economic and strategic ties with the country. The Saudis also did not come to Pakistan’s aid over the Kashmir crisis with India. Pakistan, which does not have diplomatic relations with Israel, is feeling isolated as Gulf countries normalize their relationships with the country.

Fifth, the paradigm for India-Pakistan relations is changing. With Saudi Arabia, China, and the United States de-linking conflict between India and Pakistan from their respective relationships with those countries, Pakistan is being forced to reevaluate how it engages its traditional partners on the defining feature of its foreign relations with many countries: competition with India.

The cumulative effect of these five developments has been to unmoor Pakistan’s strategic calculus, leaving the country somewhat adrift and unsure of its standing and future direction. The changes introduce serious questions for policymakers. For example, what will the end of an Islamic foreign-policy paradigm mean for Pakistan-based militancy, which has long enjoyed the patronage of financiers based in Persian Gulf states? What will the distancing of China and Saudi Arabia from India-Pakistan tensions mean when the two neighbors come to the brink of nuclear war?

Without the push and pull of the Saudis on Pakistan’s foreign policy, and in the absence of unconditional assurances of Chinese support for Pakistan, the United States faces a rare opportunity to re-engage an old partner. It is prudent to focus on the more urgent need to foster peace in Afghanistan. But the conditions on the ground in Afghanistan, as well as elsewhere in the region, must be in place to sustain peace beyond diplomatic negotiations and deals among political elites. If the United States continues to tether the stability of the region to Pakistan, then it must make far more significant investments in the country beyond security interests.

As business-to-business ties between US and foreign companies all over the world have shown, prospects of private-sector investment will push countries to more seriously embrace economic reform. More direct business-to-business engagements, with a light government touch, can facilitate and incubate initiatives far quicker than the speed at which large bureaucracies move.

Pakistan’s trade agreement with China, for example, makes it an ideal re-exporting hub. US companies can build manufacturing facilities in Pakistan and add value to American goods there, enabling those goods to access the Chinese market as Pakistani exports. There is also room for the United States to engage Pakistan’s private sector in Afghanistan. Already Pakistani construction and consumer-goods companies are looking to take advantage of a peace dividend in Afghanistan. Islamabad is also hoping to export food and agricultural goods across the border. Investment and trade can anchor relations between the United States and Pakistan in economics.

Ultimately, the best asset each country has is its people. The potential in continued exchanges between these populations is evident in the hundreds of Pakistani Fulbright scholarship recipients, the vibrant Pakistani-American community, and the many US businesses involved in Pakistan’s ever-growing consumer market. With two-thirds of its population under the age of thirty, Pakistan boasts a market that could thrive under the right regulatory environment.

Taking advantage of this potential will not be easy. Events such as the recent release of the man convicted of killing American journalist Daniel Pearl will create bumps in the relationship. A good first step would be to restart the US-Pakistan Strategic Dialogue. Pakistan is eager to know how the Biden administration will approach the country. Likewise, the United States wants to ensure it maintains a relationship with Pakistan that protects its interests in the region. A formal framework would signal a public commitment to the issues at the core of the relationship, add a layer of prestige and attention that will motivate all parties involved, and create a mechanism that allows for sustained oversight and follow-up on commitments.