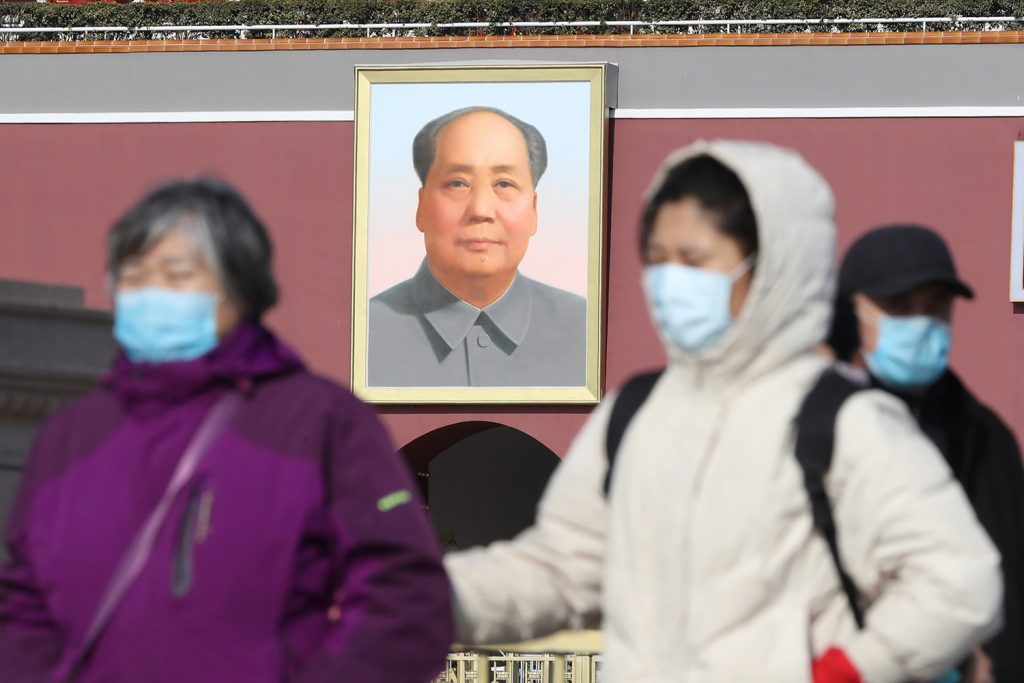 Between 1959-1961, more than 15 million Chinese starved to death. That period, along with the disastrous policy leading to mass starvation—collectively called the Great Leap Forward—also caused seismic policy shifts, including the devastating Cultural Revolution (which killed even more people), an overarching change in the mindsets of generations of Chinese, and a drastic restructuring of the Chinese Communist Party (CCP). So severe are the effects that they continue to shape the thinking of CCP members and thus everyday Chinese life.

It is not surprising that on March 24—six decades after the Great Leap Forward—Chinese Premier Li Keqiang warned CCP officials that “there must be no concealing or under-reporting.” Rather than alluding to grain yields and agricultural productivity, Li was referring to the number of infections and the mortality rate of a different kind of threat: COVID-19.

There are many uncanny resemblances between the policies of the Great Leap Forward (GLF) and the current response to COVID-19. First, it is important to understand that Mao Zedong did not set out to intentionally starve 15 million people. Rather, he banked on an agricultural collectivity system misaligned with human interests. He pressured provincial, city, and district party leaders to make an unworkable system work. These leaders, especially at the commune/collective level, knew that the system was not working, but in order to save their jobs and to avoid harsh punishments, they reported up fake yields that often exceeded their target quotas even in bad years of drought. At every level until they reached Mao, these numbers were inflated more and more to the point that Mao began exporting “surplus” grains.

Similarly, whenever there has been a major personnel or policy change, we see a drastic increase in the number of new COVID-19 infections a day before the announcement followed by a sharp decrease two days later. In Hubei on February 10 and 11, according to Chinese National Health Commission statistics, the number of new cases decreased by 20 percent and 22 percent respectively, but on February 12, it surged by 742 percent to nearly 14,000, before falling back to the 2,500 level the next day. The key difference was that on February 12, the party leadership of Hubei and Wuhan had been sacked and replaced. The Economist tracks at least seven other cases in the past eighty days that follow a similar pattern, all relating to major policy events, such as President Xi Jinping’s speech to the Politburo, a change of provincial leadership, or a new set of diagnostic guidelines or travel restrictions. While COVID-19 is certainly a fast-acting agent, it does not justify a twenty-four-hour jump when the incubation period is fourteen days.

We can only guess at what prompted Li to warn against covering up COVID-19 numbers, but the GLF and the subsequent Cultural Revolution are never too far from the minds of CCP members. Li is the second most powerful person in China, but he, like most of the senior officials, was affected in the Revolution. After graduating from high school in 1974, he was sent to a hard labor camp in rural Anhui. Perhaps it was a combination of his past experiences and a grudging understanding that an effective pandemic response begins with factual COVID-19 numbers.

By the time Mao had realized that the numbers weren’t adding up, it was too late. He could not lose face with China’s agricultural trading partners so he continued to export grains even when there was none for the people internally. And when the truth started trickling out of China, he produced grainy propaganda videos, in which he used props, such as shredding papers as a substitute for cotton, to show the “surplus.” The policy was finally ended after the deaths of 15 million of his “comrades.”

In the same vein, the CCP has crafted the narrative that it has COVID-19 under control. The world is scrutinizing China not only through the humanitarian lens of the best practices to stop the virus from spreading, but also from the approach of great power competition. The CCP, if it is to continue its control over its people, has to use statistical methodologies that also cater to its global ambitions. It might feel like it is backed into a corner, which explains Chinese Ambassador to the United States Cui Tiankai’s recent op-ed in the New York Times calling for US-China cooperation. Granted, it is a masterful display of its influence operations machine. In a single article, he touches on Huawei (5G), soft power (medical aid and doctors to other countries), the generosity of individual Chinese citizens such as Jack Ma and Clara Tsai, and his love of New York City. But at the end of the day, no matter how overworked the information operations machine is, a pandemic only comes to an end when it has been either treated or contained properly.

The Great Leap Forward and the subsequent Cultural Revolution tarnished Mao Zedong’s image and reputation globally. For almost a decade, the world, including communist Soviet Union, turned away from Mainland China. Instead, Taiwan was recognized as the “One China” until 1972 with US President Richard Nixon’s arrival in the country. Within China, while Mao’s cult of personality is still strong with the Boomer generation, not a single person would want to go back to the agricultural collectivity system that had led to mass starvation.

To avoid the disastrous legacy of the Great Leap Forward, China should be more transparent and collaborative. Responding and preventing a second wave of a lethal worldwide pandemic needs to rise above the great power competition between the United States and China. Over ninety bipartisan, high-level US officials, including Jon Huntsman and Stephen Hadley, signed a letter urging for US-China cooperation to defeat the virus. That US-China partnership starts with transparent data as proof of good faith. The revised numbers from Wuhan government on April 17 is a good step, but the changes are miniscule and far less—roughly eighty times less—than the estimates of other experts.

Evanna Hu is a nonresident senior fellow in the Atlantic Council’s Scowcroft Center for Strategy and Security.

While it is too early to understand the impact of the coronavirus on geopolitics, it is not too early to recognize China as a rising power that is aggressive, opportunistic, and susceptible to mistakes.