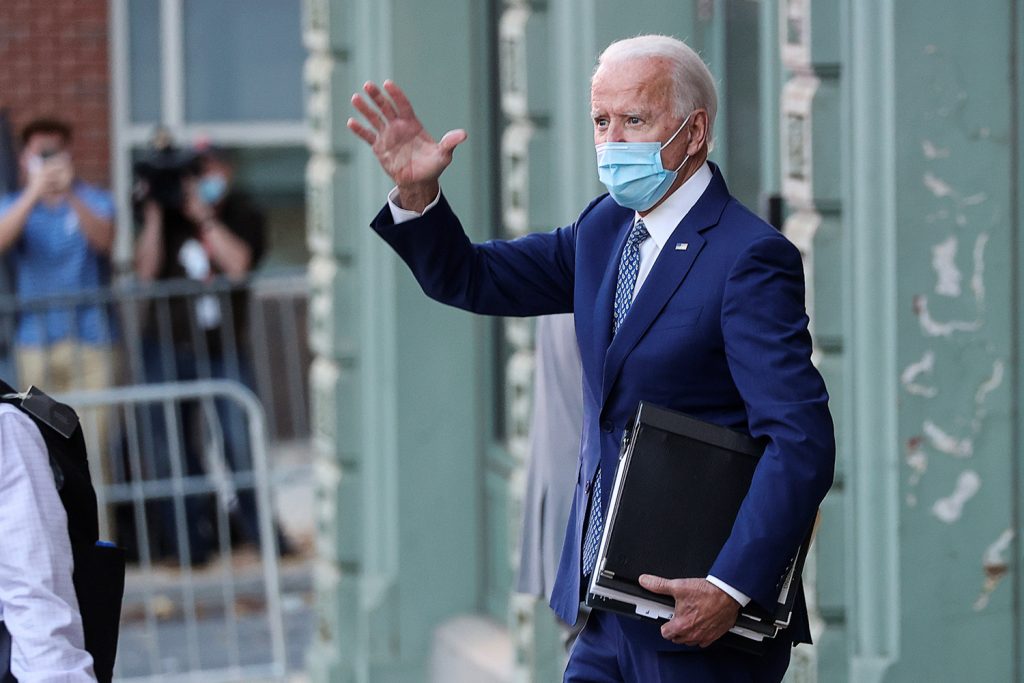 In two weeks, King Salman of Saudi Arabia will hand off leadership of the Group of Twenty (G20) to Italy’s Prime Minister Giuseppe Conte, and US President-Elect Joe Biden will be watching closely. The success of his new administration may hang in the balance.

The fundamental challenge facing the new US president and his colleagues is about more than money and jobs—it is about restoring faith in our system. That is why the only viable option for Biden is an ambitious international economic agenda, modeled off the Bretton Woods meeting at the end of the Second World War. An agenda that focuses on deploying global fiscal firepower, giving opportunity to every citizen, and rebuilding the architecture of international trade.

Back in 2009, in the midst of the Global Financial Crisis, the Obama-Biden administration worked with allies to elevate the G20 to coordinate an unprecedented economic response. In London, the leaders of the world’s largest economies assured the rest of the globe that help was on the way and committed an additional $5 trillion dollars in spending. Each nation came away with a sense of what they needed to do next, from banking reform in the United States to a faster way to deploy fiscal aid in Europe.

Unfortunately, the response to the COVID-19 pandemic has been far more fractured. While countries are doing significantly more on fiscal stimulus and monetary easing, the lack of shared priorities is hindering the recovery. There is no global response, just a series of national reactions.

All this can change in 2021. Imagine the first meeting of finance ministers and central bankers in Rome next year. The first item on the agenda will be coordinating delivery of the vaccine. The emerging and developing world needs a new round of debt relief and international aid to help them manage one of the most complex logistical problems in our history. Ensuring the world has access to the vaccine should be a US priority, one that will make real the President-elect’s promise to world leaders that “America is back.”

Building immunity could take over a year, and there are millions around the world who are suffering right now. So the G20 also needs to send the right message on borrowing and spending. With low interest rates and subdued inflation, now is the time to make critical investments in green infrastructure, health care, and education that will accelerate growth over the next decade and beyond. Put another way? Don’t repeat the austerity mistakes of the 2010s.

The results will quickly speak for themselves. One thing we learned during the last crisis is that synchronized spending has a multiplier effect—the whole is greater than the sum of its parts. If the G20 can have a ‘Rome Moment’ to match the ‘London Moment,’ the world will be more prosperous in the year head.

Spending to match our values

Unfortunately, that’s the ‘easy’ part. What comes next is setting an example at home for others to follow. The Biden administration may face a Congress in no mood to help enact their more ambitious policy proposals, although compromises on issues like COVID stimulus, childcare, and transportation are very much within reach. But even if negotiations break down on Capitol Hill, the new president may find an ally on the other side of Pennsylvania Avenue. The under the radar story in Washington right now is how the relationship between Federal Reserve Chair Jay Powell (whose current term is up in 2022) and a President Biden could shape the economic fortunes of both the United States and the world.

The Fed has already shown extraordinary flexibility in developing innovative ways to deliver money where it’s needed. Fully deploying and extending the Municipal Liquid Facility (MLF) would help backstop struggling state and local governments, even if Congress won’t. This is critical for states that must balance budgets at the end of year and are staring down the barrel of massive layoffs for police, firefighters, and teachers. The world will take its cues from the Federal Reserve. If Europe and Japan see an action-oriented Federal Reserve in 2021 it will be a signal that the crisis is not behind us and more money is needed to save beleaguered economies.

And this is where the Biden administration can help lead—by working with allies to show the world that just because gross domestic product and equity prices are returning to pre-crisis levels it does not mean we have truly recovered. The measure of recovery this time around must be the level of inequality, the employment of young people, women, minorities, and the path forward for all the groups that have been hit particularly hard by the twin crises of 2008 and 2020. The risk of ignoring those left behind is a lost decade. After all, the Global Financial Crisis didn’t end in 2009. It triggered the eurozone crisis, armed conflict, the refugee crisis, and the rise of populism in the west. What will the legacy of the COVID crisis be if we fail to act this time? The stakes are even higher. Faith in democratic capitalism is shaken and China’s authoritarian capitalist model looks increasingly successful.

That’s why recovery alone is not enough. The Biden administration has promised to build back better and there’s no better place to start than global trade. The system was badly damaged before the Trump years and has now gone from struggling to defunct. Thankfully there’s a person ready to take on the challenge. Nigeria’s Ngozi Okonjo Iweala is slated to become the first woman and first African to lead the World Trade Organization. The problem is that the United States is blocking ascension. On day one, the Biden administration can signal its commitment to multilateralism by lifting US objections. The next step would be to try to settle decades-long thorny issues like the Boeing-Airbus subsidy dispute and engage in regional trade negotiations with the United Kingdom, the European Union, and our partners in the Pacific.

And then it’s time to focus on the future of trade by bringing the WTO into the 21st century. We need policies that promote trade in services and e-commerce, an increasingly critical part of our global economy even before the pandemic.

All of these efforts can help restore trust and strengthen the United States both at home and abroad. It can form the basis for an even broader international economic agenda that fights corruption, finds common ground on digital regulation, and recognizes climate change as the existential threat—and economic opportunity—of our time.

It would be understandable, given the realities of a divided Congress, for a Biden administration to think small. But it would be a mistake. On both the international and domestic front the times call for colossal ambition. Good thing then that the leaders will be in Rome next year for some inspiration.

Josh Lipsky is the director, programs and policy, of the Atlantic Council’s GeoEconomics Center.

An opportunity for transformational leadership

In combining attributes such as decency and respect with political acumen and long-term relationships, Biden is well-positioned to cultivate bipartisan consensus and earn public support at home, while forging a new model of US leadership in a world that has become more reluctant to follow America’s lead.

Biden will think globally to solve domestic issues. The post-COVID world will demand it.

The president-elect’s commitment to looking for global solutions to common issues is all the more important as the United States faces a changed and more difficult global landscape.