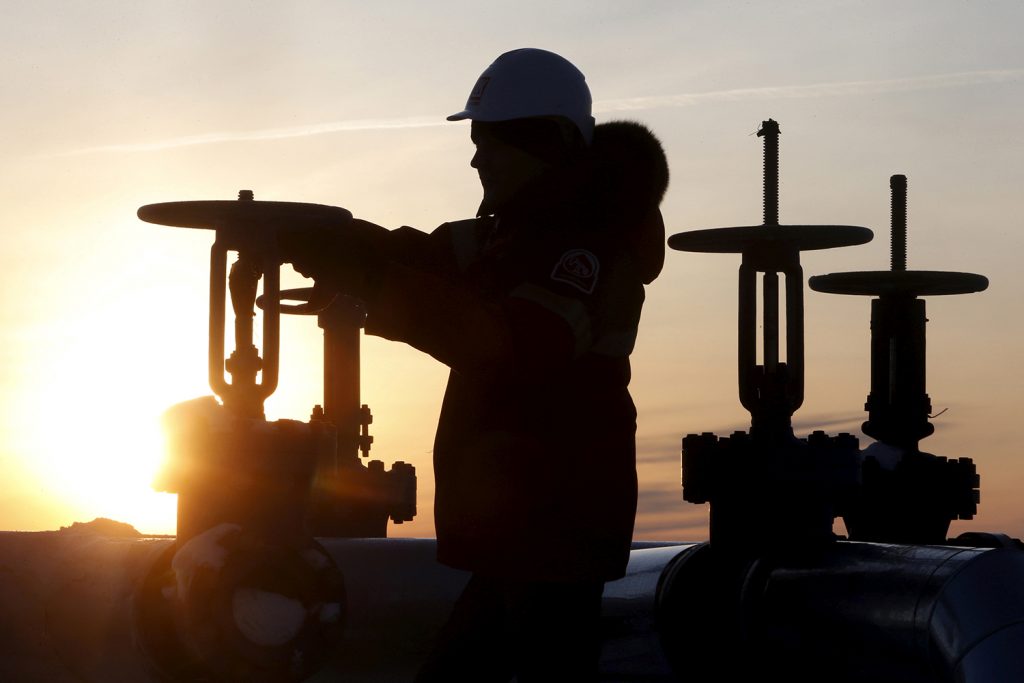 On April 12, the United States joined Russia, the Organization of the Petroleum Exporting Countries (OPEC), and the cartel’s allies in a deal to cut 10 percent of the global oil production. The deal, however, has failed to lift energy markets, which had seen the rug pulled out underneath them by the COVID-19 pandemic, bottoming out energy prices and demand. A week later on April 20, oil prices continued to plummet due to strains on oil storage capacity, with US main benchmark West Texas Intermediate dropping 40 percent, down to $11 a barrel.

Three key developments spell out a new era for leading producers such as the United States, Russia, and the OPEC countries, and these trends will not dissipate after the pandemic. Indeed, COVID-19 only highlighted and exacerbated some long-standing trends in the markets and geopolitical developments.

In the last decade, the North American shale boom unlocked previously untenable unconventional shale gas and oil reserves. It boosted the United States to become the leading oil and gas producer in the world. Long before the pandemic, energy abundance—both oil and gas—defined energy markets and analysts preferred debating “peak demand” rather than concern themselves about energy shortages. As supply skyrocketed, demand for fossil fuels had already been dampened by environmental considerations and new technologies. Now, COVID-19 has further pushed down energy prices and demand worldwide. Thus, a rapid rebound of energy prices is unlikely even in the post-pandemic era. The end of the pandemic may boost demand, but supply will remain ample. Beyond current key producers, China has been pursuing vast investments into fracking to boost their own production of shale gas and shale oil. As a result, China may emerge as a major energy producer in the coming decades.

This global energy abundance will continue to be equally felt in oil and gas markets. As I wrote in my book The New Geopolitics of Natural Gas, the globalized gas market that has emerged in the past decade is now comparable to that of the global oil market. This globalized market is marked by increased infrastructural and trade links between previously isolated regional markets, rapidly growing global trade of liquefied natural gas (LNG), and greater convergence of gas pricing across the globe. As a result, gas will remain an abundant globally available commodity rather than a politicized scarce resource doled out by state-owned monopolists.

#2: The United States: An energy superpower still growing its wings

The intervention of US President Donald J. Trump to cinch the OPEC+ deal, highlights the United States’ new role in the global energy markets. In the current conditions of collapsing global oil prices and demand, as a leading producer the United States shares common short-term interest in propping up energy markets with its rival Russia and erstwhile ally Saudi Arabia despite the fact that broader longer term interests diverge.

With the shale boom, the United States emerged as the leading oil and gas producer in the world surpassing Saudi Arabia and Russia, respectively. The Trump administration has pursued “energy dominance” and a very active energy diplomacy intended to make the United States a preeminent energy power. Their aim was to increase revenues and boost the domestic energy industry through exports of US LNG and to grow the country’s geopolitical influence. In 2016 the United States emerged as an LNG exporter, with deliveries focused on Asia but reaching many corners of the globe, including to Russia’s former monopolized markets in Europe such as Poland and Lithuania.

Yet, the United States has not maximized leverage from its new energy superpower position. Its greatest achievements lay in ensuring the country’s energy security and even arguably energy independence after decades of relying from oil imports from the Middle East to fuel its economy. Beyond its borders, US energy producers and exporters have made an impact on the gas business by boosting LNG trade, allowing more flexible contracts, and favoring hub-based rather than oil-linked pricing.

At the same time, despite the US entry into the global gas markets, Russia managed to continue playing its own gas diplomacy. The Turkstream pipeline delivering gas from Russia to Turkey was completed in January 2020 despite Washington’s objections. Moscow continues to press on with plans to build the Nord Stream 2 gas pipeline to Germany despite US sanctions. These two pipeline projects would enable Russia to maintain a strong foothold in their two largest export markets of Germany and Turkey and boost bilateral relations with both Berlin and Ankara—two key NATO allies.

Many will question to what extent the OPEC+ deal is a victory for the United States and whether the terms of agreement will be adhered to. Russia could continue clandestine piped gas sales to its neighbors, including China. Some analysts speculated that the OPEC+ deal was an effort by Russia and OPEC members to grab market share from the United States or that the earlier Russian price war was intended to bankrupt small US shale gas and shale oil producers. Independent producers (rather than multinational corporations) account for 83 percent of the United States’ oil production and 90 percent of its natural gas and natural gas liquids (NGL) production. These smaller producers are more vulnerable to market volatility and have less deep pockets than multinational corporations or more so than state owned energy companies of Russia and the Middle East. At the same time, independent producers are more agile and more innovative and tend to be able to produce at a lower price point.

It is very important to realize this distinction between US energy players who are private sector players—many of them independently operated—and those of state-owned companies that are driven by long-term national interests and geopolitical strategies. This distinction has been a key factor in limiting the United States’ ability to fully harness its booming energy production for geopolitical aims. Moreover, this distinction will remain in the future even if US independent producers survive the low energy price environment, the low demand, and even if they consolidate into larger entities.

The COVID-19-generated energy markets slump has deepened the challenges faced by the Russian state and energy sector. The country’s budget is propped up by the exports of natural resources, particularly those of oil. Moreover, gas exports served as means of political influence, with gas deals offering the backbone of diplomacy as seen in Germany, Turkey, Italy, China, India, and beyond. Yet the increased competition after the shale boom and the dampened demand from COVID-19 pose a threat to Russia’s revenue, market share, and geopolitical status.

Russia’s response to the changes in the global energy markets was already outlined in Russia’s Energy Strategy to 2035, released in December 2019, where Russia outlines a plan to remain one of the key players in energy markets. Its response has been aggressive, from the Kremlin’s tough negotiations with OPEC, which include a recent price war with Saudi Arabia, to the boost of its political influence in Middle East and North Africa over the past few years. In Europe, Russia above all sought to maintain its hold on its two largest export markets of Germany and Turkey, through geopolitically-minded gas pipeline projects such as Nordstream and Turksteam. Nordstream 2 is intended to replace Russia’s gas transit through Ukraine, boost a bilateral relationship with Germany, and retain Moscow’s foothold in Europe despite rising competition from other gas producers. Meanwhile, Turkstream has helped bring a key NATO member and long-standing US ally increasingly into Moscow’s fold. Moreover, Russia has been taking an increasingly active role in the Gas Exporting Countries Forum (GECF), a type of “gas OPEC” founded in 2001 includes many leading gas producers except the United States and its allies. Since 2018, Russia holds the secretary general seat.

Global energy markets are experiencing historic upheavals most evident by the dramatic drop in oil prices and demand. Yet, there are deeper structural upheavals at play and ones driven by changes over the past decade. Fossil fuel abundance and competition between new energy superpowers such as the United States and traditional key producers such as Russia and the OPEC countries will mark the upcoming era of energy markets. This will be accompanied by geopolitical nuances of markets divided by independent private sector energy producers of the West and those of state-owned champions of closed authoritarian states.

Dr. Agnia Grigas, a geopolitical economist, is a nonresident senior fellow at Atlantic Council’s Eurasia Center. Her recent books include “The New Geopolitics of Natural Gas” and “Beyond Crimea: The New Russian Empire.” Follow her on Twitter @AgniaGrigas

Russia’s price war with Saudi Arabia backfired, and Putin’s backtracking may signal that he is starting to sour on one of his key officials.

The result of the OPEC+ marathon negotiations should help restore some positive market sentiment and possibly firm up something of a price floor over the short term. However, the impact of a month-long price war, amidst deteriorating oil demand, risks eventually drawing the deal into sharp relief over the next few weeks.

Image: A worker checks the valve of an oil pipe at the Lukoil company owned Imilorskoye oil field outside the West Siberian city of Kogalym, Russia, January 25, 2016. REUTERS/Sergei Karpukhin/File Photo