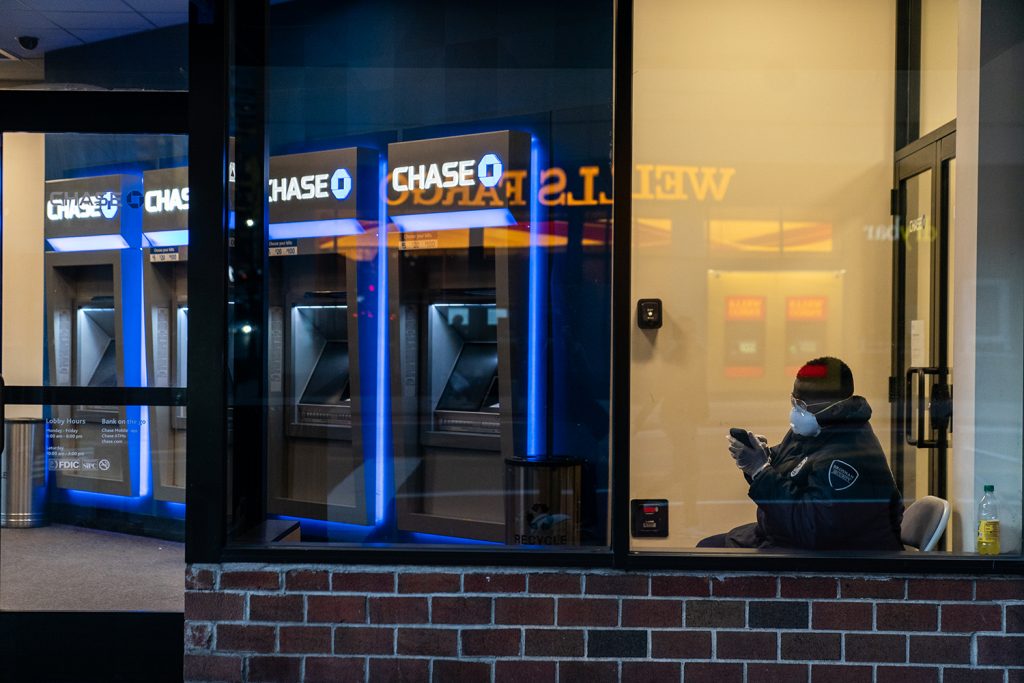 Earnings reports from the week of July 13 by major US banks featured record losses related to non-performing loans and insights into how the banks plan to manage the upcoming year in terms of additional reserves. The biggest lender in the United States, JP Morgan Chase, took loan loss charges of $10.5 billion. The US banks’ results and provisions also give a sense of what additional regulatory, central bank, and other policy measures might be needed in the next year to ensure global financial stability as the pandemic continues to affect everyday life.

S&P Global now estimates global credit losses for banks over the next two years to reach more than $2 trillion, with $1.27 trillion in Asia-Pacific, $366 billion in North America, and $228 billion in Europe. Healthy provisioning by the banks themselves, as well as their ongoing profitability in many cases, are the first lines of defense against this wave of losses. Savings, low borrowing costs, and government liquidity support mechanisms additionally delay the transmission of the economic shock to bank balance sheets and many financial institutions are bracing for losses to start mounting later this year and run through at least 2022. For all major banking systems globally, the problems look similar: rising non-performing losses, reduced profitability also due to the interest rate environment, declining capital buffers, and pressures on credit quality.

Banks generally have improved their balance sheets since the global financial crisis. There are two reasons that their loan loss provisions need shoring up during this economic shock. The first is that it is not possible to “diversify out of” a near-complete halt to economic activity. The second is that public health experts view a pandemic’s impact and duration in terms of years not months. In the absence of a somewhat effective vaccine, health care capacity will dictate the stop-and-go nature of regional and local re-starts of economic activity. As a result, it is not possible for companies of any size to predict their profitability with confidence.

After an ambitious initial round of national level and multilateral interventions by policymakers, many governments have now turned to the depressed and volatile economic forecast for the medium term.  In addition to additional economic recovery spending by governments, the world’s most important central banks have all clearly signaled they will continue to keep rates near, at, or below 0 percent for the foreseeable future. Central banks are also vastly expanding their purchases of government, corporate, and structured finance securities—the European Central Bank, the US Federal Reserve, and the Bank of Japan for example have done so while at the same time letting go of historical credit quality and portfolio size thresholds.

Regulators are similarly practicing forbearance and providing extensions, delaying the materialization of losses. The build-up of debt of government and central bank balance sheets that aims to keep large parts of the economy afloat bears careful watching. Efficacy of the spending cannot currently be the foremost priority of policymakers—sending the signal that intervention efforts will keep pace with the economic uncertainty caused by the ongoing pandemic is much more important. However, acknowledging the correct losses in a transparent way will become more important as the public health crisis persists. Continuing to intervene in parts of the economy that have no real prospect of a return to normalcy over the next few years raises the risk of pushing interventions to the point where financial institutions and their clients lose faith in market prices. The common tools at that point are financial sector-wide recapitalizations and the kind of government takeovers of banks last seen during the global financial crisis.

If the wealthy countries cannot support measures to stave off a humanitarian crisis, the damage will run deeper than the resurgence of hunger and disease. The political repercussions will take the shape of civil strife, extremism, and mass migration. The G20 will do irreparable damage to social cohesion and international cooperation if it fails to act decisively.

Do deficits matter? Japan shows they do.

Japan is often a misleading example for those who downplay the problems of debt. Tokyo has run budget deficits throughout the past three decades, creating one of the world’s highest public debt to GDP ratios, without any adverse effect on inflation and interest rates. But this comes at the cost of high savings by the household and corporate sectors, which has hampered Japanese growth.