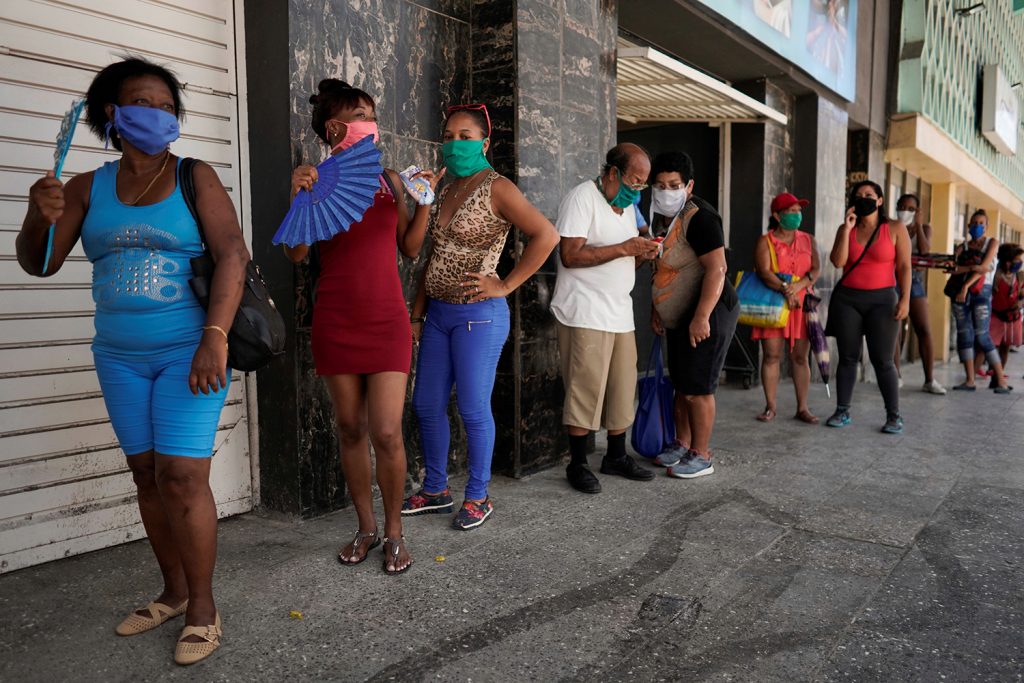 The human toll of COVID-19 is mounting rapidly as millions are pushed into dire poverty by the spread of the disease and the global recession it caused. If Group of Twenty (G20) finance ministers fail to take strong action when they meet on July 18, it will be further proof that the grouping of the world’s largest economies is not up to the task of confronting a global crisis.

It is essential that the G20 step up with bilateral aid and fresh support for multilateral institutions to ensure that developing countries can weather a deepening crisis that could have profound humanitarian and political ramifications.

The deep pain of COVID-19

The recession has already eliminated hundreds of millions of jobs, and policymakers fear a prolonged downturn in developing countries that depend on export dollars, remittances, tourism, and investment from advanced economies.

International organizations have recently described the impact of the pandemic in low-income countries—where years of gains against hunger and illness are threatened. It is also undermining social indicators in more prosperous countries.

In a report on Sub-Saharan Africa, the International Monetary Fund (IMF) said that almost a decade of progress in the fight against poverty could be wiped out. Meanwhile, a World Bank survey of the same region estimated that between 26 million and 58 million more people could fall into the extreme poverty grouping of those who make below $1.90 a day—about half the cost of a Big Mac. Those working in the informal sector of developing country economies are experiencing a particularly sharp drop in income. This includes some 1.6 billion workers, especially women in Africa, South Asia, and Latin America.

The outlook for nutrition is alarming. The UN World Food Program projects that the number of hungry worldwide could rise 82 percent from 2019 by the end of the year. A UNICEF survey found that 30 percent of Sri Lankan families have reduced food consumption since COVID-19 hit. And in Lebanon, a middle-income country where the pandemic has exacerbated an economic crisis, the World Food Program reported last month that half of all families don’t have enough to eat.

On the health front, while COVID-19 is the focus of attention, shutdowns and the diversion of resources from the fight against other diseases are taking their toll. The Global Fund to Fight AIDS, Tuberculosis, and Malaria forecasts that deaths from the three diseases could nearly double this year, with about three-quarters of programs targeting the diseases adversely affected by the pandemic in 106 countries. Treatment and prevention programs have been disrupted, community health facilities have been overwhelmed by COVID patients, and resources previously committed to the HIV, TB, and malaria diverted.

Making matters worse is the sharp drop in remittances—money that often provides crucial support for nutrition, health care, and education. The World Bank projects a 20 percent decline in remittances from workers living abroad this year. How significant is this? The IMF estimates that remittances to developing countries in 2018 surpassed foreign direct investment, portfolio investments, and foreign aid in those countries.

There is a precedent for the G20 ministers to take action when they convene: At the height of the 2008-09 financial crisis, the international community devoted large sums to assisting hard-hit countries. IMF resources were increased to $1 trillion, and the Group of Seven (G7) committed to a sharp rise in bilateral assistance to developing countries. This time around, new resources for struggling countries are in short supply. There five areas in which assistance could be provided:

Support to humanitarian agencies: The World Food Program is requesting $4.9 billion over next six months for work in eighty-three countries. The Global Fund needs $5 billion to mitigate the impact of diverted funds for AIDS, TB, and malaria, and to support the COVID response. These organizations have a track record of making a difference.

Debt relief: The G20 committed in April to a standstill on sovereign debt payments this year by low-income countries. The IMF and Paris Club—the group of creditor countries that sets rules and practices for sovereign debt relief—have expressed concern about delays in the initiative. The chair of the Paris Club, Odile Renaud-Basso, has specifically cited lending by China’s policy banks and Western commercial loans and bond issues. There is a growing consensus—including Chinese leader Xi Jinping and World Bank President David Malpass—on the need to extend the standstill through 2021, which could free up about $90 billion for Africa. The program needs new life.

IMF resources: The IMF has provided assistance totaling about $83 billion to seventy-seven countries affected by the crisis, with a little over half committed to three South American countries as credit lines that have not been drawn upon. Interest-free resources for low-income countries are limited, and there are proposals for a new allocation of IMF Sovereign Drawing Rights (a reserve asset exchangeable for hard currency) that could provide them several billion dollars more. However, the United States has blocked those proposals. There is a need for progress on Special Drawing Rights, and consideration should be given to increasing overall IMF reserves, as during the 2008 crisis.

Central bank swap lines: The US Federal Reserve has created swap arrangements with several central banks to ensure adequate supplies of US dollars during a crisis. A recent Atlantic Council report proposed making the swaps available to a larger number of countries to ensure adequate liquidity during the pandemic. This should be explored.

Grant aid: While governments have announced about $11 trillion of fiscal measures to respond to the crisis within their own borders, aid to developing countries has been largely provided by the IMF, World Bank, and other multilateral institutions. It is essential that the advanced economies and wealthy emerging market countries like China increase bilateral aid to the poor countries—prioritizing grants over loans. So far, there has been no public discussion of this course of action.

The danger of doing nothing

One of the most important success stories of the past decade has been the extraordinary gains made by developing countries. Now that progress is in danger of disappearing. If the wealthy countries cannot support measures to stave off a humanitarian crisis, the damage will run deeper than the resurgence of hunger and disease. The political repercussions will take the shape of civil strife, extremism, and mass migration. The G20 will do irreparable damage to social cohesion and international cooperation if it fails to act decisively.

Private lenders need to step up on African debt relief

While policymakers have called for a moratorium on developing countries’ debt payments, bankers and bondholders have raised the alarm about how such action would decimate their bottom lines. There will need to be another approach.