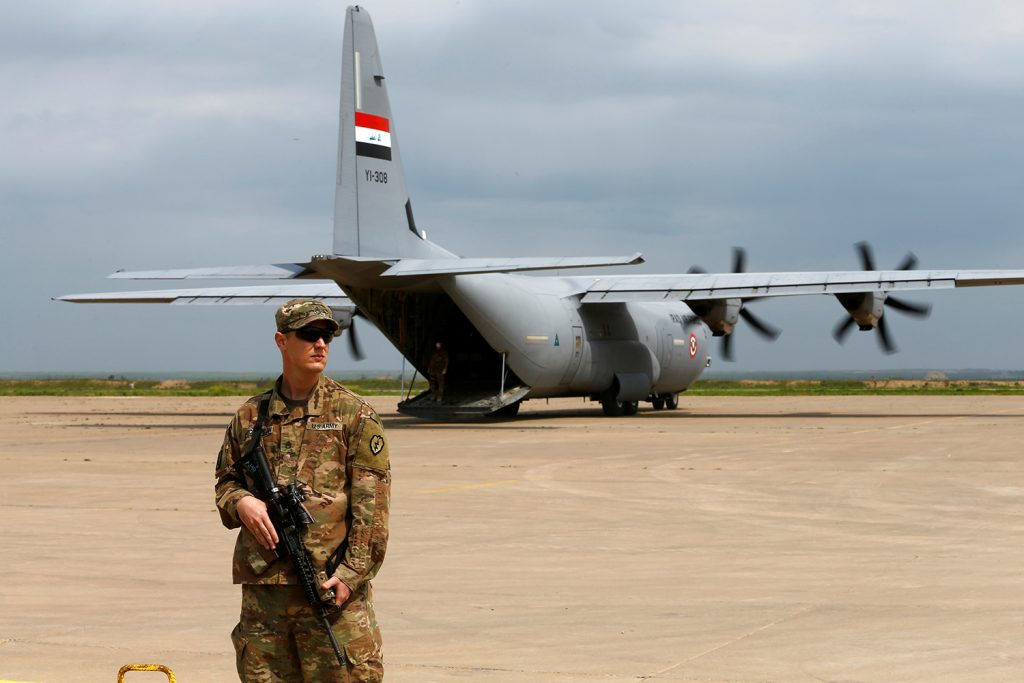 “The Endless Wars Must End!” US President Donald J. Trump tweeted on October 19 last year, one of a dozen of his tweets using the phrase in 2019. “I inherited a total mess in Syria and Afghanistan, the ‘Endless Wars’ of unlimited spending and death. During my campaign I said, very strongly, that these wars must finally end,” the president tweeted on February 1, 2019. And: “I was elected on getting out of these ridiculous endless wars, where our great military functions as a policing operation to the benefit of people who don’t even like the USA,” Trump tweeted on October 7, 2019.

Like so much else, Trump’s words should be taken seriously, not literally. Trump, as commander-in-chief, could quite literally end all US military operations with a single command. That he hasn’t is a sign that Trump is more interested in propping up a strawman for rhetorical effect, not engaging in a good faith argument about military strategy. Consider: does anyone literally advocate for endless war? Of course not.

The trope about ending endless wars is really a way of arguing that the US foreign policy establishment has failed, that the supposed doctrine of interventionism is ineffective and counterproductive, and that the United States should retrench, withdraw, and do less in the world. It is the latest talking point in a long-running debate between advocates of restraint and advocates of engagement. The debate is not whether we want wars to end or not, but about what strategy is best suited to end them on the best terms. Advocates of restraint believe that we can end wars by simply leaving them.

Former US President Barack Obama tried to end the war in Iraq by withdrawing all US forces in 2011. The US withdrawal did not end the Iraq war, which continued—unabated—before, during, and after the US withdrawal. The difference was that without US forces, the worst elements regained the initiative and coalesced around the banner of the Islamic State of Iraq and al-Sham (ISIS)—and the United States was compelled to re-intervene in 2014.

Obama tried to end the war in Afghanistan by announcing a series of timetables to withdraw troops and then withdrawing 90 percent of them. He quickly abandoned his campaign rhetoric about “winning” the war, moved the goalposts, and sought for an exit as soon as possible. The Taliban, predictably, made that impossible when they regained the initiative. The seizure of Kunduz in 2015 was a wake-up call, after which Obama was forced to halt his withdrawal plans and leave the war to his successor. Obama spent his entire presidency waging war in Afghanistan while talking about withdrawing from it.

Examples abound. Obama wanted to avoid an expensive and messy reconstruction effort in Libya, the result of which is that Libya is a failed state and terrorist playground in the midst of an endless civil war. Obama and Trump worked hard not to get drawn into the morass in Syria, which helped ensure the war there has dragged on for a decade and now threatens to turn into a regional conflict between Turkey and Syria. Obama and Trump have never given Ukraine the help and the weapons it needs to defeat Russian-backed insurgents, and so the war there never ends.

In Afghanistan, the United States long ago gave up on any effort to stabilize or rebuild the country and had been staying only to play whack-a-mole with terrorist groups. Endless war was a feature, not a bug, of US strategy there. The answer is not to leave, but to stay and change strategy. But now Trump is trying to end the war in Afghanistan, again, by taking a page from Obama’s playbook. He has signed an agreement that obligates the United States to withdraw from that country in fourteen months. Few believe the agreement will end the war or even end the terrorist threat to US national security.

Behind withdrawal is a premise that wars have expiration dates. If they last a long time, their duration is evidence that they are a lost cause and that we should end them by simply leaving. Both the premise and conclusion are flawed. Wars almost always last longer than expected, and no conflict unfolds according to a predetermined timetable. That wars last longer than expected is not a sign of failure; it is a sign of reality.

And withdrawal does not end wars, except in one specific sense. The military has another word for stopping the fighting without achieving success: it is called losing. Ending “endless war” by leaving is another way of saying “retreat.” Those who use the “endless war” trope owe it to themselves, the public, and the troops to explain why defeat is the right choice.

We are indeed in an era of endless war. But the wars never end because we are not playing for a win. In case after case, US policymakers are either playing for a tie or voting “absent,” which means wars will either not end or they will end in ways that harm US national security. To put it simply, withdrawal makes the United States less safe.

Withdrawal temporarily removes US troops from the firing line. It does not end wars, but it does endanger US interests while removing US influence, and it quite often draws the United States back in, but only after the situation deteriorates and makes reengagement harder and costlier.

Wars end when the interests that motivated them are satisfied: either the interests of the United States (which is called “winning”), the interests of its enemies (“losing”), or a compromise between the two. Up and leaving is a way to allow the enemy to achieve its interests, unimpeded by the United States, as it happening across much of the Middle East and South Asia today, and which threatens to happen in Europe and East Asia. Ending wars requires long-term commitment, deep engagement, and American leadership, not withdrawal and restraint. The more US policymakers try to exercise restraint and to withdraw from the world, the more they guarantee that wars will be truly endless.

Paul D. Miller is a professor of the practice of international affairs at Georgetown University and a senior nonresident fellow at the Scowcroft Center for Strategy and Security at the Atlantic Council.

Image: A U.S. soldier is seen during the hand over of US-led coalition forces to Iraqi Security Forces at Qayyarah Airfield West in the south of Mosul, Iraq March 26, 2020. REUTERS/Thaier al-Sudani