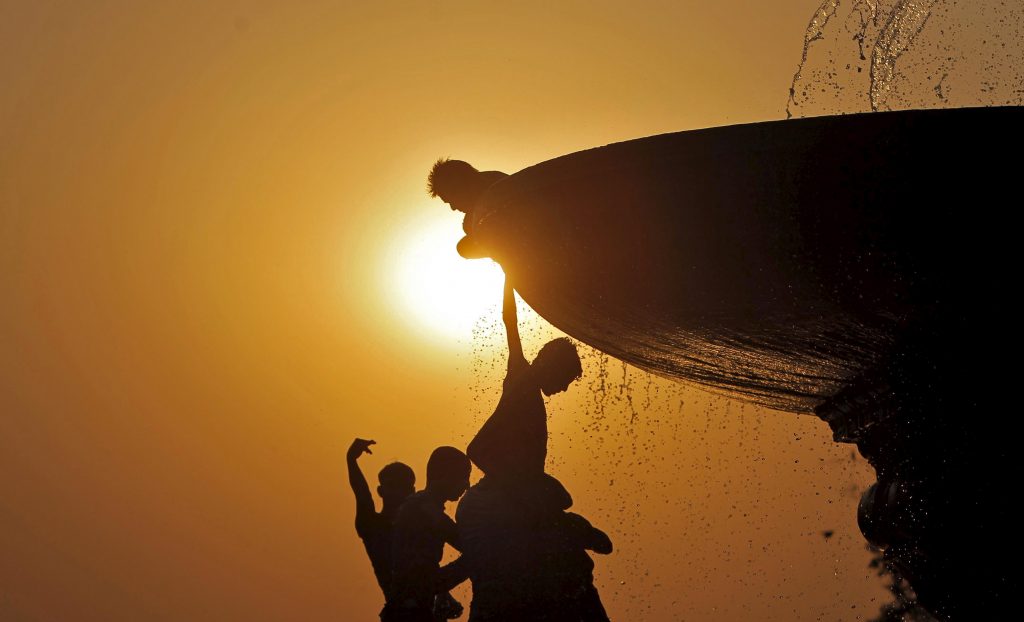 The impact of extreme heat is nowhere more apparent than in large cities worldwide, where temperatures can be up to five degrees higher than in nearby areas. In 2019, a European heat wave shattered records across the continent. Temperatures in France, which reached nearly 115 degrees, evoked grim memories of the 2003 heatwave in Europe, which killed at least 35,000 people and potentially as many as 70,000 people, resulting in an estimated 13 billion euros in economic losses. In the United States, where extreme heat is the single largest cause of death among natural disasters, hundreds of heat records have already been broken this summer. Three Texas cities have tied or set all-time highs and heat indices have ranged from 115-120 degrees in hotspots like Oklahoma and Louisiana.

With hotter than normal temperatures expected to continue, and in a season plagued by the scourge of COVID-19, 2020 is lending new meaning to the definition of a long, hot summer. A study of twenty-six counties that endured extreme heat last month revealed twenty-two were also facing surging cases of COVID-19. This double whammy presents a dangerous conundrum likely to continue: those without air conditioning must choose between staying home and risking heat-related illness or venturing out to cool down in a public place and increasing the likelihood of exposure to coronavirus.

Beyond the threat to human life, extreme heat is also taking a considerable economic toll. According to the International Labour Organization, heat stress is projected to reduce total working hours worldwide by 2.2%, and global gross domestic product (GDP) by $2.4 trillion by 2030—with the impact most pronounced in lower-middle- and low-income countries. Globally, GDP losses from heat could be greater than 20 percent by century’s end.

The snowballing impact of extreme heat makes clear that we must find better ways of managing this challenge. To start, we must first formally recognize and elevate awareness of this largely silent killer to a level commensurate with the threat it poses.

The Extreme Heat Resilience Alliance (EHRA), whose formation was announced by the Adrienne Arsht-Rockefeller Foundation Resilience Center on August 4, will tackle the threat of extreme heat through a range of innovative approaches. Comprised of thirty global partners—including the cities of Athens, Chennai, Melbourne, Mexico City, and Tel Aviv; the Global Resilient Cities Network; Swiss Re; IFRC Americas; American Forests; National Center for Atmospheric Research; Bechtel; and experts in the fields of public health, climate change risk, and disaster management, among others—the Alliance will work to reduce the impact of extreme urban heat.

The Alliance’s first major initiative is to establish a standard practice of naming and categorizing heatwaves worldwide—much the way the US National Hurricane Center (NHC) did in 1953 when it first began to name tropical storms.

Nearly seventy years ago, the NHC sought to help alert the public to approaching storms and their associated dangers. Short, distinctive names were deemed easier to identify—and much less confusing than the latitude and longitude coordinates previously used by meteorologists—when sharing vital information with the general public about a storm’s track, path, and predicted impact. Tropical storms are now named when they reach a speed of thirty-nine miles per hour and hurricanes are categorized from levels one to five—sounding the alarm for an approaching emergency and triggering preparation of authorities and citizens alike.

The same principles can be applied to extreme heat. A World Meteorological Organization/World Health Organization report on heat-health warning systems (HHWSs) suggests that the highest level of defined heat event calls for community intervention. In the United States, that is an Excessive Heat Warning, as defined by the National Weather Service. As a general rule, it is issued within twelve hours of the onset of a maximum heat index temperature expected to be 105 degrees or higher for at least two days, with a nighttime temperature that won’t drop below 75 degrees. This could perhaps be a driving parameter when a heat wave is given a name. In fact, California Insurance Commissioner Ricardo Lara, another founding member of the EHRA, today is publicly announcing his intent to work across the state to name and categorize heat waves in his state.

Support for a wide variety of heat-related initiatives is growing both worldwide and in the United States. A bill introduced in the US House last year seeks to establish federal regulations granting workers in hot conditions paid breaks in cool spaces and access to water, and to limit their heat exposure. The legislation is named for Asuncion Valdivia, a farm worker who in 2004 suffered a fatal stroke after picking grapes for ten straight hours in 105-degree temperatures. In July, Senator Ed Markey (D-MA) filed a bill in the US Senate that would authorize the interagency National Integrated Heat Health Information System Interagency Committee (NIHHIS), created in 2015, to bolster heat preparedness/response and provide $100 million in grants to reduce exposure to extreme heat.

In cities, where high concentrations of buildings and paved surfaces absorb and amplify heat, so-called heat islands cause poor or minority neighborhoods to bear the brunt of broiling temperatures. Urban green space, which shades and cools neighborhoods, is shrinking—36 million trees in cities and communities were lost between 2009 and 2014, according to the United States Forest Service. But many cities are taking steps to combat soaring temperatures. Baltimore is growing its urban forest by more than 5,000 new trees per year and hopes to increase its tree canopy to 40 percent by 2037. In Athens, Greece, the city officials have created one of the largest water fountains in Europe, with water shooting twenty meters high, creating a cool micro-climate for several blocks in one of its hottest downtown centers. Initiatives like these, however, need more resources and more visibility to truly be effective.

Through the efforts of the EHRA and others, we can create new access to capital for cities to fund long-term, heat-reducing interventions, make cities cooler and more livable, and make communities more connected and ultimately, more resilient in the face of the stark realities of climate change. Considering the steadily rising temperatures worldwide fueled by climate change—and the increasing frequency of longer, more intense heat waves creating suffering and loss across the globe—there’s no time to waste.

Image: Boys cool off under a water fountain on a hot summer evening in New Delhi, India, April 25, 2016. REUTERS/Anindito Mukherjee